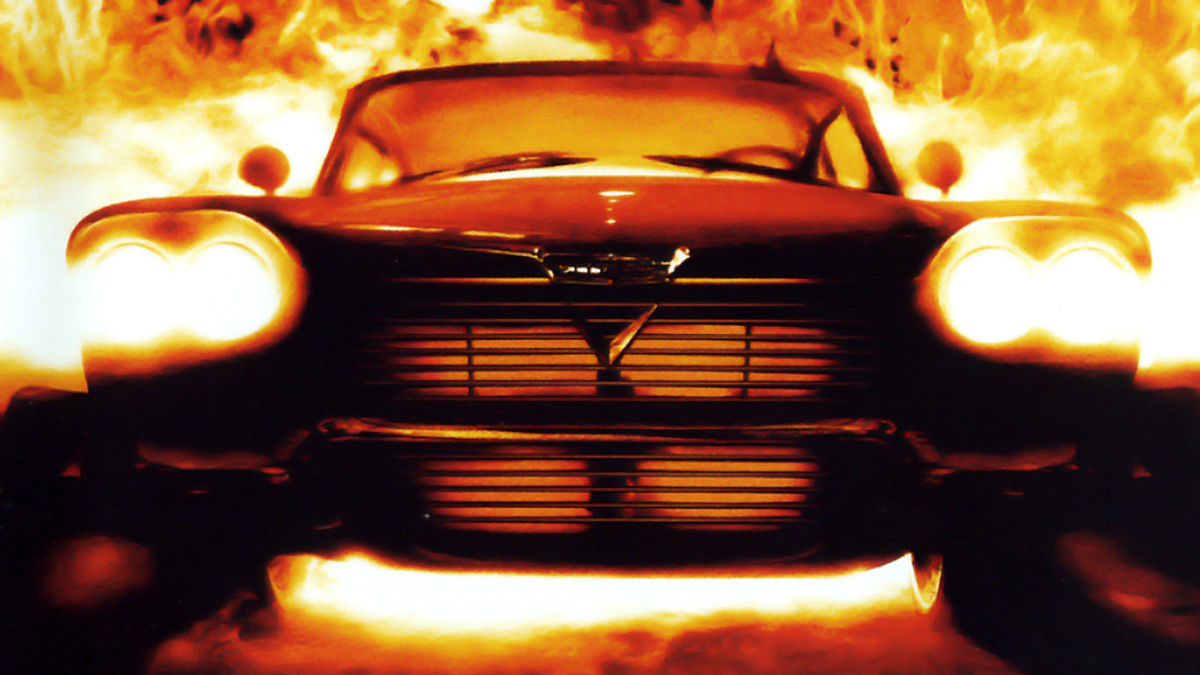 The bond between someone and their first car is unbreakable. It’s a strong love that one can’t rip apart. In the case of Christine, though, the bond can sometimes become deadly and infectious. Based on the Stephen King book ofthe same name and directed by John Carpenter, Christine follows the nerdy and unpopular Arnie, who just can’t catch a break until he buys and restores a classic car he names Christine. From here on out, Arnie becomes the shit! He gets the girl and a good ole’ confidence boost, and the bullies start laying off of him. Must be all in Arnie’s head, right? Nope. Entranced by Christine’s psychological bond, Christine and Arnie start killing the bullies that have ruined Arnie’s life, and become two disturbed peas in a pod. A detective, along with Arnie’s best friend and girlfriend, they try their hardest to break the spell. It’s pretty obvious from the above description, but Christine is fucking awesome. From the ridiculous scenes of Christine running over the bullies, to the weird tension between Arnie and the car, Christine just ramps up the absolute bat-shittery to 100 mph. It might not be the most famous or praised of Stephen King’s films, but it’s a damn good one and worth the watch. Haven’t seen it? Well, go down to the MFA to catch one of two screenings in honor of the late, great Harry Dean Stanton, who plays detective Rudolph Junkins. Celebrate Harry, King, and Christine, and take the ride!