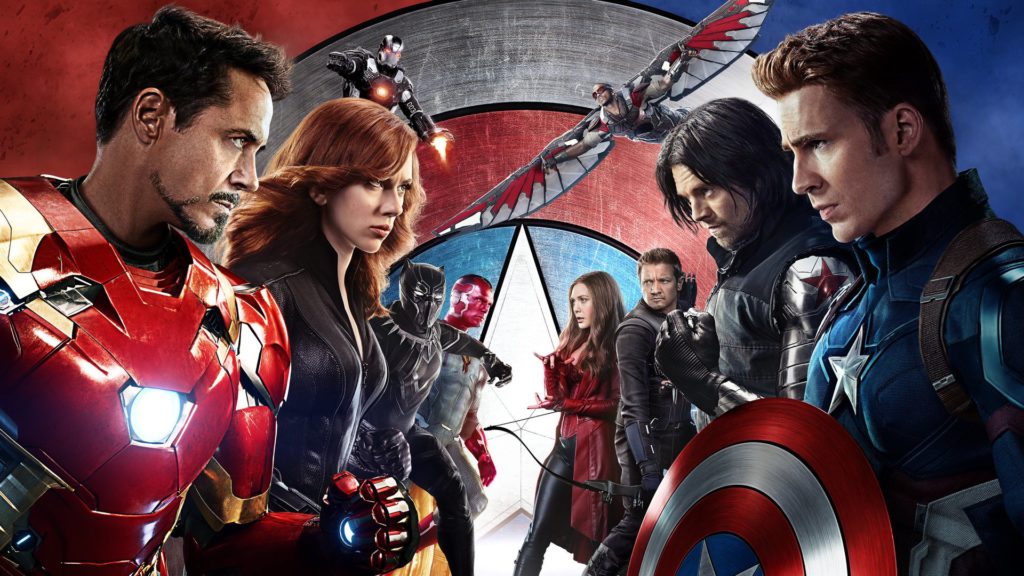 At this point, it’s not exactly cutting insight to point out that Marvel Studios rules the entire goddamn planet. When Avengers: Infinity War premieres next weekend, it will mark the 19th big-screen entry in the so-called “Marvel Cinematic Universe,” the brilliantly synergistic mega-franchise which allows costumed heroes to freely traverse into each others’ films. The previous entry, Black Panther, is still breaking records in its initial theatrical run, setting us up for a rare occurrence in which two films will be running simultaneously starring the same actor as the same character. This is in addition to ten TV series to date (with two more, Cloak & Dagger and New Warriors, set to premiere later this year), as well as assorted shorts and spinoffs. Each release dominates the box office and entertainment media for weeks on end, which, given their constantly increasing production schedule, gives them a more or less constant flow of income and coverage. Combined, the Marvel Cinematic Universe has grossed nearly $15 billion worldwide, a number that is literally growing by the day. To put it in terms of the MCU’s most recent acquisitions, Marvel Studios are no longer the scrappy underdogs of the early X-Men– they’re Galactus, devourer of worlds.

And I, for one, welcome our spandex-clad overlords.

It’s become a standard page in the hack-crit playbook to look down one’s nose at the superhero infestation. When a small film succeeds, the temptation is to thank the stars that it’s “not another superhero movie; when a superhero movie succeeds, they bemoan that it’s using resources that could be funneled into more deserving projects (as if Disney would otherwise use that money to make ten Jim Jarmusch films, and not, say, two forgettable Mark Wahlberg vehicles). And to be sure, many superhero movies are turgid punch-em-ups too vapid to enjoy their own excess (*cough*). But all of this is to ignore what makes Marvel’s efforts special– and they are special. For starters, there’s that gimmick of connectivity, which, while sometimes clumsily deployed, is a remarkable experiment that’s never been attempted on this level. But even that is to miss the larger point: that, for all the costumes and effects and tiresome third-act dogfights, the Marvel Cinematic Universe is built on the care with which its writers, directors, and (especially) actors create its cast. It’s not just spectacle– it’s the world’s most ambitious Robert Altman knockoff.

Take, for example, Captain America: Civil War, which screens tonight at the Video Underground. On the one hand, it’s one of the most action-oriented of the whole endeavor, the cinematic equivalent of covering the rug with your entire action figure collection and smashing them into each other. And the film’s central set piece, in which no fewer than twelve costumed heroes let loose on each other on an airport tarmac, is legitimately thrilling. But it’s only thrilling because we’re invested in each of these characters, even the ones who we’ve only just met (the film marks the first appearances of both Chadwick Boseman’s Black Panther and Tom Holland’s threebooted Spider-Man). Unlike most superhero movies, the drama doesn’t come from an alien invasion or a cape-twirling supervillain. At its core, Civil War is a film about the dissolution of a friendship between two characters we’ve spent years coming to know and care about: Tony Stark, the fast-talking playboy under Iron Man’s armor, and Steve Rogers, the true-blue force of goodness behind Captain America’s shield. When the two part ways, their assorted superfriends take sides, handily squaring off into pairs ranging from comic (everyman bug-dudes Ant-Man and Spider-Man, both of whom mostly seem happy to be there) to tragic (former partners and “work-couple” Black Widow and Hawkeye). As we were walking out of the theater opening weekend (and I suppose this is a MILD SPOILER for a two-year-old movie seen by millions of people), my girlfriend turned to me and said, “I hope Rhodey’s alright!” Traditional action movies end on a cliffhanger, but it’s a rarefied few– Star Wars, Harry Potter— which leave you truly concerned for your “friends.”

Of course, all good franchises wear out their welcome, and there will probably come a day when the Marvel Cinematic Universe starts to sag under its own bloat, and perhaps even becomes unprofitable. But for now, I see no percentage in looking down one’s nose at these noisy, bantery confections. Two or three times a year, we get to stand witness to one of the most remarkable hot streaks in movie history. At their worst (and I would go so far as to say that none to date are truly bad), Marvel still crafts perfectly reasonable excuses to spend two hours in an air-conditioned room with a handful of well-loved characters. At their best, they turn out some of the most terrifically fun, and unexpectedly heartfelt, blockbusters in popcorn history. This is one of their best. Exelsior, true believers.