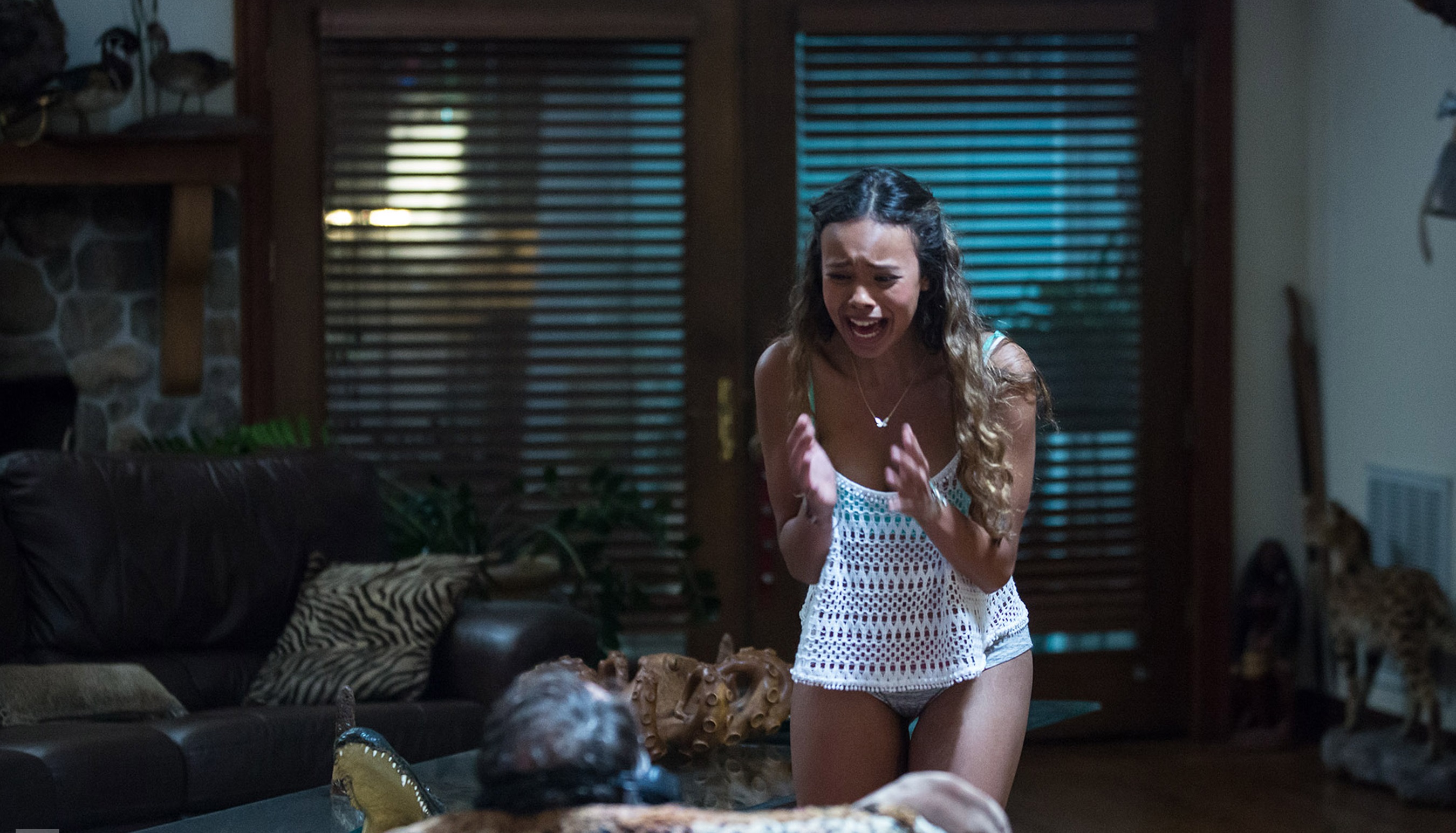 Recently, the ultimate king of trashy midnight cinema John Waters stated that the “midnight movie is dead.” And who could blame him? While trash cinema may still exist, the prospects of a midnight movie are all but gone, thanks to the onslaught of streaming services that took over the last 10 years. It looks bleak for the genre, but every once in a while a film comes out that gives me hope that maybe, just maybe, the genre that my naïve teenage years were based around may make a comeback soon. We just need the right film to kick off a new trend, and in my opinion, 68 Kill could very well be just that film.

Harking back to the ultra-violence, super sexual world of grindhouse entertainment, director Trent Haaga’s sophomore film explores the themes of masculinity and feminism with a dark sense of humor and a twisted grin on its face. Living a life full of disappointment and sex, 68 Kill follows Chip (Matthew Gray Gubler) and Liza (AnnaLynne McCord) as they are down on their luck, scraping at whatever they can make. To try and make up for their loss of money and with nowhere else to go, Liza concocts a plan to steal money from her current baby daddy. A reluctant Chip goes with her to steal the promised money when things take a turn for the worse, as Liza loses her mind and Chip realizes the mistake he made going with Liza. From here on out, 68 Kill spirals into a world of hyper violence and dark humor as Chip gradually loses his mind as well.

68 Kill is an insane and crazy concoction of Trent Haaga’s, who crafts a fantastically disgusting world full of killers, robbers, and some seriously sick individuals. Going from zero to one hundred in the blink of an eye, this film is a complete roller coaster into insanity like no other, and something I can see other directors trying to emulate, but failing. 68 Kill is the film the likes of Tarantino or Rodriguez tried to create with their Grindhouse double feature, or Rob Zombie with The Devil’s Rejects, but with so much more ease than said films. I have nothing but praise for Haaga for doing such a good job emulating the grindhouse feel. 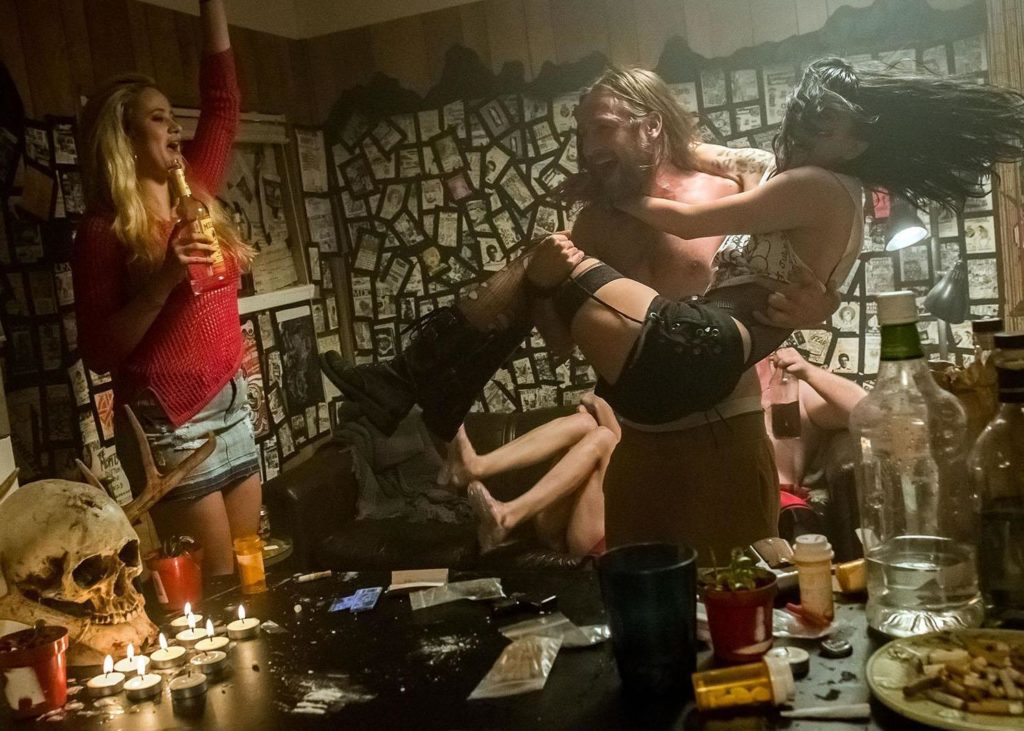 With that, Haaga does an amazing job as screenwriter, creating and crafting characters that we can actually care about! Too many times are characters thrown to the wayside and replaced with mindless acts of violence to maybe, just maybe, make us care about the actions on screen. Instead, Haaga makes us care about these individuals way before anything goes crazy, just by making them, well, human and realistic, even if the actions on screen are the exact opposite. By the end, you’ll be either feeling the pain with Chip or rooting him on for survival, and that can go miles for a film of this caliber.

On top of the perfectly executed darkly humor filled violence, Haaga introduces multiple themes that are deeply connected with each character. With the ultra masculine attitude being explored, the perverted male mind that constantly gets in the way of Chip multiple times and the strong feminist qualities that resonate throughout. There is so much more that lies beneath the surface, and the themes will last long after the blood soaked mayhem ends. What else was to be expected from Haaga, though, as he also wrote the criminally underrated script for Cheap Thrills and Deadgirl, along with his directorial debut Chop. Haaga’s films always screamed with themes that connect these characters into a bigger thematically charged story, and that’s already a successful formula in my book. I like a little substance in my horror.

If you are in any way, shape, or form a fan of trashy grindhouse flicks, then 68 Kill is the movie of your disgusting groundhouse dreams. It has everything you want from a socially satirical look on gender roles: gut-busting dark humor, over the top barrage of bodily violence and horror, and characters you root for in the end. 68 Kill is a true blast at the cinema, and hopefully this movie can garner a cult following and revive midnight cinema. Trent Haaga is consistently surprising me every-time he comes out with a film he has written, or in this case directed, and I cannot wait and see what he has in store next. All hail the midnight movies!