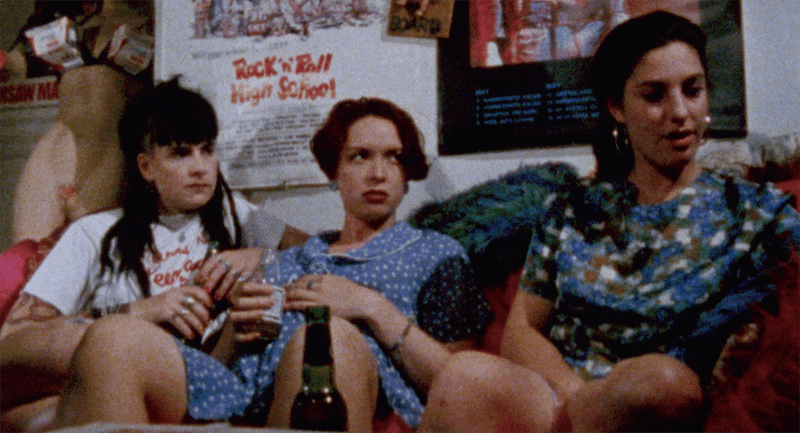 Before last week, I had never heard of Sarah Jacobson’s sole feature film, Mary Jane’s Not a Virgin Anymore. Now I’m just angry no one talks about it like the lo-fi masterpiece it is. Funny and charming with characters who feel just like real disaffected teens, Mary Jane’s Not a Virgin Anymore really took me by surprise. It plays like a younger cousin to Susan Seidelman’s Smithereens, though there’s more hope found here for Jane and her friends.

Thanks to the American Genre Film Archive, we at the Boston Underground Film Festival got to experience Jacobson’s work in the highest quality possible. Granted, that’s still only a quality slightly better than a VHS tape, but this film wasn’t meant to look clean. How could it? It’s a no-budget riot-grrl romp, too personal to be any more polished.

BUFF also screened Jacobson’s acclaimed short film, I Was a Teenage Serial Killer. This is an angry 25 minute journey, turning one woman’s rage against the patriarchy into a literal bloodbath. Obviously, it contrasted well with Mary Jane‘s more down-to-earth adventure.

Sarah Jacobson deserved more than she got. She was only 32 when she died of cancer, and we were robbed of her important vision and future works. This restoration is an excellent way to honor her work, and I hope more theaters show Mary Jane soon.

I Was a Teenage Serial Killer
1993
Dir. Sarah Jacobson
27 mins