Stace Brandt is playing a Hassle Show 5/15 with Bong Wish, Ned Collette and State Champion at Dorchester Art Project. Before the gig, the Boston Hassle had the pleasure of interviewing Stace Brant ahead of a show that brings together seasoned local vets in Bong Wish, along with national and internationally seasoned DIY vets in State Champion (Louisville, KY) & Ned Collette (Berlin-via-Melbourne). Before checking out that gig read what Stace has to say about songwriting, their favorite performances and more.

Boston Hassle: How important is the title of a song or album to you?

Space Brandt: I think names in general are simultaneously super arbitrary and important. They have the ability to change the entire feel of something. Like you could name a song something totally random out of left field that has seemingly nothing to do with the lyrics but then again you’re creating a new association and it becomes its own thing and what people remember. That being said, I think there’s more pressure to pick a solid album title than a song title because it’s representative of a whole collection. Either way, I’m definitely against forcing titles into place.

Speaking of titles, did you hear about the whole Mac DeMitski scandally thing? Shit is wild.

BH: How do you feel about the tag “freak folk”?

SB: Well first off, thanks for introducing me to that phrase. I just Googled it. According to the interweb, it seems like “freak folk” applies to a lot of inspiring artists today that I really vibe with who are super original and constantly going outside of the box structurally and rhymically in their music and also don’t seem to give a fuck about genre (Joanna Newsom, Animal Collective, Dirty Projectors, tUnE-yArDs). I’m down with it. Freaks for life.

BH: Have mediums outside of music (i.e. movies, paintings, dance, etc.) been important sources of inspiration?

SB: I studied painting in school and I think I write songs much in the same way I make paintings. I try to create a world and then live in it. First there is a sketch or underdrawing and the whole time I’m trying to figure out what the song is about. I never go in thinking “Ok, I’m gonna write about this now”. When I finally find out, that’s when I can move forward. A lot of times songs will take months for me to “complete” because I’ll be building and changing them every session. Also, like painting, I don’t think I’ve ever been satisfied with the final product.

BH: How do you know when a track or album is complete?

SB: So hard to know. I have a tendency to over-write songs. I won’t know how to end it so I’ll write another verse or an unnecessarily long outro part. Then when I get into the studio for pre-production I end up having to chop it down. I don’t think it’s ever really complete, but there’s definitely a point where the idea has come across and anything more is fluff. I had a poetry teacher once who said that when editing first drafts of poems, the writer should look three lines up from the final line and end it there.

BH: Do you ever listen back to a song after it is released and wish you had added or taken a certain element away?

BH: What was the most embarrassing thing you’ve seen at a gig (one you played at or were watching)?

SB: Oh man. A while back I was at a festival and Ingrid Michaelson’s banter was all about pooping. 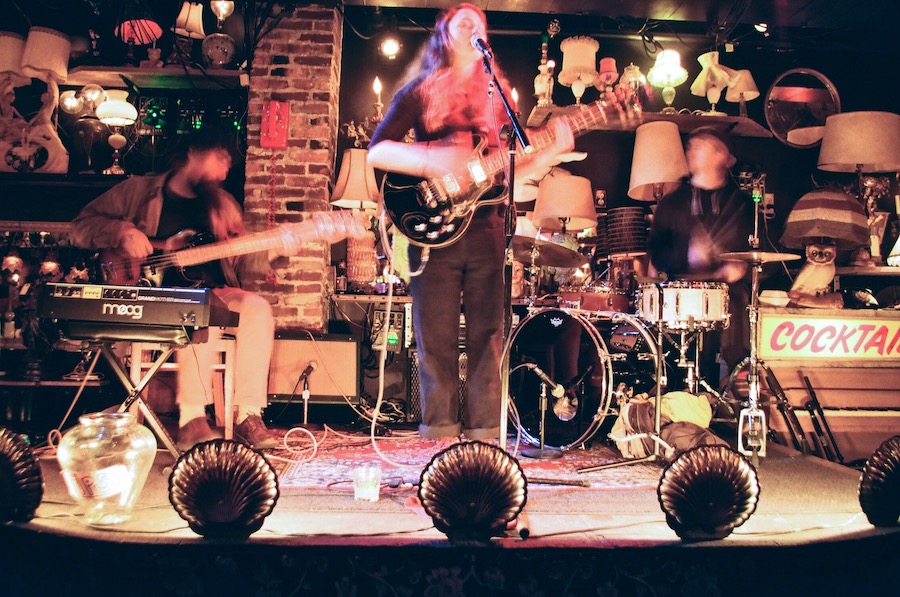 BH: How long does it take you to warm up for a gig? Any day of rituals or habits?

SB: If I have the luxury, I like to run through the songs once or twice. It always sounds better when I do. I try to eat mostly in the morning because I really don’t like to eat before a gig.

BH: Have you been listening to any local bands recently?

SB: Killian/Whall and (when I can catch them live) Home Despot. They both throw down.

BH: What was your all time favorite performance you’ve seen and why?

SB: Wow this is unfair. Can I do top three? Bon Iver (solo at Calvin Theatre in Northampton), Big Thief (at Boston Calling), and Radiohead (at Boston Garden). I will explain Big Thief: I saw them play at the Sinclair and they didn’t have Buck Meek (their guitarist) playing with them. They all seemed super uncomfortable and unsure of the songs. People were yelling “Where’s Buck?” at the stage. I was pretty disappointed. Then at Boston Calling they had Buck back and came out swinging. Adrianne ripped an unforgettable solo on “Real Love”. Absolutely killed it.