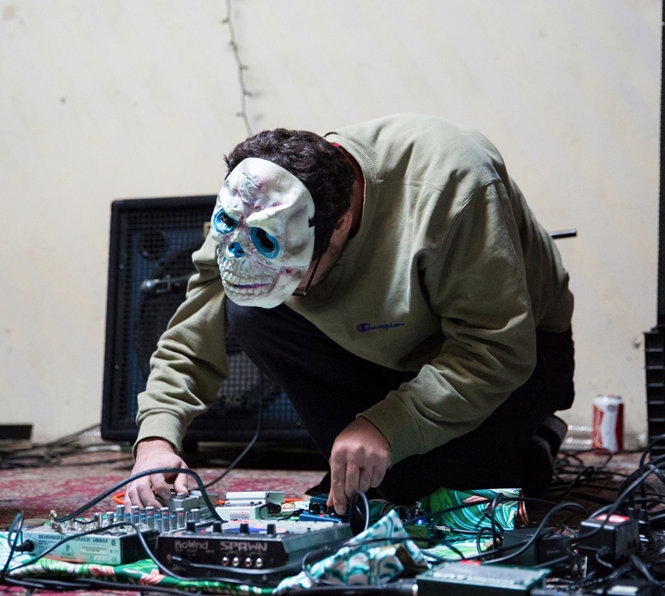 Catch the Boats’ Hassle Plague Series stream on our Youtube Channel on 5/26 @ 8pm!

Dan Shea:
How many boats, and of what models, do you own?

David Owen Beyers:
I can’t say that I own any boats, but I did have a Boston Whaler in the family when I was a teenager. It would be cool to befriend a dolphin though. Maybe one day I can swim with them!

DS:
How’d this project get started, and how long have you been making this noise?

DOB:
I started experimenting with guitar pedals in 2004 or 2005.  I got hooked on wanting to make noise music after my friend showed me Black Dice’s record Creature Comforts.  I was super into trying to figure out how they made all of their psychedelic sounds.  I was lucky enough to discover feedback loops while recording with my buddy Lost Boy? aka Davey Jones.  We were recording a record, and he was hogging an 1/8 inch adapter that I used to sample a boom-box.  I saw that a chromatic tuner pedal I was using had a second output.  I decided to see what would happen if I plugged a cable from the input of my pedal chain back into the output of the tuner pedal up the chain.  To my surprise, a juicy sine wave started doing it’s thing.  I’m totally into analog feedback loops, and no-input mixer manipulation.

DS:
Are you yearning to play live shows again or what?

DOB:
Most definitely! Being able to do this video for The Boston Hassle reminded me how fun it is to play live. I also can’t wait to play live with my band Bunny. We are an improv, noise, hip-hop duo. We love to be super spontaneous with the crowd, and get them involved. It’s harder for me to interact with the crowd when I play as Boatz because I’m so focused on the music.

DS:
What kind of beverages have you been enjoying lately?

DOB:
It may sound lame, but I have been drinking a lot of almond milk lately. I’m not much of an alcohol drinker, but last weekend I had a Polish beer called Zywiec. The town I live in on Long Island has a big Polish community.

DS:
What projects are you currently working on, what’s next, and what can we expect from your stream?

DOB:
I’m waiting on cassettes to come in the mail for my album Hydroplaning that I released on 420. My band Bunny is set to release a split called Zoom Zoomba with another Long Island noise duo named Everyone and Their Mother on June 4th. During the summer, I’m planning on visiting Dorchester to paint a mural at my friend’s house! For the stream, I pieced together movie clips, and clips of me playing live. Watch out for them emoji’s and an animated intro!! The performance has a lot of button mashing, improvised effects, and three remixes of friend’s music. If anyone can name all the movies that I used in the stream, I will give them a free cassette!!! 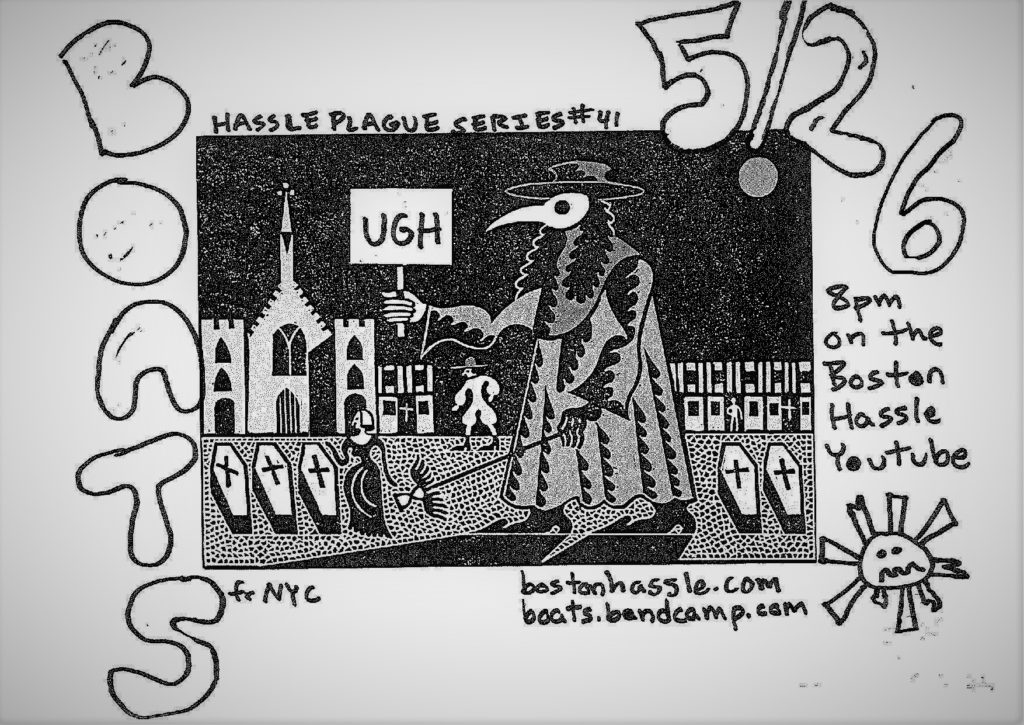