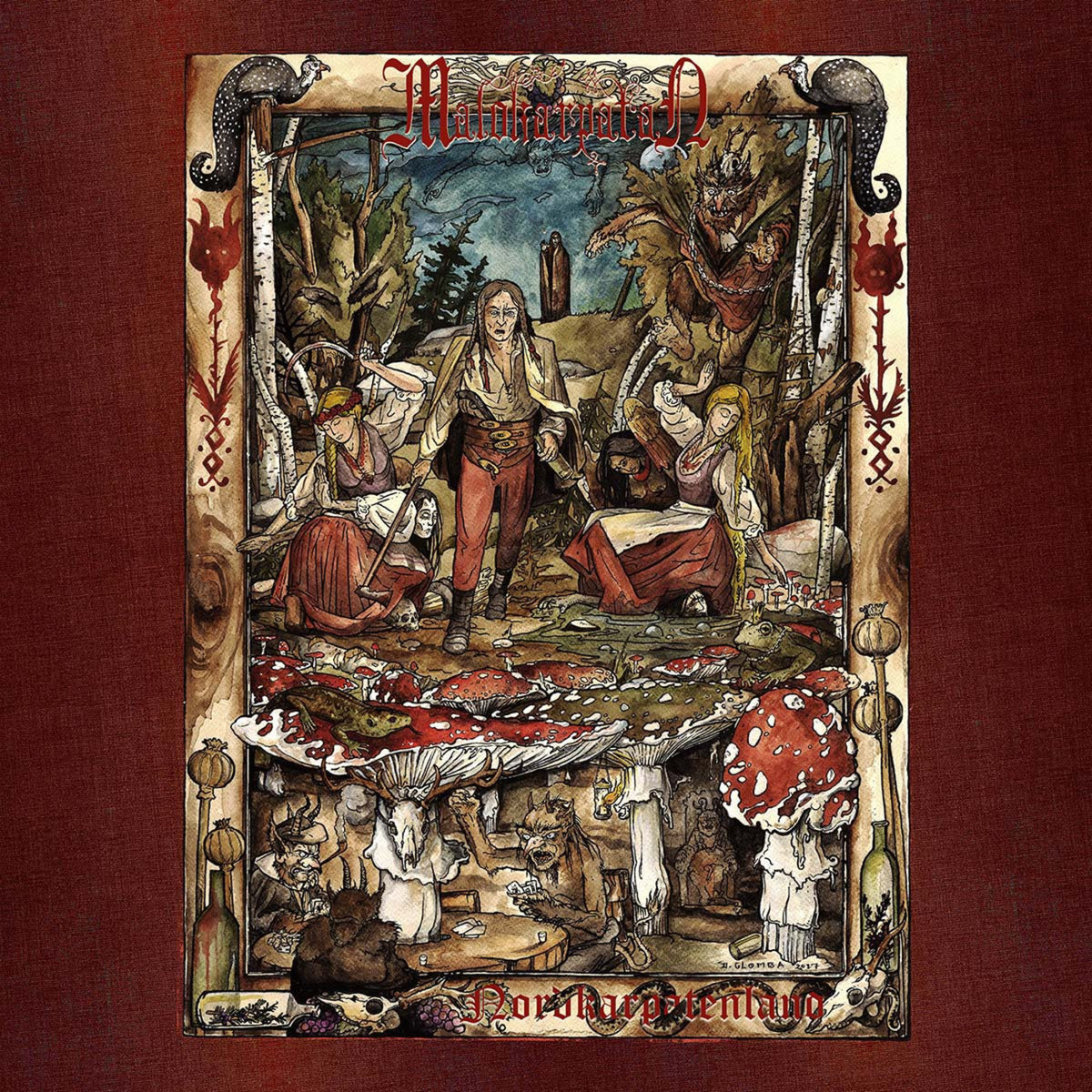 Firstly, this was my favorite record of 2017…the second full-length offering from Malokarpatan. Here we have the Slovakian quintet conjuring their brand of eastern European folklore, tall tales told through much drink, and blazing, ironclad, heavy metal, all through a dizzying array of styles and influences. Speeding first-wave black metal? Check. Catchy-as-fuck riffs stuck in your head after the first minute? Yup. High flying, Maiden influenced twin harmony leads? That too. Classical eastern European string and march interludes? Check. Unexpected early 70’s British prog synths? Sure, why not. As simple and off-the-cuff as they may sound at first, further listening reveals timeless, thoughtfully composed, SONGS. Not riffs strung together. Getting lost in the Melissa-era Mercyful Fate guitars just long enough until traditional folk instruments with Viking metal vocals and arrangement appear from nowhere, and once you can absorb that, you’re thrown into a motorcharged, bastard Venom riff. With those UGLY, UGLY vocals reminiscent of Master’s Hammer, spat out and growled with no rhythm. I get the feeling that these guys truly don’t give a shit about anyone’s opinion of them and are just doing everything they want to without thinking twice. In a sea of predominantly boring “retro” bands, they take well known heavy 80s sounds, with a slightly more modern Viking influence, way past the usual trappings and trends of most of their peers. Oh and the song titles are hilarious – Ked starého Bartolína ze šenku na táčkach zvážali (When old Bartolín was driven back home from the tavern on a wheelbarrow), V okresném rybníku hastrman už po stáročá vyčína (In the provincial pond, a water goblin has been raging for centuries).

Space Camp – Overjoyed in This World

Let’s just get the elephant out of the way and move it to the next room: times right now are rough. Unexpected,…

If there’s one thing Boston’s Shane Dylan and Kofi Lost have in common, it’s their ear for lush melodies that transport listeners…