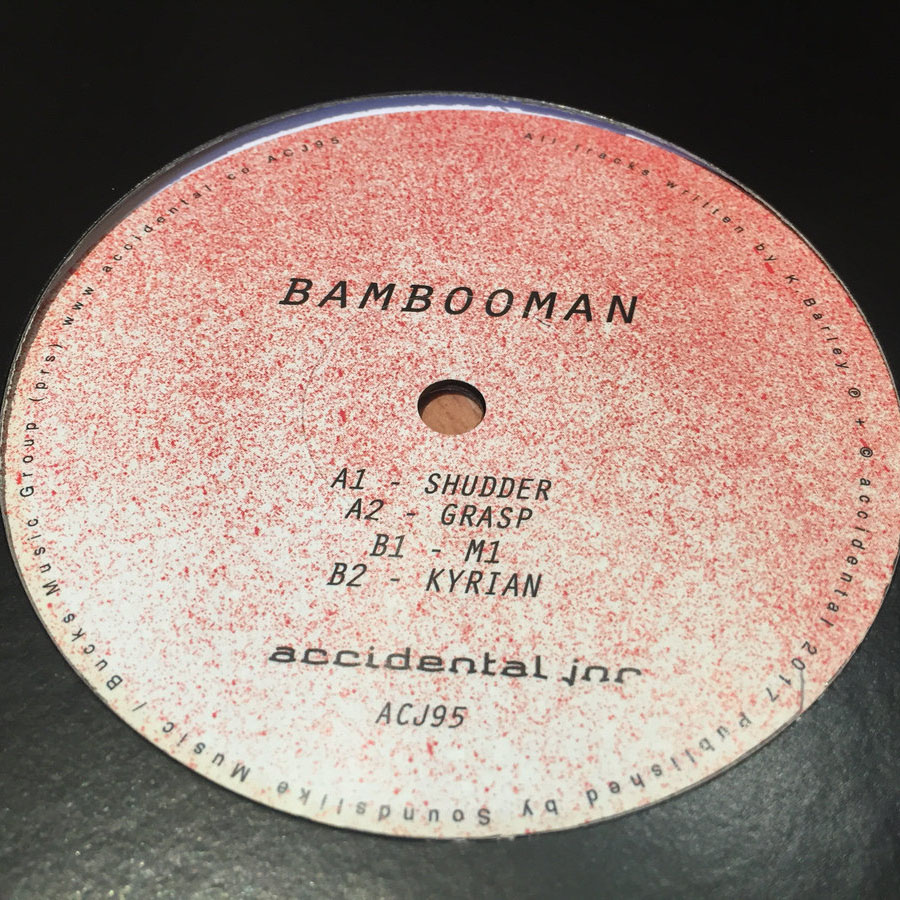 Bambooman has a new EP on Matthew Herbert’s London based label, Accidental Records. In it, the British beatsmith puts up four quirky dancefloor numbers, weaving through bass, house, and hip-hop worlds with considerable agility. Compared to his past productions, which channeled elements of Sepalcure and Mount Kimbie, these tracks are more continuous, more ironed-out, and more textile than collage; but that’s not to say the disk fits squarely in the dance-music bin.

The title track, “Shudder,” opens things up with a curious jolt–its synths, snare, and kicks all yoked to the same lurching stutter. With power chords over double-pedal kicks at times, and gummy-candy bounce at others, the track brings together disparate kingdoms of mid-aughts pop and mosfet metal under one groovy boom-bap. This same hip-hop element takes center stage in the sweaty, squelchy second track, “Grasp.” The track’s syrupy house, dusky incantations, breathy pressure, and rustling hand-bells culminate in the entrance of an understated (but wonderfully gratifying) synth anthem. Bambooman shows a talent for revelatory off-peak fare here, piecing together a soundtrack for the restrained ecstasy that dancefloor early birds know so well.

Bambooman’s sort-of-songcraft past peeks through a bit in Shudder‘s B-side cuts, which at times stray toward strophic structures. Take the drum roll in EP closer (and personal favorite) “Kyrian” – an awkward moment, maybe, to end an otherwise stellar romance built between 7/8 stammer and a lithe vocal loop. What follows is a straightforward four-to-the-floor juxtaposition of those same elements, proof to me that the best dance music is the stuff that keeps you on your toes.