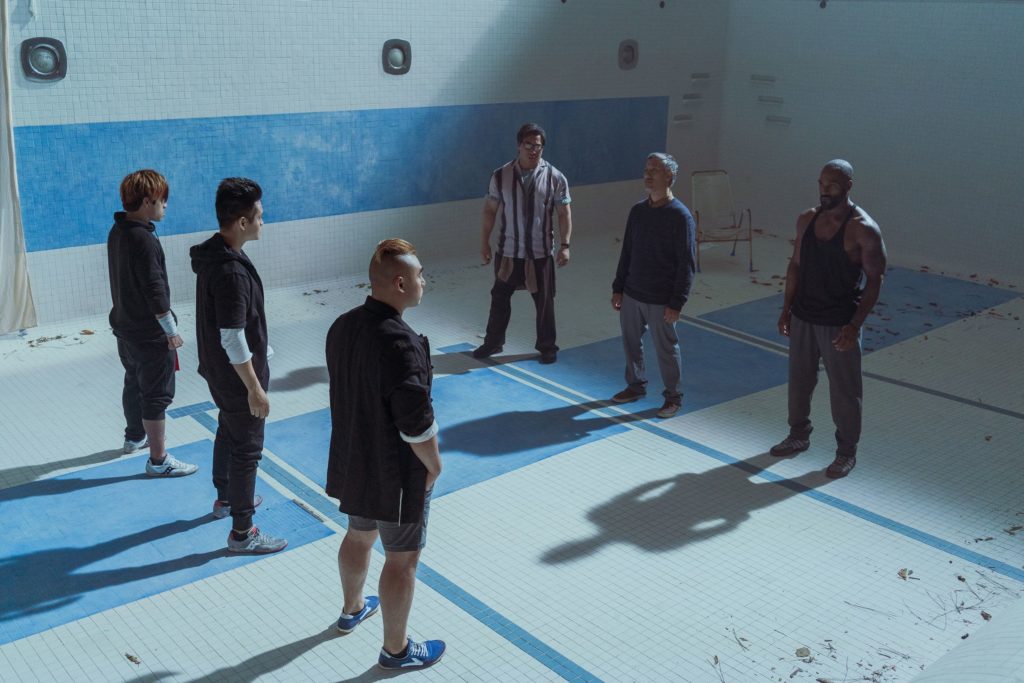 In these uncertain times, mindless action is a fun filibuster to emotional politics. However, it’s intriguing that in the latest trend of movies that use martial arts as the primary verb/hobby, filmmakers still don’t cast members of the Asian American community as the leads. Do they really need to? The practice has planted itself in this country, mutated and adapted over again for decades, where pieces like The Art of Self-Defense and Cobra Kai don’t feel like they approach the border of appropriation. In fact, featuring Asian characters might feel like we’re enforcing the wrong idea, right? But in seeing The Paper Tigers under the hands of director/writer Bao Tran, martial arts feel right at home.

Tran uses the opening credits as a charming instrumental for the leads’ lives; Daniel, Hing, and Jim are legendary Sifu Cheung’s (Roger Yuan) Gung Fu disciples, known as the Tigers. We see their growth through their VHS collections, from nervous teenagers who couldn’t look at their Sifu in their eyes to swaggering college dudes, dazzling to watch and probably offensive to hear. Their wide-eyed joy, especially when Daniel is accepted to a tournament in Japan, heads way to twenty five years of blackout, in which the Tigers had then dissipated into the mundanity of adulthood and from each other. And then, Sifu Cheung mysteriously dies behind his restaurant.

At this point of their lives, Daniel (Alain Uy) juggles between his job’s high demands and the pending custody of his son, Hing (Ron Yuan) is living off workers’ comp after suffering permanent leg damage from falling off a scaffold, and Jim (Mykel Shannon Jenkins) is teaching MMA to contentious students. At Sifu’s funeral, childhood nemesis Carter (Matthew Page) hints that there may have been foul play afoot surrounding their master’s death, but refuses to say more because he’s an ass. I’d say that the game now begins, but the tomfoolery had already started from the first punch. 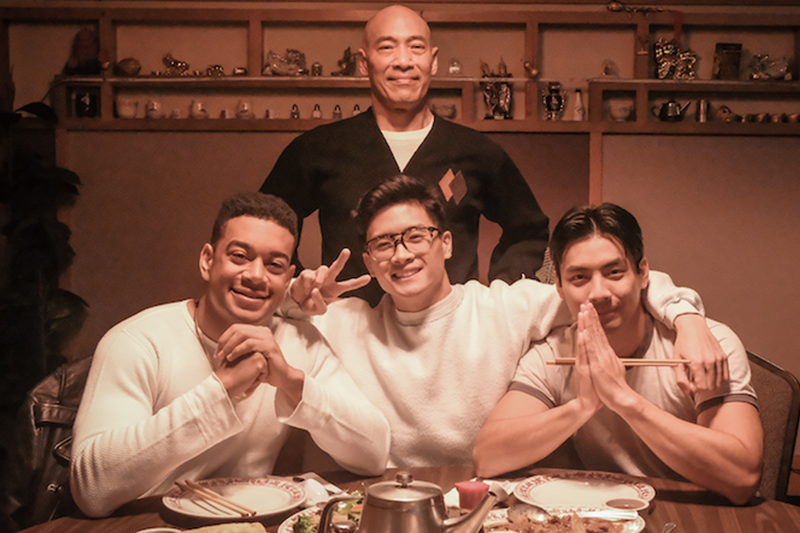 A STILL FROM BAO TRAN’S THE PAPER TIGERS; THE THREE TIGERS (CUBS) AND SIFU CHEUNG

The charisma of the Tigers, down to their literal reiterations of the past, sweats out in every scene that they’re in. It’s understandable to surmise that the cast had grown up together, learned how to spit sunflower shells together, and been taught how to order the right things in the right order when they’re at dim sum together. Their closeness isn’t shown-and-told in tailored scenes, but delivered as casual asides that evoke the first line of laughter and second thoughts after. We can watch these guys exchange words and beimos (a formal tradition meaning fisticuffs in three rounds) for hours, but the gang’s mystery solving show must go on.

Outside their circle of brotherly quips, the Tigers find themselves in silly predicaments. In their first beimo, they face off against harebrained twentysomethings (for some reason, I’m convinced they’re supposed to be a Seattle-streets Ginyu Force, but that’ll involve a whole set of critical analogous thinking that I’m not quite ready for), a ruse that may seem like one side is heavily weighted over the other (or is it?). In the second, they confront Carter, whose passion for Gung Fu had transformed his scrawny kid-who-wears-a-trenchcoat-to-school body into a now Jean van Damme-like sifu who spews Chinese proverbs (“A fortune cookie made of white flour,” Daniel muses). On a normal day in their youth, the Tigers would have been able to skip on pebbles, flirt with women, and claim victory all in the same prance. But the challenges are now within their dusty skills, cracking spines, and worn knees. Long forgotten are the pre-battle speeches; now we’re hoping they would stretch.

I’m trying not to tell too much, but even if I did, The Paper Tigers delights and surprises in ways that surpasses any plot giveaway. “Earnest” tends to be overutilized for independent projects that, while lacking a large budget, show transparency in their sincerity and effort to show us a story. When I use the word, I often let it shadow the film’s misgivings and holes that may have been overlooked. Here I say it to the fullest extent of genuineness in fun and in reflection of the future we can choose for ourselves. But for now, let’s just do karate in the garage.

Screens virtually at BAAFF on October 24 @7PM and will be available until October 25! Q&A with director/editor/writer Bao Tran and actors/”Three Tigers” Alain Uy, Ron Yuan, and Mykel Shannon Jenkins to follow.