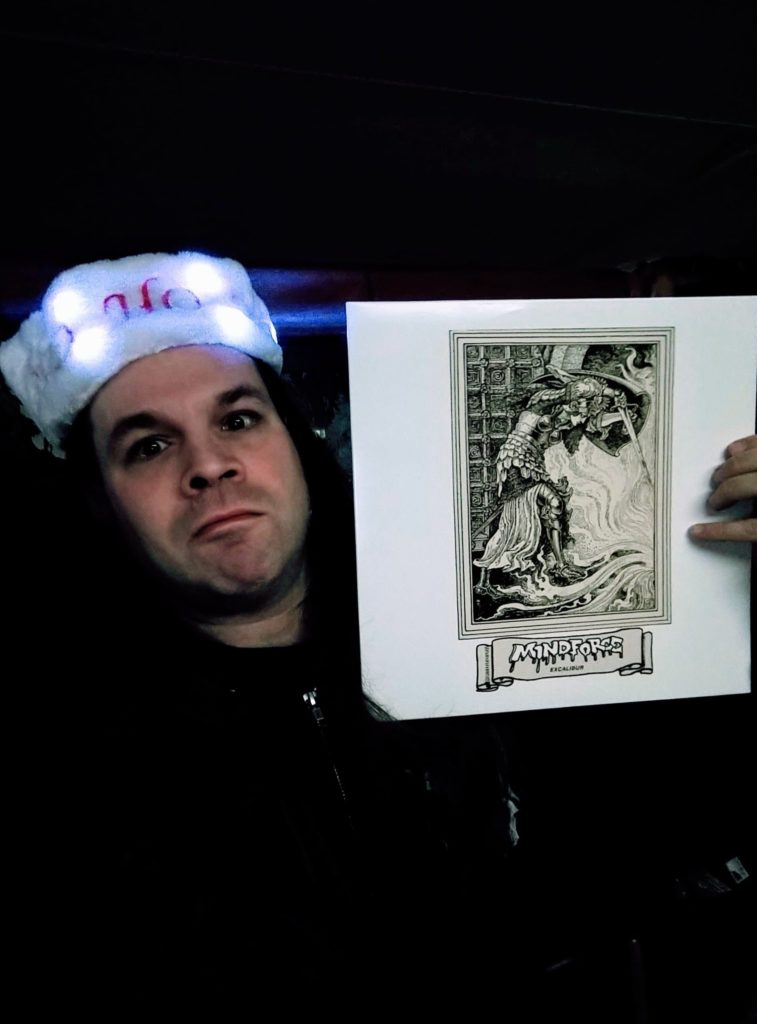 One of my most anticipated releases of this year. Simultaneously lush and sparse blackened doom metal from Norway. The songwriting is their most focused to date, with the meandering leanings of their early output reigned in with a bigger riff focus than ever before.

Theatre of Morbidity marks the return of one of my favorite current day death metal bands, and I am not disappointed one iota. Heavily influenced by Repulsion and mid to late 80’s Death and Grind in general, with an understated powerviolence undercurrent, this Cassette only full length is an early HW Bush administration era’s tape trader’s wet dream.

As much as I love crawling, desperate and doomy death metal, there has been a glut of bands slowing it down and grinding it out in reverence to the Peaceville 3, Disembowelment, Winter and early 90s Finnish DM in the past couple of years. Few bands within that said glut can give the titans that they are inspired by a run for their money. Innumerable Forms (the brainchild of local renaissance man, Justin Detore) is indisputably one of those bands. With a (punishingly) fleshed out lineup on this recording, Innumerable Forms has created a moody depressive slab with energy (those solos!) and memorability readily apparent in the songwriting.

Welp, these Torontonians have done it again. Backing away a bit from the clangy Alex Webster inspired bass sound on the debut, the “classic death metal style that could be from several different scenes / countries / eras at the same time” vibe is honed to scythe sharp on disc numero dos. Catchy, brutal riffs with a touch of melody litter the entirety of this record.

Boston area label Triple B has been releasing exceedingly good hardcore records for over ten years now. Richmond’s Candy may be the very top of the heap for young bands (along with Mindforce) due to their forward thinking approach and unique melange of influences. Good to Feel is a hyper abrasive, yet totally accessible listen peppered with plenty of stomping metallic tempo changes rising from a sea of breakneck Japanese style hardcore fast beats. Touches of other influences(notably Brit pop on the last track) and a masterfully controlled touches of pure noise make this LP one of the most refreshing hardcore records that I’ve heard in some time.

A very late entry for me, but this debut LP from the Hudson Valley’s newest rippers has really grabbed me by the proverbial windpipe in the past month or so. Although Mindforce’s influences are quite apparent (late 80’s metallic HC and Crossover), their approach and energy reveals them to be far more than a simple throwback. With a keen ear for rhythmic pacing vocally and within the riffs, Mindforce’s assault seamlessly blends thrash metal and the primordial beginnings of what hardcore would become as it emerged from the late 80s.

Ghastly’s sophomore LP, Death Velour was easily the most emotionally impactful and moody Death Metal records of 2018 in my humble opinion. Slightly proggy, with a dense cloud of the Macabre floating over the entire effort, these Finns belt out some of the creepiest riffs in the game and create a soundscape of pure dread.

Speaking of a horrific ambiance looming over a violent recording, I’d be remiss to not mention this very late addition to my list. This LP features deceptively simplistic and memorable riffing in the style of vintage hardcore and vocals straight from the subconscious of a slasher flick villain.

I can’t think of a more apt title for this LP. Tried and True is the very first full length of Waste Management’s 10+ year career and it is well worth the wait. Traditional fast and turgid east coast hardcore with a distinct Discharge / Bastard (Japan) bent. A quick slab that pulls no punches and sticks in the gumline.

After loving the crap out of their demo last year, as well as the output of their related project Perverted Ceremony, I was happy to absorb a full length offering from this primal Belgian black metal band. Inspired by the late 80s / early 90s demos of bands outside of the Norwegian sound (save maybe for some Wrath of the Tyrant esque sounding keyboards), Moenen of Xezbeth’s grimy and mid paced hypnotic approach is quite captivating. The dirty tone of the guitar accentuates the mesmerizing riffs rather than holding them back. This was one of the few Black Metal releases this year that got my attention, and held it.

Liked it? Take a second to support Pat Wilding on Patreon!