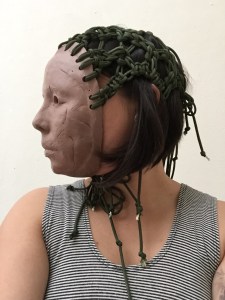 Lani Asuncion’s approach to art is constantly in a state of upheaval. While transporting herself from gallery to gallery, city to city around the world, she is in constant conversation with all aspects of her environment. Every human, plant, structure, & engine is accounted for & reasoned with; caressed yet left undisturbed.

Born in Northern California & raised in the Ryukyu Islands of Okinawa, Japan, Asuncion was a part of a military family & travelled from Japan to the Blue Ridge Mountains in Tennessee then to Oahu Hawai’i. Gathering inspiration from her travels, emotional highs & lows & the humans & environments that contain them, the focus of her work has remained the same: a reclamation of narrative contrary to that of colonialism.

Her vitality for life translates into her performance art that obligates accessibility beyond gallery walls, city limits & depthless interpretations from critics. Themes of colonialism, social politics, memory, & time run like a seam over the course of her 10+ year career. To unravel these themes & explain their efficacy brings you into the universe of Asuncion where each work carves a surreal place in the viewers memory.

Lani was kind enough to take time from her busy schedule to talk with the hassle about identity politics in relation to her work ahead of her performance & visual collaboration at Dreamscape 16 this Saturday at Hope Central Church in Jamaica Plain, Boston.

Chris Hughes: What can the audience expect on Saturday at Dreamscape?

Lani Asuncion: It will be a multi media performance piece incorporating live sounds and live performance conjuncted with video in the venue.

CH: How do you view and define power in the context of live performance art?

LA: I think having the artist and participants present creates a natural power dynamic and compared to a video thats viewed passively, in performance there is no negating the person present. That brings power to any piece. With that put in the context of colonialism and performance, the ‘other’ is not present making me as an Asian American woman, an other, creating a power dynamic that focuses on my identity.

CH: What is the relation to your identity in the context of your work? Do you pull a significant amount of inspiration and motivation from these thoughts directly?

LA: Its a starting point because its a history of my life as a mixed-race person. As such, I’m always negotiating these different experiences. It begins to make sense to address it in my work especially thinking about artwork as communication, its not just about language or race that adds poetry, its about the entire experience and environment.

CH: Why do you feel its practical to convey your message through a variety of media?

LA: I like the immediacy of performance, and that it is ephemeral. We live in an immediate time where media is being consumed all the time. I like challenging that, and using it to my advantage as a contemporary means of communication. There is also an aspect of pairing the most current future up against the past like that of the medium of video referencing the concept of the captured moment in time as memento mori. I’m dealing with historical things in my work. There are things in the past that affect the present. Performance creates as much presence as possible in the pairing of ephemerality in conjunction with a concept, addressing fleeting ideas like time.

CH: I admire your usage of the term ‘Land Poetics’. Care to elaborate on this?

LA: Land is exocitized or fantasized, the idea of paradise, I think theres a way to encounter that, especially with a land of history. There is a way to still capture the beauty of the land just by capturing in real time, amongst the beauty is the pain of time, of history. I don’t edit my work much; in some work I edit the time to slow down, speed up, or reverse. Overall, I do long shots in real time because the land itself has its own poetry especially of a land that has been forgotten, neglected, or disregarded as valuable.

CH: How do you think land poetics translates & connects to contemporary social politics?

LA: Places can be so loaded that have past war trauma or areas that are being currently gentrified. There needs to be a reminder that land has value. The land has its own beauty. Sometimes places can be so commodified they can be forgotten, as well as the connection we have to that land. As for the connections, I don’t have an answer but I try my best to have a reference or framework for the landscape I’m working in to be seen through. 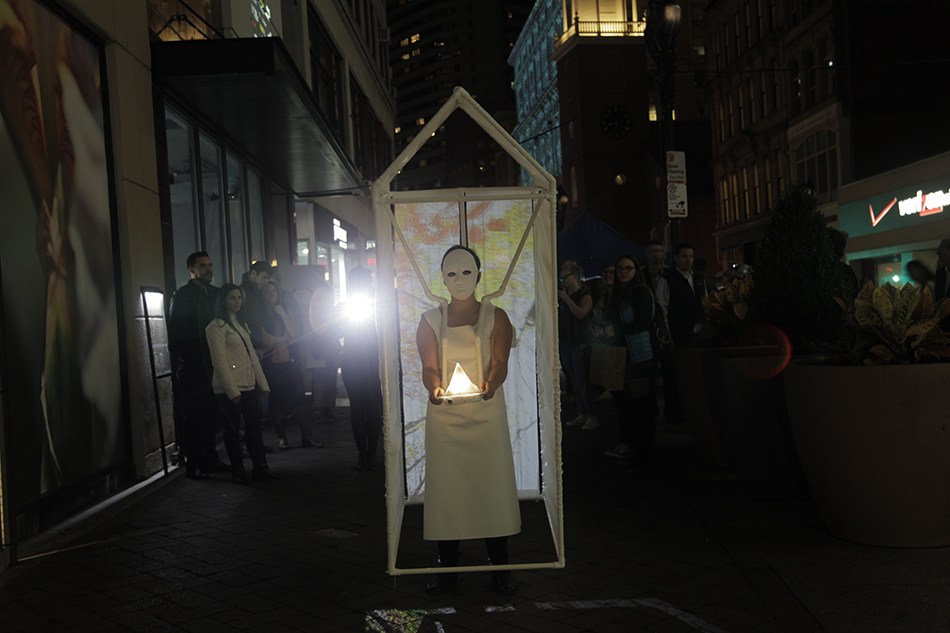 CH: I read a quote by author, artist & activist Alok V Menon stating: ‘the commitment to aesthetics is an extension of our own politics.’ Do you have any immediate thoughts on this?

Stain from Lani Asuncion on Vimeo.

Chris Hughes //// is a poet & writer from Boston, Ma & music editor of bostonhassle.com. //// They can be reached at [email protected] or @crsjh_ via instagram & twitter.

Ocean Wong is an artist, illustrator, and photographer from Hong Kong now living in Boston. Ocean and I caught up via phone…