Following my work from 2015, where I would have an object connected to a media piece (Good Boy and Trake2500bs), I felt like I really needed to combine the two into a more cohesive whole. 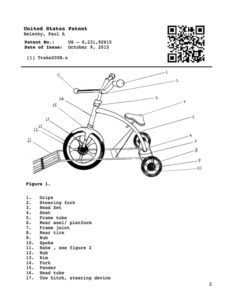 The first iteration in the series was Lamp. In this piece I examined the structural similarities between a band saw and a film projector. Both are thin ribbons that are moved through an area of function by two motorized wheels. I combined a filmstrip projector and a band saw and was able to project the moving silhouette of the blade. To truly realize this piece I needed a way for it to display itself. This is where the lampshade came in as a surface for back projection. Let me tell you was another attempt to attack the problem of having a sculptural and media component in one object. The walker and CRT TV are both objects associated with age, in this case vehicles for older members of society to retell their stories to the younger generations. This is why in this piece the VCR is playing surveillance footage of the sculpture in various locations into the TV. The piece recalls it’s existence and retells a choppy and static filled story of itself to the viewer. Alcocinema came out of a documentary I watched on Russian parallel cinema, where it showed a group of colleagues in Moscow who would drink as a protest to a social issue and record the drinking on video. My first step in working with this idea was to host my own Alcocinema, in protest to social apathy. Our motto was “We will drink until you care.” I was then stuck for a long time with just an enormous amount of footage of a group of people getting drunk without much purpose. To add that additional layer that would bring this work past a long weekend party Snapchat, I decided that engaging the viewer into the protest was necessary, so it became a karaoke video.

The biggest we caught is just the biggest thing we caught. I’m not sure what it is, but it’s big! This piece is a departure from the other ones I’ve talked about so far. Here I was more interested in the display of roadside attractions. With the large sac and the patriotic color scheme I hope that it creates a bit of concern about what is actually caught. Tune in next week for more from our Artist Spotlight Series.