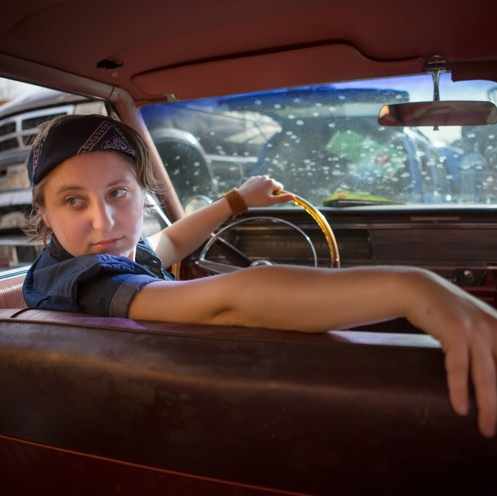 Boston’s Happy Little Clouds are an exciting and intriguing young band.  I had the opportunity to speak with singer and guitar player Jac Mestel about everything under the sun, or at least the clouds.
Hassle: So the band’s been around about 8 years. Please tell me a little how it all got started and how it’s evolved to where it is now.

Jac: The band was started by me and my former drummer, Alex Toorish, back in 2010.  Alex and I mostly played as a duo over the years, but at times we found other guitarists and bassists to join us. Alex ended up moving on to other things in 2016. There have been so many iterations of the band by this point that it’s hard to keep track, but the current lineup with me on vocals and guitar, Rainy on drums, and Bishop on bass is definitely an amazingly powerful one. They both bring such oomph to the band musically. They are both really brilliant at their instruments; it has taken this band to another level. Hoping we can all stay together for a long, long time.

Catching up with Joe Queer (AKA Joe King) on 40 years of The Queers!

The Queers are a pop-punk band implanted in New Hampshire over 40 years ago. Though, when I say pop-punk, I am…