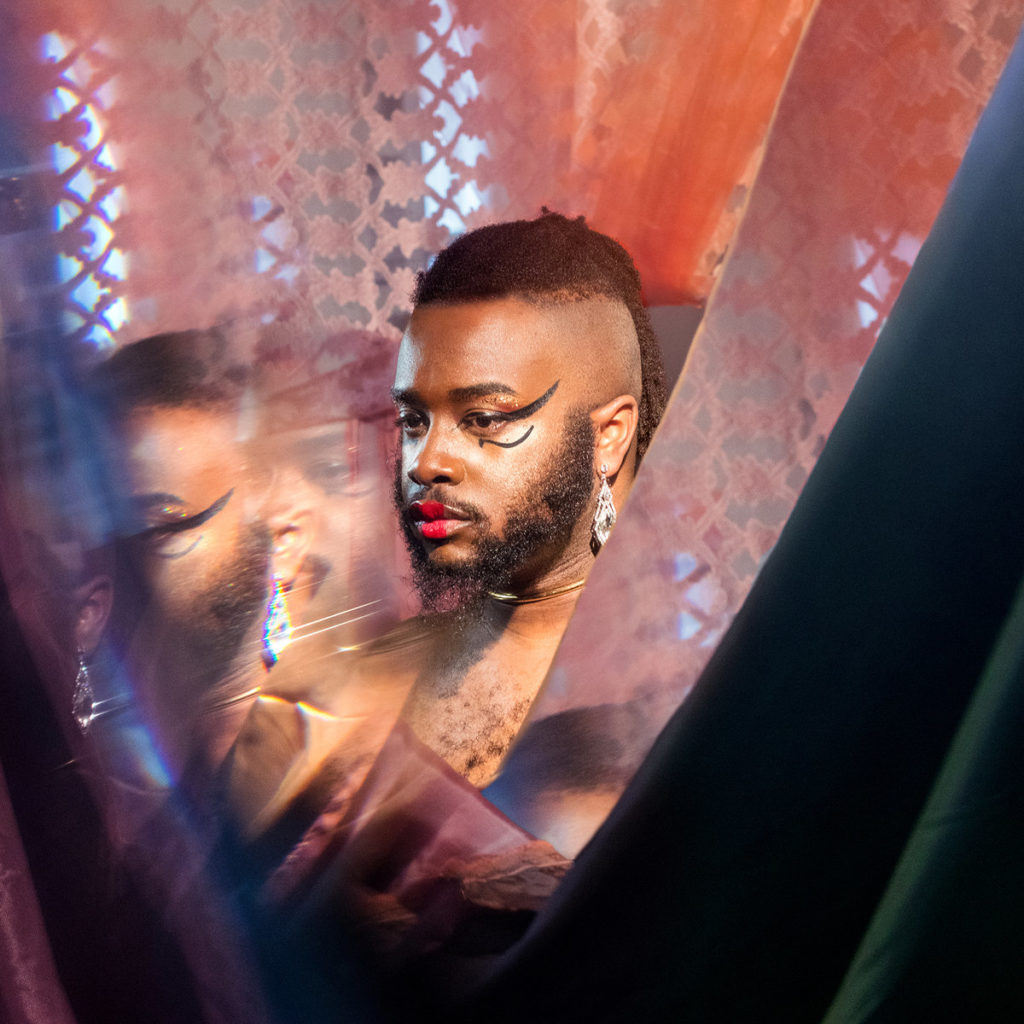 For better or worse, musicians are often remembered for their first impressions. It can be hard for even the greatest artists to escape the shadows of their earliest works, and the pressure that results when such an emphasis is placed on the debut can smother artistic expression for young creatives. Every now and then, however, someone comes along who seems to exist completely – remarkably – removed from that pressure. Baltimore’s Abdu Ali is one such person, and, on their first full length, presents a work crackling with creative energy, and one of the most essential records of the year.

A self-proclaimed exploration of Ali’s personhood, FIYAH!!! functions as a vessel for beauty and imperfection, virtue and fallibility, anger and love, all things that make up a human being. It is a plain and unforgiving snapshot of the human condition, made both broad, by its abstract concepts, and deeply personal, by its explorations of black and queer cultural history.

The city of Baltimore figures heavily into the eccentric and often jarring sounds on this record. Marching band, Baltimore club and Vogue, Motown, gospel, free jazz, punk, and more all collide here, shattering each genre before arranging the pieces into a new musical mosaic, a history of a city and its people. It’s a record that defies musical convention while still deifying those musical pillars that came before it, a record that manages to speak innumerable truths with each new sound. In Ali’s own words, “everything that I am and everything that I am not.”

This isn’t to say, however, that the record is all about philosophizing or abstraction, because saying that would mean ignoring just how fun the record is to listen to. Opener “F.U.F.M.” lets a booming 808 run wild over a club snare, free jazz brass, and slices of processed noise. “Spiraling” fuses hand drumming with horror movie synthesizers. Other tracks like “DaWon” feature pop melodies drowned out by distorted drums and a choir of increasingly dissonant backing vocals.

There’s a sense of humor about the material presented here, as though Ali would prefer the listener loosen up a bit and shake their ass instead of stroking their chin. That sense of humor, though, quickly and consistently transitions into moments of violence, and of profound darkness. This is, perhaps, best exemplified by tracks “Peggylude I & II” the first of which finds fellow Baltimore artist JPEGMAFIA roleplaying as a hater secretly desperate for a shout out. It features some of the most hilarious quotables of the year, and references both Ali’s chest hair and Jaime Fox’s hairline. The second interlude, however, finds JPEG speaking plainly and from a personal standpoint about the hopelessness of being “black and creative in 2019.” It’s clear that relief is an important theme, but also that relief is never absolute.

Ali themself says that the record was made in an attempt to understand how they could “unleash social political critiques, emotions, and personal traumas into a musical abyss of revolution.” They are asking – with every moment of harsh noise and every series of dance rhythms – how individual and cultural expression can survive, and be used to positive ends, in a world full of hatred and evil. It’s also only the first step in Ali’s journey toward a fully realized musical identity, and any artist asking questions this big, and making records this ambitious has their work cut out for them. Ali, however, is clearly more than qualified, and has, with their debut project, established themself as one of the most exciting figures in underground rap music.

Dissecting the Right Side of Rig’s Brain

Emotions associated with avoidance live in the right side of the brain — but the only thing Rigs dodges is logic….