Angela Sawyer is the host and producer of this wild comedy event that brings together a massive swath of the greater Boston stand up community to tell their first joke of the new decade!!!!!!!! Crazy stuff!  The kind of stuff that we have certainly come to expect from a person as special as Angela! – DS

Dan Shea: 100 First Jokes. How did this idea come about, and is this a tradition?
Angela Sawyer: Okay, nobody knows exactly how many years ago 100 First Jokes started but it’s been around as long as I’ve been telling jokes, and we all know that it happens every year at Improv Boston in Central Square on the first day of the new year.

DS: How would you describe the Boston area’s comedy community?
AS: The comedy community in New England is really wide ranging, and with literally hundreds of performers going up during these four hours, you can see a huge variety of people who will definitely keep you laughing. There are performers from age 16 to over 65, they come from as close as down the street and as far away as Los Angeles and New York City, and there are people who just started a couple of months ago and those who have been doing comedy for 25 years. 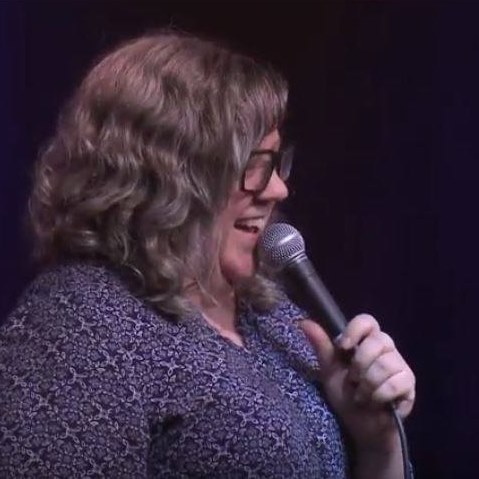 DS: I am assuming you will be telling one of the 100 jokes, how do you decide what your first joke of the new year, new decade even, should be?
AS: The show is a little bit like a conga line, each performer tells one joke and and it will be their first new laugh of the year and of the decade.

DS: What’s your favorite comedy venue in Boston and why?
AS:Improv Boston has comedy shows 7 days a week and it’s one night when they really give their venue over to stand up in particular.