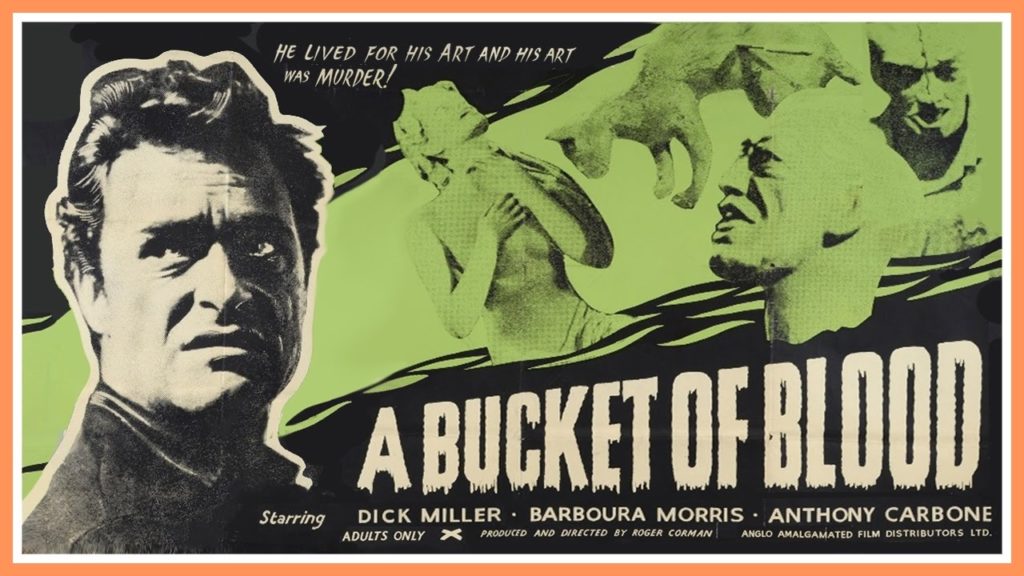 Roger Corman occupies a curious place in Hollywood history. Over the past sixty-five years (and counting!) he has directed and/or produced over 400 films, nearly all of which belong to genres ending with “-sploitation.” His films primarily graced screens at drive-ins and grindhouses, before making the transition to grimy video store shelves and deep in the submenus of assorted streaming services. His stocks in trade include rubber monsters, co-ed nurses, greasy hoodlums, and female penitentiary inmates. And yet, Roger Corman is revered among those who wouldn’t be caught dead watching the films of his competitors. His discoveries over the years include Martin Scorsese, Jack Nicholson, Francis Ford Coppola, James Cameron, Jonathan Demme, and (as a director) Ron Howard, all of whom hold him in the highest regard. He has been the subject of numerous retrospectives at such venues as the Cinematheque Francaise and the MoMA. The man won a lifetime achievement Oscar in 2009, for god’s sake. Not bad for the director of Attack of the Crab Monsters.

Apart from the legacy of his proteges, the secret to Corman’s durability lies in his films. As a rule, the output of most prolific exploiteers is decidedly scattershot, but Corman’s hit-to-miss ratio is surprisingly strong. Even his worst films (at least through the first thirty years or so of his career) are eminently watchable, and his best are actually pretty damn great, from the gorgeous string of technicolor Poe films he directed with Vincent Price in the ‘60s to the deathless Ramones vehicle Rock & Roll High School, which he produced. Though notoriously cheap when it came to budgets and schedules, Corman put a deceptive amount of care into his films. He may have made schlock, but he made the highest quality schlock on the market. 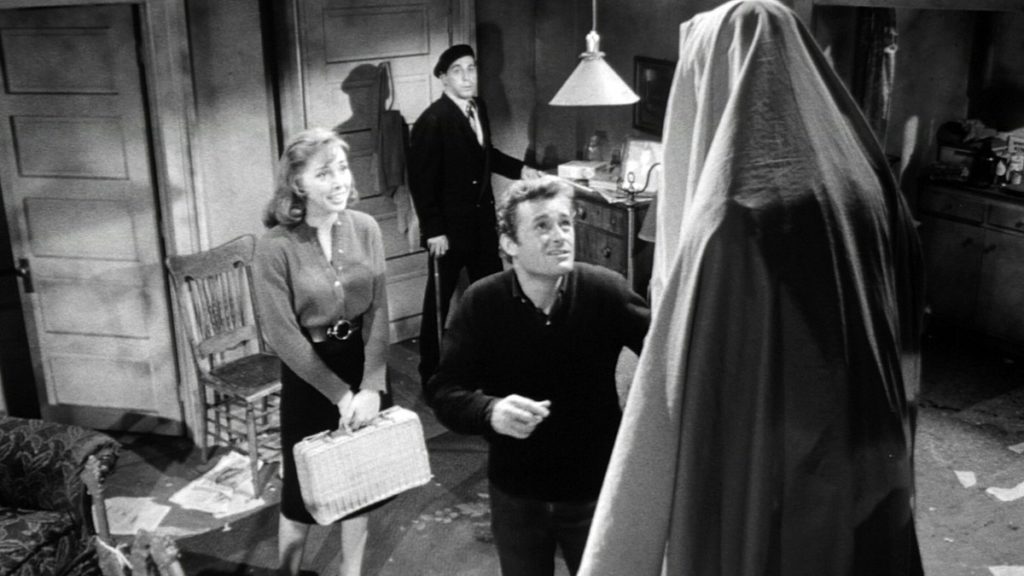 Perhaps nowhere is this dichotomy clearer than in A Bucket of Blood, Corman’s cultishly-adored 1959 black comedy. Bucket tells the story of Walter Paisley (beloved character actor Dick Miller, in the meatiest role of his career), a nebbishy busboy at a beatnik cafe who desperately wants to be accepted as an artist by the club’s bohemian clientele. One night during a fruitless attempt at sculpture (“Be a nose! BE A NOSE!!”), Walter accidentally kills his landlady’s cat, covering it up by encasing the poor animal in clay. When he brings it to work, he is praised for the “realism” of his sculpture, and asked if he has anything else. I won’t spoil the rest, but suffice to say his next sculpture is titled “Murdered Man.”

Make no mistake: A Bucket of Blood is a phenomenally cheap movie, even by Corman’s standards. It was shot in five days on a handful of grey, boxy sets (which would later resurface in Corman’s even-cheaper Little Shop of Horrors, along with Bucket’s score, plot structure, and leading man). The cat which Walter supposedly kills has clearly been stuffed for years, and none of his sculptures measure up to the praise bestowed upon them by the rest of the cast. And yet, Bucket is also widely regarded as one of the most accurate depictions of the Beat generation ever captured on film. The beats who frequent the Yellow Door aren’t your typical beret-and-bongos sitcom stereotypes, but feel authentically eclectic and bohemian. The film is “narrated” by Maxwell, a bearded, sandal-clad poet who is hilariously pretentious, but also not bad. Credit is due to Corman, who spent a good deal of time in actual beat digs to get a feel for the material. In doing so, Corman created in five days what any number of “real” filmmakers couldn’t: an honest, authentic depiction of a truly singular moment in history.

Of course, if that’s all A Bucket of Blood was, it almost certainly wouldn’t be screening on Halloween night in a double feature with Herschell Gordon Lewis’ Blood Feast. More than most comedies of its era, Bucket remains genuinely subversive and funny. Corman has claimed it to be cinema’s first black comedy; this is clearly preposterous (even if you narrow it to “horror comedy,” James Whale had him beat by a couple of decades), but Bucket does have moments of startlingly funny bleakness. Few films of the era, for example, contain explicit jokes about heroin use, and fewer still use them as a setup for a scene in which the protagonist splits a police officer’s head open with a pizza tray. But, crucially, the film also manages to be immensely likable. Miller shines in a rare leading role, and the supporting cast (including Corman regulars Barboura Morris and Antony Carbone, and future game show host Bert Convy) all handle the film’s off-kilter dialog with aplomb. Roger Corman has never been under the impression that he was making art, but when it comes to making Roger Corman movies, no one has ever done it better.