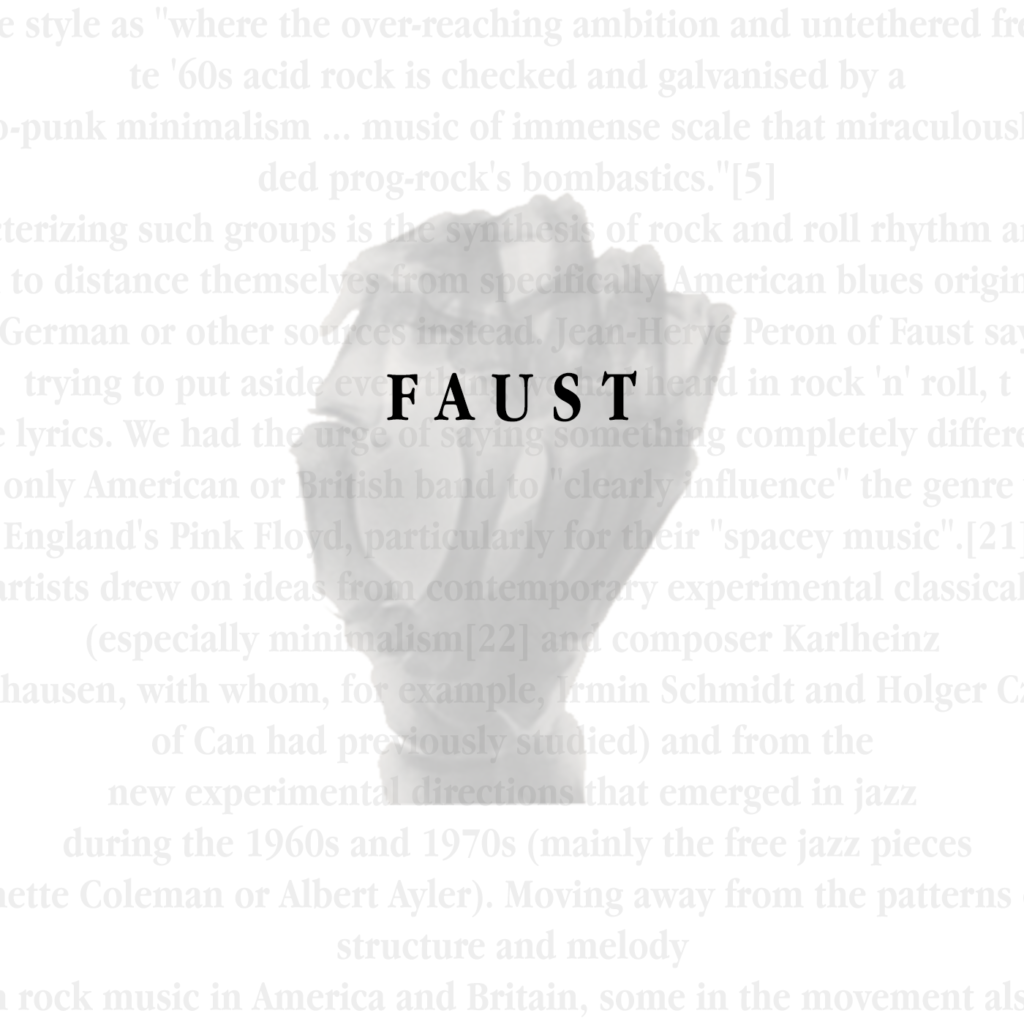 As a Hassle volunteer, I chose FaUSt to interview the same way I would chose any other band we book – I played their lil’ soundcloud link our on our lil’ janky website, and I liked what I heard. That was it. See, until two weeks ago I had never come across the name FaUSt. And for a brief moment, about one day between listening to their track and plugging their name into google, I though the band was another rad local group. Oh boy, was I mistaken. Turns out, this sweet local experimental band I was digging was only one of the biggest hidden gems of the late 1970s Krautrock movement. I went through, I think, a natural process of feeling a little out of depth – but reading more about the band in recent years, I realized they were not precious about their roots; not interested in some big-upped idea of “legacy.” If all traces of their old work went up in smoke, they would still be here, just as passionately, putting out music for us to hear. FaUSt’s latest release, Fresh Air, is at once contiguous with the band’s history of free playing for an innovative experimental sound, yet not dependent on the band’s past to deliver. True to the album’s name, FaUSt allows any kind of fan – the old and the new – feel like a first time listener, and reap the rewards of coming in fresh. 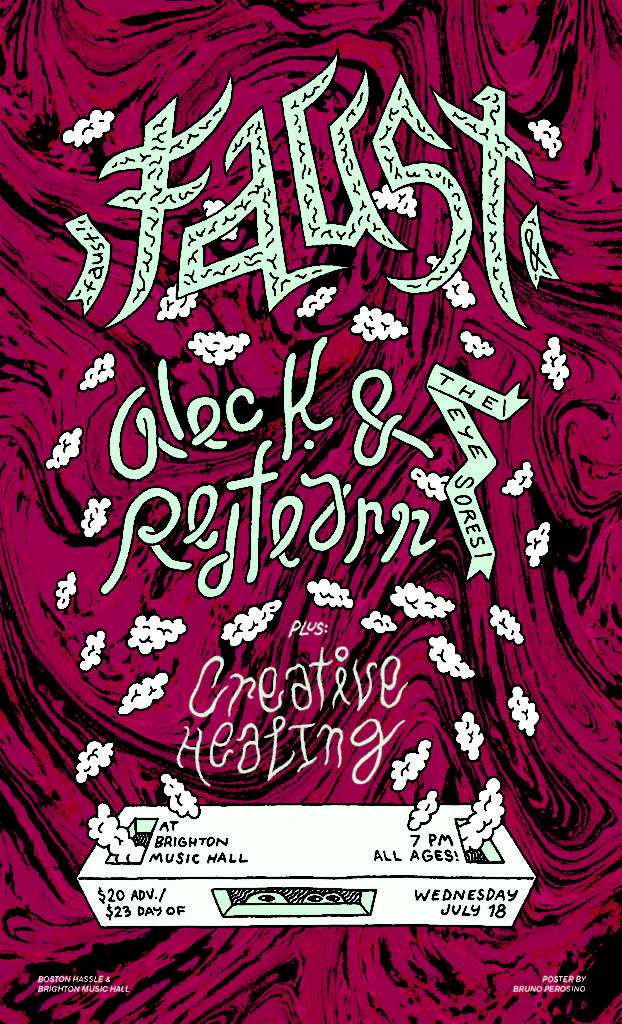 And here’s a short chat with FaUSt’s Jean-Herve Peron where questions were asked, words were exchanged, exclamation mark and ellipsis are used, and we get to the bottom of nothing in particular and everything all at once.

Lauren: What do you think about the current trend in nostalgia with film remake after remake?

JHP: Sadly I am not a keen movie-goer, so not the best person to ask about film issues. As a general comment , I consider nostalgia as an halthy process; on the opposite side of innovation. One pulls forwards, the other backwards, and thus make us focus in two directions…always a good exercise for the brain. Innovation leads you in yet unknown places – creating excitement yes, but also unbalancing feelings – whereas nostalgy leads you back to known territories. Some of them might be comforting, some of them saddening.

L: I ask because you say that in making this new album, you are not trying to get back to any sound or music movement; just step forward and be FaUSt. Do you think listeners, especially those who know your work, are taking that step with you?

JHP: Ha! I hope so…and knowing the community of the friends of our music, I rely on their broadness of mind. We never expected to please the audience and never aimed at swimming main stream.. So far, our audience has accepted this approach and motivated us to keep on that path. Many of them recommend our music to their children, even to their grandchildren.

L: I’m curious, have you observed changes in the London, US, Germany underground scene from the 70’s to now? Could you describe the changes, if any?

JHP: Briefly here: after the upheavals of the 70s, it seemed to have grown quiet on the art scene…the young generation was obviously unhappy with the political and social landscape . Today, I observe a huge growth of political engagement, of social concern, of environment consciousness probably due to the general drift to the “rightwings”. ..maybe a simple phenomenon of physik.

L: Lyrics in Fresh Air seem to be more music sounds than language. Was this intentional? Do you think being a polyglot band has effect on how you make music and the music you produce?

JHP: Such an excellent question! But first, I would not quite agree with your first statement. Language is of course also music but the lyrics of Fresh Air…well SOME of the lyrics … are intended to be a clear message.

As for the fact that we are a group of very various provenances and languages, yes, there is an interaction when we perform. Some words are in a language we don’t understand (like the austrian dialect of Zappi, or the very fast english of Barbara) and they trigger emotions rather than meanings…we like to introduce languages in our productions that are not widely spread (tibetan, swedish, polish, icelandic…etc…) and when it comes to that, then I agree with you, language becomes pure music.

L: Why the change in how you write your band name? What’s the significance of the capital ‘US’? Is it a word play or just aesthetic?

JHP: It means “us.” The two of us: Zappi and Jhp. The idea started when producing the album jUSt where it is only Zappi and myself playing, just US … and maybe a bit further back when we produced the album “You Know US”… I love to play with typography and double sense words …

L: When you make music, do you think of it in terms beyond notes – like architecture, colour, smell?

JHP: I Think a lot about geometry when it comes to bass playing… When playing trumpet, I travel in the past when I learnt how to play… I love the magic moments where the player disappear and only music remains. This happens when rehearsing for a long time and your fingers/voice do things without you really controlling it.

Zappi has the privilege of “not thinking at all“, just following the very moment inspiration…

L: And lastly, hopefully a fun question – if you could describe your ‘sound’ without using generic terms (i.e experiments, ambient, etc), what would it be? For example, the feeling of spitting out cat hairs from your mouth, or, turning on a blender and holding down the lid – are a kind of category in this question.

JHP: Ha! Ok, interesting…let me think …a coffee percolator in a horse stable …mmmm…yes , exactly that!

A 7 minute history lesson for a 7 question interview, courtesy of the BBC

Liked it? Take a second to support Lauren Shapiro on Patreon!