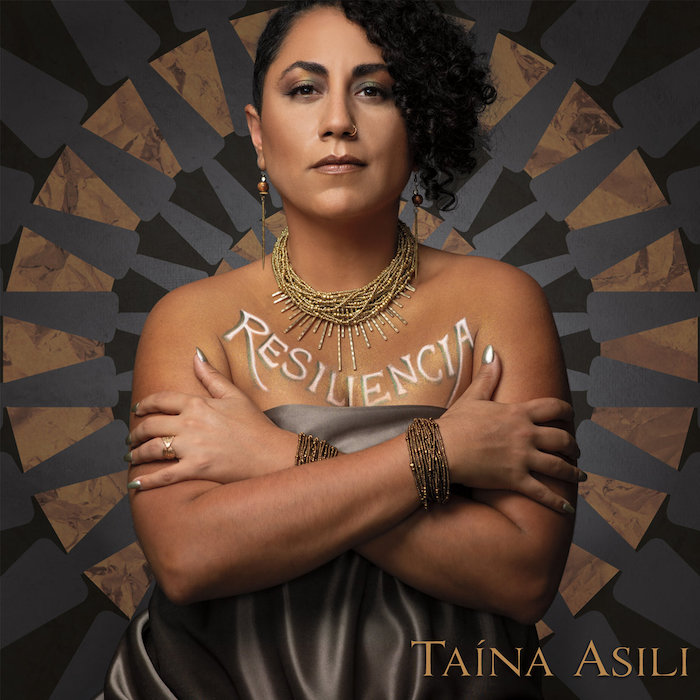 Taína Asili is having an album release party in celebration of her new work Resiliencia this upcoming Sunday June 9th as part of Break the Chains at Bella Luna and the Milky Way Lounge in Jamaica Plain. I am honored to have taken the time to have e-chatted with her ahead of one of my favorite queer events on Boston’s queerest weekend of the year. Taína and I e-chatted about how unique Boston is, Break the Chains, and of course her music of rebellion.

Boston Hassle: What are you most looking forward to this upcoming Pride Weekend, aside from your fabulous show of course?

Taina Asili: Though I will be performing at Pride events throughout the nation this June, from World Pride in NYC, to Baltimore Pride, to San Francisco Pride, to Albany Black & Latinx Pride, I am particularly excited about celebrating Pride with my queer community in Boston. Though I live in Albany, NY, Boston has become a “home” city for me, and an incredibly important place for me to cultivate queer community in my life. For example, I have performed at the Break the Chains monthly queer dance party hosted by Evan Greer for the past four years, and her and I have had many queer musical adventures together, including a special Break the Chains tour in Europe. I also regularly attend social justice and music events in Boston, which has allowed me to connect and build with people who have become some of my most beloved queer familia, some of whom are now even musicians in my band. What I am most looking forward to is getting to dance it out with them this Pride weekend and all month long.

BH: Your New Album ‘Resiliencia’ is smooth, loud, and visceral and human in its energy and scope. Tell us about what folks should expect from this upcoming release party.

TA: Our musical performances are always high-energy and joyous and also infused with themes of love and liberation. The majority of our set at The Milky Way will definitely be the most hi-energy songs from our new album Resiliencia. Some of those favorites include the title track “Resiliencia” which is a Afro-Latin-rock fusion ode to the resilience of Puerto Rico, our reggae-salsa fusion track “Decir Que No,” our ska queer anthem “Who I Am,” and our reggaeton reclamation of joy track “La Alegria.” We will also be performing some favorites from our previous albums including “Sofrito” a salsa-hip hop fusion track I recently performed at Carnegie Hall, and our Anti-Trump anthem “No Es Mi Presidente.” Folks should definitely come ready to dance to the rhythm of rebellion!

BH: Let’s talk about the album, clocking in at a little under an hour, the songwriting spans many issues and is also very fun to listen to. How did it come about, were there any highs and/or lows in the recording process?

TA: This new album is part of a bigger project that I have been working on for the past four years when I received an artist residency in my community. I started by selecting women of color in my community who have inspired me, and then interviewing them about their stories of resilience with the intention of creating compositions and short documentaries based on their stories and wisdom. I ended up interviewing fourteen women across the U.S., Puerto Rico and Canada, and they became the inspiration for my new album Resiliencia, as well as a documentary series I am releasing throughout the year. There is so much to share about the experiences I have had writing this album, but probably the most impactful of them all was when I travelled to Puerto Rico shortly after hurricanes Irma and Maria hit the island. I travelled throughout the island to document the aftermath of the natural and unnatural disasters (as a result of U.S. colonialism) our boricua familia were enduring, and I also interviewed four women artists and activists I knew on the island about what they had experienced and learned during this time. What I witnessed and what I learned were so impactful that I decided to make a 30 minute documentary and make the song I wrote from this experience the title track of the album. A shorter 10 minute version of that documentary is available on my Youtube/TainaAsili page as a part of my documentary series.

BH: Your music packs a socio-political punch, but is still fun to listen to and dance to. Why do you think its important to combine political messages in your music?

TA: As a queer Puertorriqueña and mother my identity and existence is an affront to those who hold political power in this country. Therefore, every breath I take, every moment of joy I reclaim, every statement of my truth I tell, and every song I sing is an act of resistance and a contribution to our collective liberation. I follow in the footsteps of my Ancestors who taught me the power of music to reclaim our humanity and love in the face of inhumanity and hate. Music is one of the most powerful creative tools humans have to manifest change in this world, and I intend to use this gift the best I can to offer justice and healing in our world.

BH: Do you have any pre-dance party warm-up tips or tricks for newcomers to Break the Chains?

TA: What I love about Break the Chains is that people can show up as their full selves. No specific attire or dance moves or identities required. Just come ready to feel the rhythm of rebellion and see where it takes you.

The piano ballad is a tricky thing, always teetering on the edge of camp and sentimentality. There’s a reason most indie rockers…