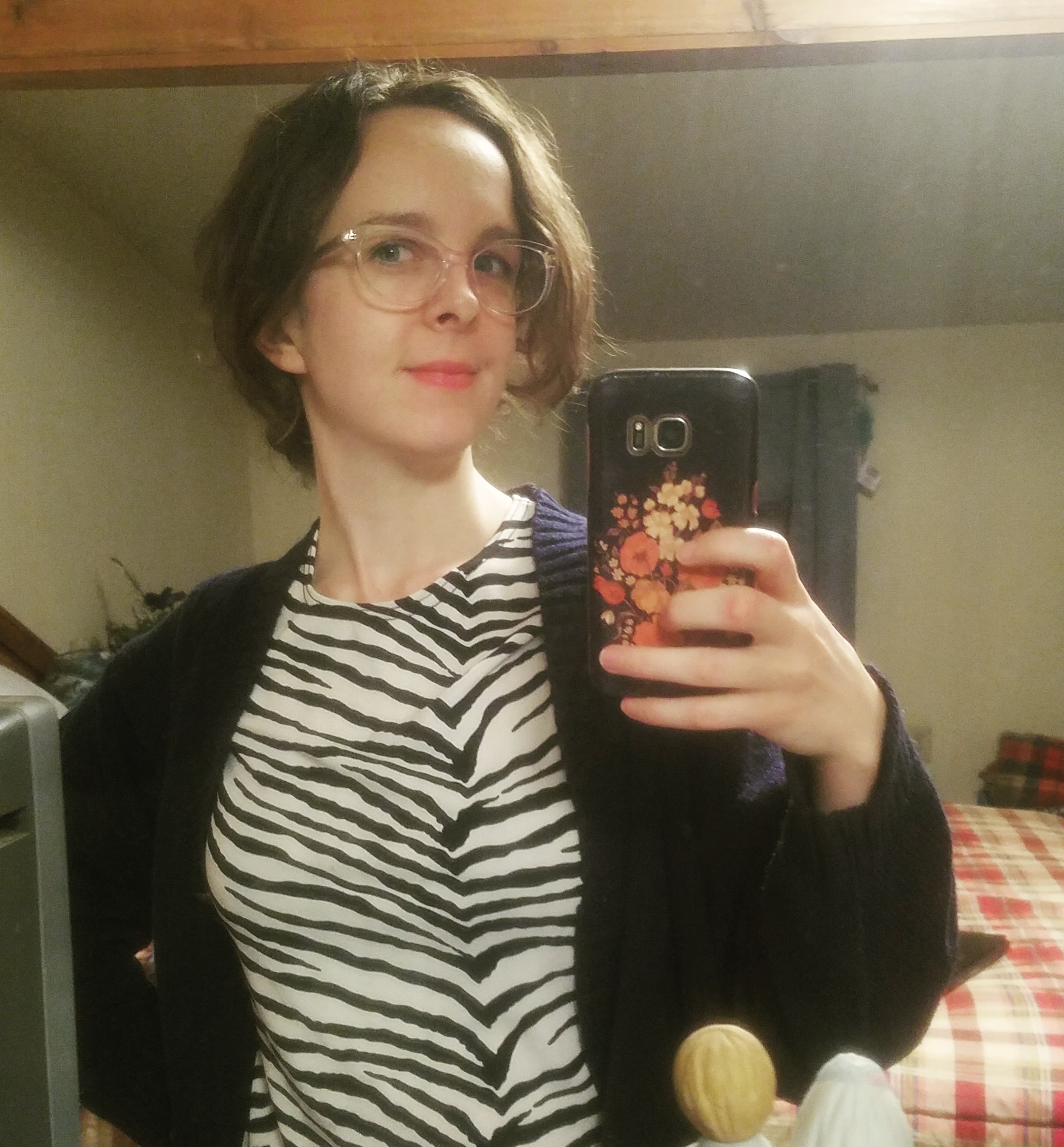 Meagan Masterman lives in Somerville. Her work has been published in Funhouse, Maudlin House, Ghost City, and more. She’s a Best of the Net nominee and co-edits Reality Hands. Find her online at twitter.com/meaganmasterman. Her impressive prose and writing was featured in the Full of Lit 666: Poetry Presented by Reality Hands event in Cambridge on November 9th as a part of Hasslefest. Boston Hassle got to chance to ask Meagan a few questions about her challenges, inspirations and her upcoming novel, “Becca Burchell is Online.”

Boston Hassle: What is your writing process as of now, has it evolved over time or is it a unique experience for each piece?

Meagan: I spend a lot of time mulling things over and fleshing out the “universe” in my head before I write anything down. About 80% of the work is done in the first draft. Then I do two more drafts that get it to 95% and 100%, respectively.

Of course, it’s never a clean process. It would be nice if when I sat down to write it was like Coleridge writing Kubla Khan and the fully formed thing would come to me all at once. Instead, there’s a lot of backtracking and deleting bad ideas. So many bad ideas.

I’ve found that being a fiction writer, especially a novelist, is all about consistency. You’ve got to show up every day and plug away at it rather than waiting for the golden bolt of divine inspiration.

BH: How does being a poet challenge you individually?

Meagan: Writing itself is a pure joy to me. I often talk with No Glykon, who co-edits Reality Hands with me, about how fun it is. It’s pure magic to have an idea in your head, bang on a keyboard for a while, and boom: Now it’s in the world.

The challenge for me is editing, where I have to balance my personal vision with what makes a good story. It’s all too easy to not consider the reader enough. I’ve got to check in with myself about whether what I’m creating has the same emotional effect outside my head as it does in my head.

BH: What are some of your inspirations day-to-day for your prose?

Meagan: Weirdly, mostly poets.
I’ve long annoyed everyone I know by talking ad nauseum about my undying love for the poet Richard Hugo. The first time I read Degrees of Gray in Philipsburg I wanted to run around in circles like a small and excitable dog. He accomplishes so much of what I want to. He produces work that’s vivid, empathetic, forlorn, and hopeful.

I also love Gerard Manley Hopkins. When I was a senior in high school, a friend sent me a Geocities page that contained a couple of his poems. It was one of the first times I felt writing hit me in my soul. And yes, the poem was in a smushy sort of font that may have been Comic Sans. RIP Geocities.

BH: How does Boston influence your writing and poetry?

Meagan: Boston is a great place to get writing done. The writers I’ve met here take their work seriously. We’re also lucky to have some great reading series at our disposal, like Storytime At The Ape’s Nest. Boston is filled with fantastic bookstores that have great programming and a top-notch public library system. If you’re interested in literature, you can go out any night of the week to an event. That’s easy to take for granted.

I’m realizing now I’ve never actually written something that takes place in Boston. I’m from Maine originally, and I mostly write about there. If you’re from Maine, Boston can take on a mythical quality. It’s the only large city you can get to in a reasonable amount of time. I think every high schooler in Maine dreams at one of point or another about moving to Boston. That yearning comes up as a frequent theme in my work.

Meagan: I recently finished a novel called “Becca Burchell Is Online”. It’s about a teen girl who copes with parental substance abuse, small town misery, and a toxic friendship by obsessing over a bad YA fantasy series and spending too much time online. Though given the glacial pace of publishing, it’d be a minor miracle if it were out sometime in 2019.

Reality Hands, on the other hand, will continue to put out quarterly issues. We’re one of the rare journals that pays for poetry. We love to publish local writers, and encourage submissions from emerging/new voices and marginalized folks. You can find us at realityhands.com

We also regularly host readings around town, so expect to see me emceeing for some fabulous writers, and maybe reading some of my book. We had one on November 9th at 8:00 p.m. at Outpost 186 in Cambridge as part of Hasslefest 10.

Interview With Anthony Febo, One Half of AdoboFishSauce

Another Summer has become Fall right under our noses, and as this year crawls to a close, it’s easy to become reflective…