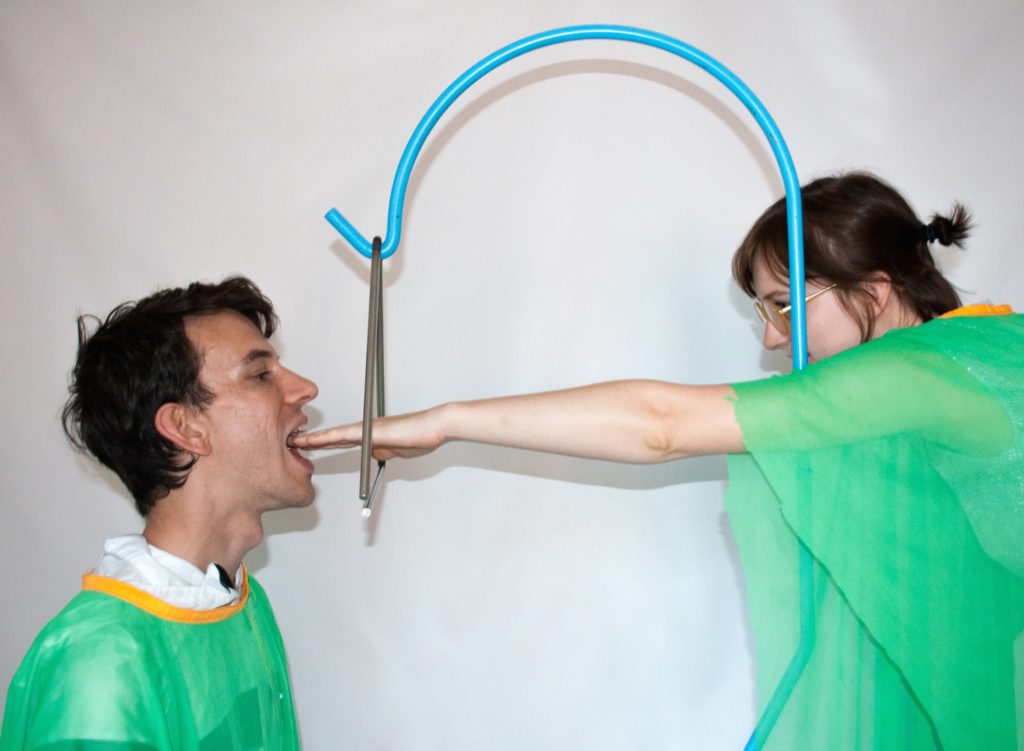 Tristan Brooks, Molly Hastings and Lids Birthday are Beverly Tender, a post-hardcore band residing in Providence. Following their latest album, the incredible What Have You Done to My Water?, being released last year, the band will be performing at the 10th installment of Hasslefest this November. I got the chance to ask Beverly Tender 5 questions via e-mail in preparation for their upcoming show:

Peter Ferris: Tell me about the music scene in Providence – all I know is that it has thinned out a bit as the city becomes tougher to live and perform in. Any bands to be on the lookout for?

Tristan Brooks: It’s hard to talk about Providence music scenes since we’ve only been here for two years. My historical knowledge is a combination of hearsay and inference. I sense a lot of looking back to when there were warehouse spaces, when so-and-so lived here, and in our time here I’ve seen a few spaces shut down and several people leave. I feel optimistic, though. There’s still a spirit, or a collective willingness to recognize performance art, to reward interdisciplinary projects that do more than just sing-talk-sing. I have friends trying to launch a series of performance art events. I feel tremendous faith in them, and this faith makes me want to stay here and build, instead of running to Philly or Brooklyn. (Not that every artist who goes there is running away, but I would be.)
Particular Providence inspirations include:
–Baby; Baby (who shares 1/3 of its membership with us) and makes elastic skronky dada new wave stuff. I love these beautiful and inspiring people!
–Visibilities, the piano/noise/performance/research project of our friend Noraa, who is one of the deepest visionaries I know. Visibilities is messianic in scope.
-Martha Martha Martha. They just played in our studio, their second show. I love maybe one in thirty sets, and I loved theirs, and at the same time they sounded like No Doubt.

PF: Your lyrics are uniquely poetic, what is your process like for writing them? Do they start out intended for specific songs, or are they written first and adapted into melodies later?

TB: In the 2+ years since we recorded “What Have You Done To My Water” our songwriting process has almost completely changed. It used to be, Molly would bring guitar parts into practice, the two of us would add drums and edit them into a structure. Then Molly would choose lyrics out of this huge word document in her computer which she was always editing and adding to. Bass parts were added after the song was written.
Now we write everything together, the two of us with various collaborators, and the end goal is less about “making a beautiful song” and more about making fun and challenging performances. For example, this spring we did a string of shows as a four-piece (me, Molly and our friends Carrie and Pat), and the first thing we did was make a big chart that said things like “do a trick,” “we are the children of the future,” “buffering youtube ad.” We all wrote different sections using lyrics derived from the group brainstorm: Carrie wrote a rip-off Olympic fanfare, I wrote a children’s choir piece, et cetera. We then met up several times, adding pre-recorded bits and editing sections together until we had a twenty-minute, continuous piece.

PF: “Big Snake Song” is my favorite Beverly Tender tune – is it a true story? What’s going on in that song?

Molly Hastings: That song is about giving my friend Amy’s snake a frozen mouse, which I think we microwaved but Amy claims we didn’t. I don’t know, maybe we heated it up in a frying pan? Amy claims she would never microwave the mouse because it is bad for the snake or something.

TB: I remember the mouse being microwaved, and Amy poking the snake’s tail with it so the snake would think it was alive.

PF: What is your favorite holiday and why is it Christmas?

TB: I’m going to go home and get my longjohns from the basement. I have six landscape paintings in my room, and two are winter scenes. I find this time of year an incredible drag, especially now that I live in the North, unless I treat the whole thing as a windup ’til Christmas. Plus, I love big, honkin’, hypergenerative concepts. Christmas is so full. I could easily squeeze three months out of this holiday.
“Hark! the Herald Angels Sing”
Amy Grant
A Christmas Album
Photos: Yahoo Image Search
I’m going to be Christmas for Halloween.

PF: Can you tell us about any future plans for the band?

MH: We are recording/producing an album right now! We actually recorded one version of it this spring with bass, drums and guitar. This took 3 days and nobody cried. But over the summer we started using electronic drums and synths live, and now we’re re-recording the album to reflect what we actually sound like (i.e., very different from our first two releases). Sometimes it makes us nervous because we’ll arrive at a show that definitely booked us as an “indie rock crooner band,” and then we play this noisy electro-dance stuff with lights and costumes. Tristan wants to go on a world tour next summer but we just got a dog so I think we need to scale back a little bit.

TB: We’re currently looking to hire a dogsitter for our 2019 album world tour. You can come with, you just can’t come to any shows because that’s when we need you to watch the dog.