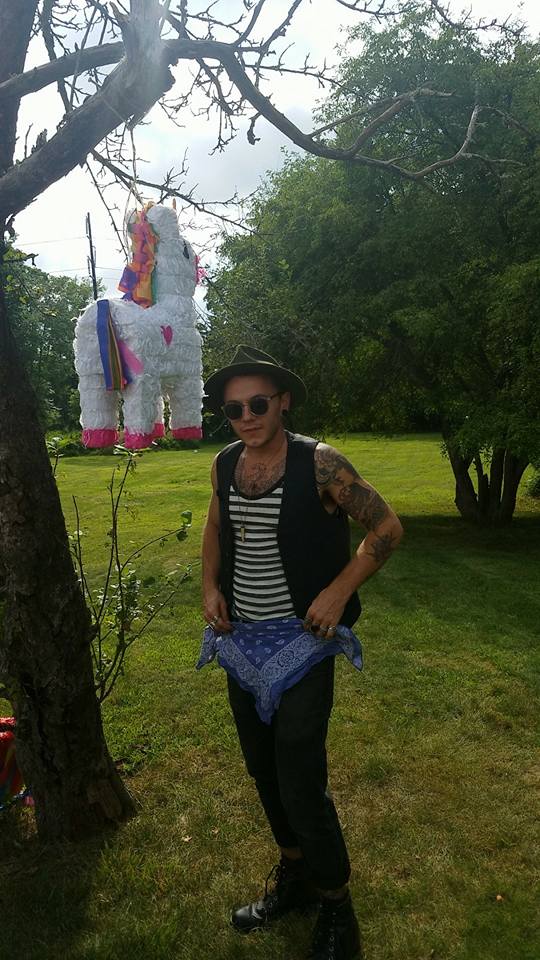 Vivant Vintage is throwing a disco party @ their shop TONITE (2/16). Cool people. Check it out. Seemed like a great opportunity to throw a few questions @ this man about town and Black Market regular…

Who is Le Pants King?
It’s me. Le pants king came about in 2010 as the persona I️ sold my clothing under. It has since grown to Vivant (Veevaunt) and the Traveling Spectacular. We now have a 5 person team, setting up at over 25 shows a year. The Traveling Spectacular is now the biggest tent on it’s field at the Brimfield Antiques Show.

Can you give us a little behind the scenes on what you go through to find the clothing and items that you sell?
The behind the scenes are ugly- Sleeping in cars, waking up before sunrise, and driving up to 12 hours in a day. The journey can definitely be a hard one.

I hear you’re throwing a disco party?
We have a little Friday Night Fever going on this Friday from 8pm-12am at Vivant.

What’s your favorite aspect of disco fashion?
Tough call. Top to bottom, bells to collars. It’s one of the funnest decades. Loud and unabashed, it’s the only decade to do poly right.

ALSO! I️ forgot to mention we are doing a disco themed best dressed contest, prize=$30 to the store. We are also doing a biggest 70s collar contest. Prize = $10 to shop. We are asking for a $1-5 sliding scale donation. 3 DJs spinning Vinyl all night.