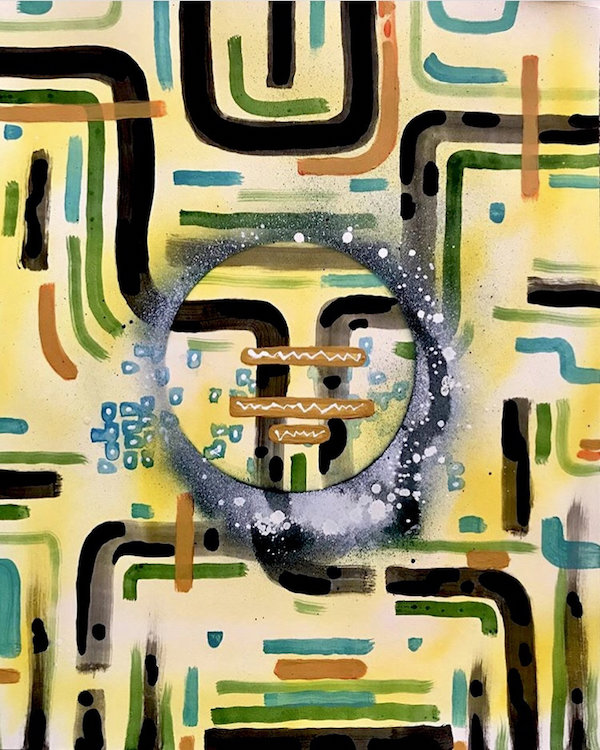 Arguably one of the most charitable and educational things musicians can do is genre-blend. Functionally, it forms a sort of bridge over which “resident-listeners” of both genres can cross and add to their own respective musical arsenals.

It seems a fair amount of what genre-blending artists do is, in this way, introduce listeners and make an impression on them to get them to remember the journey/understanding the musicians at least attempted to let them in on. And so 43 Odes, on their latest, self-titled album, attempt to coax the listener toward a unity of understanding with nature by blending nature-originated and/or -influenced sounds with accessible rhythms and borderline-melodies. The arrangements have a distinctly post-rock sound but, also avoid falling into any of its quicksand-esque clichés, and, overall, the music makes as strong an impression on the listener as possible.

Jewelled Antler — the collective to which 43 Odes is the latest addition — has been doing this for decades. More precisely, for two; the collective has over the past twenty years continually churned out a wide array of self-described “nature psych” and “outdoor folk,” which is more or less (to, unfortunately, reduce these beautifully vague terms w/ my own interpretation) lightly rhythmic, semi-cacophonous pinball-bounces around nature’s soundscape. E.g. Steven R. Smith’s latest solo LP, A Sketchbook of Endings, which is immediately gorgeous and highly technical in its textural exploration of something we likely couldn’t ever understand but could damn sure try to approach, just a little bit, in understanding capital-N nature, the “thing” that bore us, will eventually kill us, and that allows us to conjure up this little, self-contained, hopefully-enlightening very-human exploration of All This.

It’s pretty sobering. Yet breathtaking. Largely by its genre-blending, Jewelled Antlers aspire to bring the listener closer to this sort of simulated understanding and peace with Nature and its impossibly intricate beauty — in all forms, sonic and otherwise. And 43 Odes more or less furthers that aim.

Several of 43 Odes’ songs veer over the five-minute mark, e.g. the opening track “Gryvk,” which presents a “tree” of sound, an entire spacey orchestra of invigoratingly animated, life-filled noises spawning, slowly, from one, initial, scattered note — which promptly breaks into the following march-like drone-backed “Reema,” unrelenting in its energy and really successfully exemplifying the band’s attempts at genre-crossing. The track (and, really, the album at large) presents more as a museum of sorts, comfortable in its post-rock roots but enlightening and, at times, abrasive in its refreshingly-honest portrayal of this fragile natural beast 43 Odes attempts to feel out here.

But much of that eerie quality vanishes with the almost-eight-minute-long, cheery “Majha” — which, really, in itself, is arguably even more off-putting in the sudden flip-flop. And the rest of 43 Odes continues to alternate between the somber and brooding through e.g. “Veerna” and “Myr Vehrt” — as well as the familiar and upbeat, via “Braspt” and the explosive closer “Khiriv,” leaving the album off with very much an exclamation point rather than a period, comma, question mark, etc.

43 Odes is, essentially, a nice little microcosm for Jewelled Antler’s work: a humbling menagerie of rocking Earth-core, immediately digestible and undeniably pertinent in a time period where nature’s impermanence has become more of a depressing reality than an extreme “If you keep doing X, then Y will happen”-type conditional.

43 Odes has recognized that reality. 43 Odes seems to try to document it, communicate its immense importance.