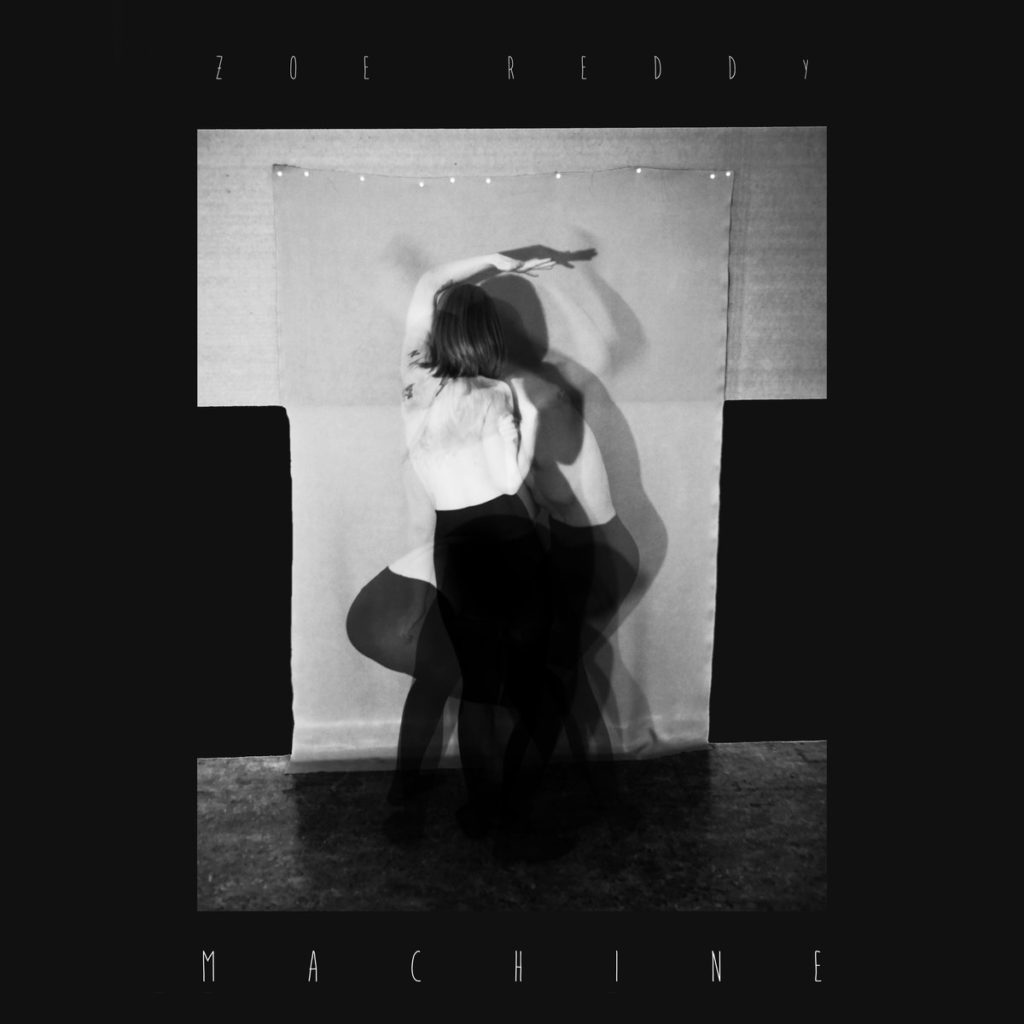 Complaints about technology’s overstated presence seem almost, at this point, clichéd. At times, it provokes an almost “OK, we get it; so what?” reaction. It seems comically futile at this point: that all we can do is just play the armchair revolutionary role and complain at a television that a.) won’t care b.) listen or c.) actually do anything. But to take that overwhelming, almost constant background noise and convert them into a language entirely its own is to craft a new train of thought entirely.

Zoe Reddy—the Netherlands-based self-proclaimed “electronic storyteller”—analyzes raw, unfiltered noises with an almost oracle-like tenacity and precision, filtering, manipulating, twisting, stretching, and reenergizing them to produce a breed of rhythmic, conscious ambience that, in its gravitas, masterfully underscores the knowledge both that a.) this noise is ubiquitous and b.) that, despite this, it doesn’t have to be digested on an empty stomach.

The EP’s title’s all-capitals stylization (MACHINE) communicates early on the resolve and uncompromising force Reddy brings to the piece—evidenced further by the start of the opening track, “SPLIT”: a lone noise, one part intelligible and another part humanoid, familiar in a way that evokes a very specific type of discomfort, like being the last one talking when a crowd quiets down. Reddy then cuts through the disconnected voice with her own, jarring in its unexpected clarity and all the more beautiful in its respite from the dystopian soundscape.

Zoe Reddy explores these grim-yet-reenergized textures all throughout the EP, especially through tracks like “SPLIT”, reserved yet bursting with a type of anger that resonates fittingly with her mission here. Borderline-growling sounds accent the hyper, stuttery trance style she explores pretty extensively throughout the song.

Reddy continues to demonstrate her talent for dark, forceful production on “SPINN”, another dystopian house track with an evolving, menacing 4/4-type bass foundation—though suddenly and unexpectedly, at around four minutes, breaking into a momentary, reflective, tranquil a capella, Reddy’s voice cushioned by what is presumably a lower-octave rendering of same.

“SATELLITE”, explores more, similar themes yet still adding much to the conversation: The song broods and rumbles slowly, yet rewardingly, to a cacophonous, mounting climax that then promptly cuts away into a self-reflective silence, allowing the wrecking ball of an EP to close with a deafening silence.

MACHINE, in its hybrid of grimness and simultaneous inspiration, makes less of a statement than it does spawn ideas, offering a glimmer of hope for the future, i.e.: Will it ever become tolerable? According to Reddy, Yes.