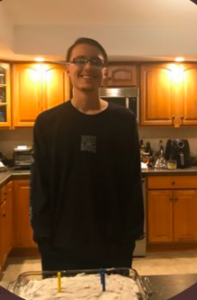 Earlier this year, I decided to write a story about the history of Massachusetts hip hop. Published in a separate blog, the piece was as wide-eyed as it was foolish. I look back 10 months later and wonder what the fuck I was thinking.

The reason why I say this is because I am not an expert in Massachusetts hip hop. In fact, I am far from one. In any scenario, capturing an entire state’s history when it comes to music is a daunting task, especially if you have not lived through it yourself. I’m only a 22-year-old resident of western Massachusetts who just happened to go to Salem State for four years of schooling. I haven’t seen every crevice of the state yet (though I plan too once quarantine ends). Computer research can only take you so far. Actually being a part of the movement is a whole different situation.

Point is, I was not the person to write that article, nor should I be. There are people who understand the culture and history of Massachusetts rap better than I do, because they witnessed it firsthand. And this is not to say I can’t share my opinion. Hell, anyone could in the internet era. It’s just that, some topics aren’t necessarily yours to discuss. Me being a white straight male, there’s certain avenues in hip hop and hip hop writing that I must understand and respect. I’m a guest in the game, which means I can’t just make myself at home.

With that in mind, I’ve learned how to evolve over the year as a writer. When I write about hip hop now, I make sure that I’m offering worthwhile analysis without coming off as ignorant or shortsighted. I’ve learned to express more intimacy in my writing without coming off as pretentious. But most importantly, I’ve learned to write about what I know. And through this evolution, I’ve been thankful enough to witness a spectacular year in rap music for my home state.

It was a year that featured closed venues and the absence of underground shows. But it was also a year of excitement, energized versatility, and artistic evolution. There was social justice trap, mental and emotional healing, Van Buren dominance, artistic evolution, communal achievements, and everything in between. Even while stuck in quarantine, you can feel the energy emanating like a statewide revolution. Something special is happening in Massachusetts hip hop, and it starts with the DIY artists who make it happen.

In honor of learning and evolving-because that’s what we’re all trying to do right now-here are my favorite hip hop projects from Massachusetts, and what each of them taught me. I’m going to keep my thoughts to one or two sentences since I’ve written extensively about the majority of these. More importantly, you all need to check these out if you haven’t already!

As an early-year gem, $ean Wire’s Internal Dialect taught me to look at certain relationships through an empathetic lens. Even through all of the loneliness and isolation, a light will undoubtedly be at the end of the tunnel, even if some aspects of life don’t work out. if you can tap into that emotional agency, something beautiful will eventually come.

The biggest aspect of Red Shaydez’ music that I appreciate the most is her unapologetic transparency. Don’t be afraid to be honest with yourself, but also allow others to be open with you. Capitalism forces people to work ridiculous hours just to make a sustainable living. Self-care is more important than ever before, and very few understand that better than Shaydez. Feel the Aura taught me to rest, take a breather, and do what you love.

Saint Lyor – If My Sins Could Talk

It was a breakout year for Brockton’s Saint Lyor, and it’s easy to see why. If My Sins Could Talk taught me that it’s okay to have a sense of humor, even as the world seems to become bleaker by the day. Musicians spend the majority of their lives entertaining the public, but that doesn’t mean listeners know/need to know everything about them. Lyor taught me that presenting yourself in an authentic state is one of the bravest things a musician can do, even if we as fans don’t deserve such honesty.

Oh yeah, and aliens do exist.

Boston’s own DJ WhySham taught me that there are no limits to worthwhile activism and social justice. UK drill beats can be a perfect platform for R&B-flavored melodies and call-to-action dialect. Communal alliance and proper representation are two of the many ways we can combat racism, misogyny, and other types of marginalization. Through her album,  I learned that Eastern Massachusetts has a deeper rap community than most could ever imagine. No one captured the feminine (non-binary and binary) movement and sense of community in Massachusetts hip hop better than WhySham.

Connis – Waited All Summer For the Weekend

The Cambridge native gave me reason to believe that the world can be a beautiful place if you allow it too. On his most recent EP, Connis taught me that your thoughts are your own sincere reality. Tragedy can strike, but there’s always reason to believe that life can get better. This EP in particular came out during a time where I had lost my grandmother, so Connis’ escapism became my own, and that is something I will always hold dear to me. He taught me to embrace my future with warmth and intimacy, even if things don’t always work out.

Another Van Buren gem, Brockton’s Luke Bar$ taught me that vulnerabilities and adversity don’t always define you as a human being. Throughout GoodEvil, Bar$ raps about past calamity, but also how to overcome that calamity. He also explores his own bipolar disorder and other universal dichotomies. It’s a project that’s innately personal to him, but also wise in its relatable precision. Bar$ taught me that light and darkness can go hand-in-hand, and that’s alright. For many, this is the natural way of life. We have to strive to be the greatest person we can be, regardless.

Beautiful, was the spiritual odyssey I needed. The Boston super group taught me that beauty can come in all shapes and sizes. Don’t ever be afraid to flaunt your eccentricities, even in a world where judgement comes second nature. Without the very idea of beauty, the world would lose its dimensionality. As life continues to become grayer by the day, sometimes dancing and having good time is the best source of mental liberation. We need as much exuberance as possible.

Meech’s new EP allowed me to think more deeply about myself and others. When you rid yourself of outside distraction, where the only focus is your own mind, life can inherently become clearer. As COVID-19 continues to ravage social interaction, understanding my own thoughts will continue to be therapeutic and peaceful. I’ve not only learned more about Meech as a person, but I’ve also learned more about my own beliefs.

Jiles new deluxe project taught me that you can express pride for where you come from, as long as your surrounded by the right people. As a vivid storyteller, the Brockton native finds inspiration through his own confidence, and the people who’ve been there since the beginning. There’s no pressure if your a genuine person. Jiles’ 2020 project taught me to never take my closest friends and family for granted.

The Boston spitter taught me to always look forward in life, never backwards. There’s always going to be a connection between nature, culture, and self, even if blatant gentrification continues to dictate the very walls of Kadeem’s home city. Our individual culture is what makes each of us unique, and that’s something we should all be educated on. This project is more than a passing exchange; it’s a way of finding enlightenment.

Briefcvse – Some Kind of Episode

Briefcve’s second project of the year taught me that creativity can come from all eras, shapes, and sizes. Produced through a VCR, Some Kind of Episode gave me reason to believe that it’s okay for life to feel confusing or helpless. How we spin that helplessness is what’s most important. Briefcvse turned a regular hobby into a piece of substantial art. What a time to be a music fan.

Ricky Felix, the mastermind behind a lot of Van Buren’s production, taught me that collaboration and posse cuts in rap music are most certainly not dead. Van Buren took the state of Massachusetts, and filled it upside down on its head. Seriously, check the map. The boot is literally pointing towards the northeast direction now.