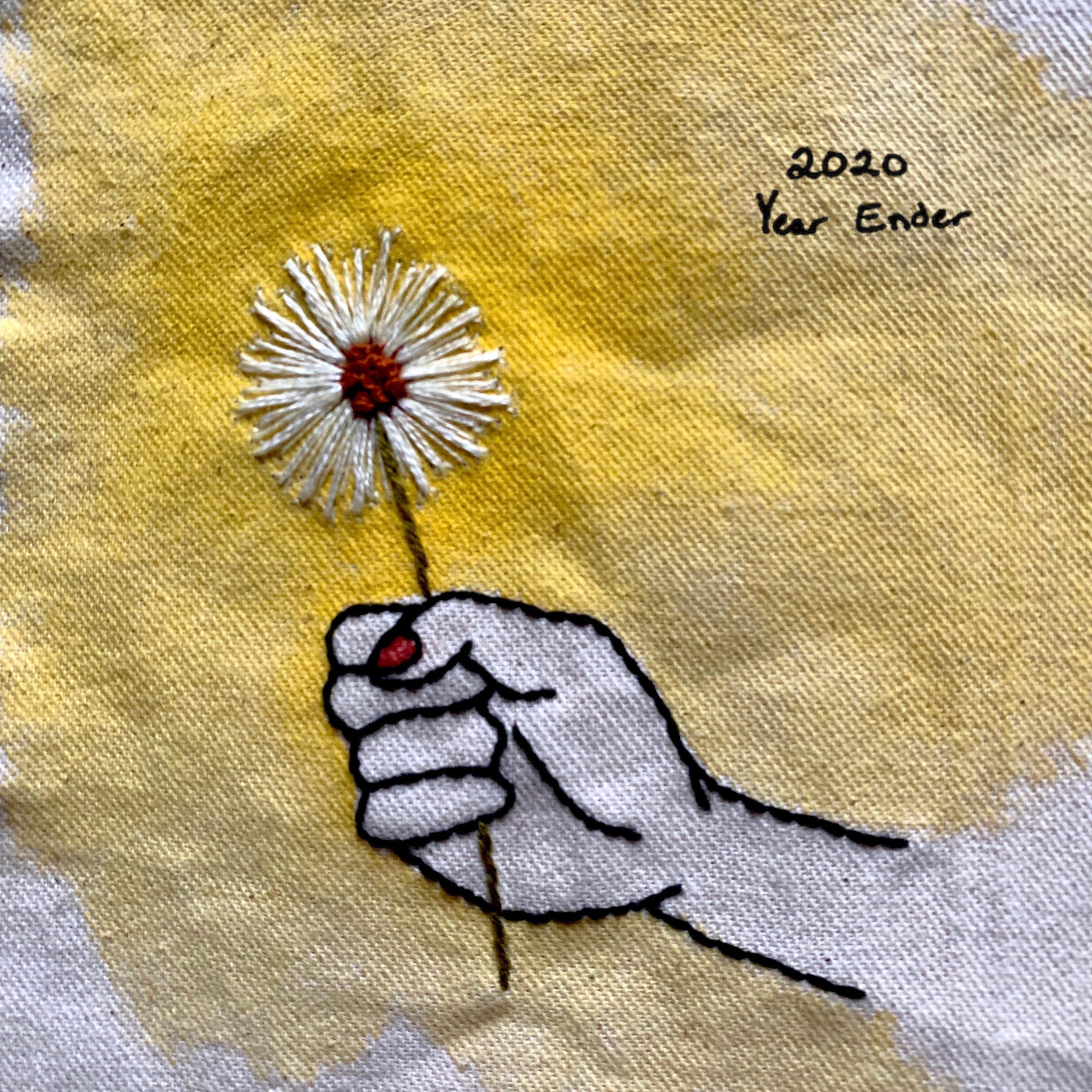 2020 forced us to long for the simple things of the day-to-day, or appreciate the ones at that are readily available to us—music being no exception. Many of the year’s releases, whether written prior to the chaos or in the midst of it, turned the focus away from overarching anguish and brought attention to the immediate common experiences surrounding us. That’s not to say that they were any less significant. The great minds of Ralph Waldo Emerson and French philosopher Sandra Laugier advocate for finding significance not in things with “distance from the world” but in what is most familiar to us: to bring light to what we experience on the daily but fail to consciously acknowledge. With that in mind, here’s a list of 2020 releases and musical moments that highlighted the simple things, pushed for reflection, and made our weird lived experiences of 2020 just a little bit sweeter.

ALBUM: Sweeping Promises – Hunger for a Way Out
An anthemic album for the year (or decade or decades of yore), Hunger for a Way Out by Boston’s Sweeping Promises proves both timeless and timely. The album features the high energy of new wave and warmth of bedroom indie pop, making it a chameleon across genres and eras. Lira Mondal and Caufield Schnug (names perhaps familiar to you because of their other beloved band, Mini Dresses) chose to keep the album’s sound close to its lofi roots: each song, recorded on a single mic, strips back any production fluff, leaving only genuinely raw emotion and punch. The frustration of the raging title track to the heart-wrenching beauty in the chorus of “Trust” takes the familiar human emotions (not to mention those stellar, booming bass lines) and amplifies them into 27 minutes of fuzzy, synthy, cathartic bliss.

TRACK: Kurt Vile – “Dandelions”
Staying true to his knack for observational humor and lyricism, Kurt Vile released Speed, Sound, Lonely KV EP—a partial collaboration with the late, great John Prine (r.i.p.). Though the album features Prine’s covers (one of which the country legend appears on), Vile’s “Dandelions” stands out because of its stark, simple pleasantness. “It’s the simple things in life that do,” he sings in his meandering way. The dreamy, fingerpicking-heavy track backs whimsical lines about common lawn weeds that could make even the most stoic curmudgeon crack a little smile: “You can throw em’ or you can merely hold em’ / Yeah, you can throw em’ / Or you can plain plum hold em’.” This pure wonder of the world and child-like appreciation of the mundane makes everything seem a little bit better, even for just a few moments.

MOMENT: Ezra Furman’s ONCE Lounge Residency
Having recently returned to live in Somerville, Ezra Furman started the year strong by appreciating the tender moments of live music during her 6 week “Intimacy” residency at ONCE Lounge (r.i.p.). Each set and moment was stripped to its most vulnerable. Tracks such as “Every Feeling” (released this year on the Sex Education soundtrack), “Queen of Hearts,” and “Watch You Go By,” all of which were staples of the residency, featured no more than an acoustic and Furman’s honest, naked vocals. The setlists appeared to be curated to make your heart ache and long—and to quite literally make you feel every feeling, whether those were feelings of elation or anger or the deepest sadness. Each Tuesday show was interspersed with moments of fun, too. Take her performance of a country crooner “I Cheated on Tomorrow with Today” as an example. Furman reminisced of days spent coming up with fake country song names with a friend in her youth before bringing one of those theoretical titles to life on the twinkle-light-studded “stage” of ONCE Lounge. But perhaps most poignant was Furman’s between-song banter. Usually reserved for awkward jokes while tuning up, she took the time as an opportunity to further delve into the limits of what an “Intimacy” residency entailed. Sometimes it was humorously self-deprecating, other times it was informative (Furman truly is a student of rock), and now and again, it was nothing short of enlightening. One night, almost casually, Furman said, “To get closer to god, look to the faces of people and treat them for what they’re worth, which is infinite.” The words are a testament to her exceptional talent of turning what she sees through her lens of the world into unparalleled poetry.

TRACK: Nile Marr – “Still Hearts” + “Teenage Kissers”
Longing and nostalgia have become the fickle, familiar emotions of 2020. Perhaps it’s the combination of Marr’s Mancunian roots and affinity for jangly riffs that somehow makes suffering sound tantalizingly beautiful. “Still Hearts” and “Teenage Kissers,” both off Marr’s Are You Happy Now? released in October, work flawlessly as a soundtrack for the sentimental revisiting of broken hearts of yesterday until the reliving of the past just becomes living in the past (what else is there to do these days anyways???). Existential without being pretentious, the tracks delve into the deepest depths of melodic, thoughtful rock with pop hooks and sensibilities. As hearts beat once and will beat again, so will drums at live gigs—or something like that.
(Bonus: Marr’s a fan of aforementioned local faves, Sweeping Promises <3)

MOMENT: Crying outside of Great Scott
Never take a cathartic release for granted, even if it’s mourning the countless sweaty shows and euphoric memories sacrificed in the name of real estate. (I didn’t say the little things were happy.)

ALBUM: Anjimile – Giver Taker
It would simply be a crime not to include Anjimile’s folky and soulful debut album, Giver Taker, to the list. There is something cozy and familiar about the gentle acoustic songs and Anjimile’s warm vocals—and yet, the resulting impact is intensely profound. “Baby No More” and “Maker” begin so bare: the spotlight is on the words and soft sounds of Anjimile’s fingers picking the strings of their guitar. Like a lot of the tracks, these songs culminate to a peak featuring layers of harmonies—a sonic victory lap of rounded out elation. As a whole, Giver Taker celebrates all of life’s ugly lows and sweeping highs.

TRACK: BRONCHO – “Friends”
Dreamy Tulsa, Oklahoma four piece BRONCHO took the lyrics written by a local 10-year-old kid and transformed them into a hazy, danceable tune that is unmistakably BRONCHO. The track, which highlights all the reasons to love your friends, was released as a benefit for SixTwelve Community Education Center in Oklahoma. Singer Ryan Lindsey sings “I like my friends because they are friends with me,” because what would you have done this year without the love for and from your friends?