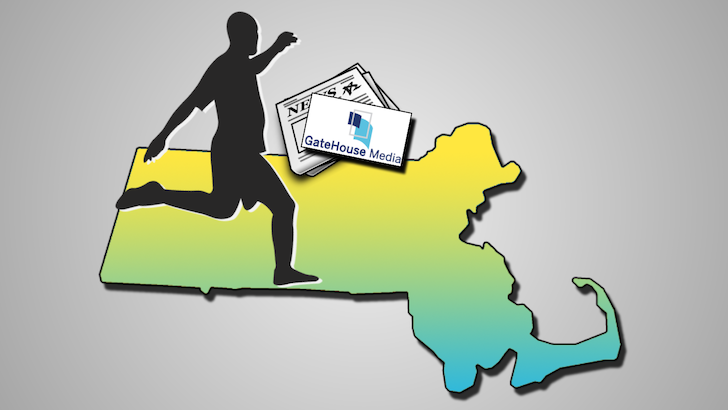 In last week’s Apparent Horizon, “GateHouse Editorial Flacks for Mass Retailers,” I dissected an editorial, “The benefits of a teen minimum wage,” calling for a subminimum wage for Bay State teenage workers that turned out to have run in over two dozen eastern Mass newspapers owned by news industry behemoth GateHouse Media. Focusing on the article’s masked conservative slant—built, as it was, around a single report by a Koch-funded think tank—I walked readers through the political problems with that position and GateHouse’s support of it.

In this column, I’ll take a look at the structural crisis of media consolidation—and why it makes the GateHouse teen wage editorial even more disturbing than it looked at first glance.

Since the 1980s there have been a number of profound shifts in the economics of the American newspaper industry. One of them was the phenomenon of large companies treating news publications more and more like any other profit center—buying them up in larger and larger numbers, eliminating as many of their full- and part-time staff positions as possible while slashing wages and benefits for those that remained, increasing their use of contractors, and consolidating business operations among outlets in the same geographic area. These groups of newspapers came to be called clusters. Which differed from traditional chains in the physical proximity of their constituent outlets. And made their new owners a great deal of money.

In the interim 30 years, according to the excellent ongoing work of former Knight Ridder editor Ken Doctor in his “Newsonomics” columns for Nieman Journalism Lab and other publications, companies like GateHouse, Tribune Publishing, and Digital First have bought so many papers that those clusters have turned into something new: megaclusters, as they were dubbed by “major newspaper business broker Dirks, Van Essen & Murray.” They function the same way clusters do. But operate over larger geographic areas with ever more daily and weekly newspapers (and specialty publications) under their control. As of 2017, about 50 percent of all local papers in the US were part of a cluster or megacluster.

Those newspapers bear only passing resemblance to their namesakes. Mainly because the wage and staff cuts that began in the 1980s never stopped. To the point where a local paper like the Cambridge Chronicle—in which I first noticed the editorial under discussion—owned by a media giant like GateHouse (and in turn by other companies and investment groups) is now down to one lone staff person.

To really understand the significance of this development, it’s necessary to turn back the clock. Fifty years ago, the Cambridge Chronicle was an independent newsweekly. It had several staffers—including reporters, editors, salespeople, and a production crew. It was the go-to news source for coverage of all issues and happenings in Cambridge, and it was read regularly by most literate city residents, from teenagers to pensioners.

Critically, as an independent newspaper, its editorial positions were also independent. As with commercial newspapers everywhere, this independence was hardly perfect. After all, the Cambridge of 50 years ago—like the Cambridge of today—was a small city of around 100,000 people. The Chroniclerelied on ad revenue from local businesses, from city government, and from the two universities that dominated (and still dominate) city life, Harvard and MIT. Many of whose leaders likely knew the paper’s editors personally. If the editorials it published were too pointed against those institutions, ad revenue could easily go down—hurting its bottom line. So the tendency would have been to publish more even-handed editorials than calls to arms.

But for all that, Chronicle editors staked out positions that were inimitably their own. And pretty much every city and town with a population of a few thousand or more in Massachusetts, and across the United States, had at least one paper just like it.

Then, in the ’80s and ’90s, along came companies like GateHouse’s predecessors. And they started talking with papers like the Chronicle—that were often owned by a single family or small group of local investors—and they said, “This business is changing in ways you can’t keep up with, and running a newspaper is a tough way to make money… so why not take our generous cash offer, and get out while the getting’s good?”

And papers started taking those deals. As for the owners that didn’t… the ones that liked running their own newspaper or small chain and refused to sell… well, over time, they found themselves surrounded by clusters of publications owned by companies like GateHouse. And those companies squeezed them, made doing business more expensive, and cut heavily into their ad revenue. Eventually forcing them to sell for sometimes less generous cash offers. Or risk losing everything.

So it went with the Cambridge Chronicle. Founded in 1846, the Dole family had bought it in the 1930s and merged it with rival Cambridge Sun in 1935. In 1991, they sold the paper to Fidelity Investments. Fidelity spun it off into its Community Newspaper Company division in 1996. That division was sold to the then Boston Herald owner Herald Media in 2001. And the Herald sold it to GateHouse in 2006.

Today, like most GateHouse newspapers, the remnant Chronicle no longer even has an office in Cambridge… the city it covers. Its staffer, Senior Multimedia Journalist Amy Salzman, has to work at a GateHouse office in Lexington and commute to Cambridge to do her reporting. The Chronicle no longer has its own editor. It shares an editor with other GateHouse papers—five per editor apparently being typical at the company these days, according to the local journalism grapevine.

It’s also worth mentioning that the official name of the People’s Republic periodical is Cambridge Chronicle & Tab. Reflecting Fidelty’s 1992 purchase of the Tab Communications Inc. chain of newsweeklies, and the eventual absorption of most of them into other local papers in the same group under GateHouse. Which finally happened in Cambridge with the internal merger of the Cambridge Chronicle and Cambridge Tab in 2012.

The damage done by such media consolidation to American journalism in general, and to Boston-area journalism in particular, has been catastrophic. Not just in terms of the quality of stories produced, but in terms of their quantity. Newspapers like the Chronicle can no longer cover their cities properly. One or two reporters simply cannot be everywhere at once, even assuming regular contributions from very poorly remunerated freelance writers. Meanwhile, the physical size of print newspapers has also been shrinking on cost grounds; so there is literally less space available to run more stories.

This is leading to wealthy cities like Cambridge and Somerville turning into “news deserts” of the type media scholars have come to expect in poor Midwestern and Southern cities that have long since lost most of their news outlets. Although both locales have seen efforts to fill the holes in coverage left by the winnowing of long-established newspapers. Most notably, the online-only Cambridge Day—run continuously by my colleague Marc Levy since 2009, and featuring some archived material dating as far back as 2003.

Worse still, eliminating local independent newspapers and shrinking their megacorp-owned replacements is leading not just to a crisis in journalism, but to a crisis for our democracy. Because the information monoculture bred of newspaper megaclusters eliminates much of the lively public debate on issues of the day that was once the hallmark of American journalism. Without that intellectual ferment, curated by independent editors in ways the current social media circus cannot replace, the local press is reduced to yet another mouthpiece for vast corporations that already have plenty of them. So, here in the Boston area, over 100 newspapers that were once independent and spoke with their own editorial voices are now owned by one company—GateHouse—and therefore can all be ordered to speak with the voice of its wealthy owners. At any moment.

In this context, the dilemma of GateHouse running the same questionable teen wage editorial in roughly 26 of its daily and weekly newspapers around the Boston area can be seen in its proper light. It is an abuse of corporate power. Because it was never made clear that the editorial was written by someone other than the staff of every paper that ran it. And it was definitely never stated that said editorial was run in a large number of other GateHouse publications simultaneously.

No matter who is directly responsible for writing the editorial and publishing it in so many newspapers, GateHouse execs (and the New Media Investment Group Inc. execs that control them, and the Fortress Investment Group LLC execs who control them, and the SoftBank Group Corp. [a Japanese multinational] execs who control them, according to Ken Doctor) are ultimately to blame for creating the conditions that allow for such a breach of the public trust to occur. Whether it was a matter of overworked local editors or reporters grabbing a teen wage piece written by another of their number to fill their editorial holes a couple of weeks ago without either vetting it or coordinating with each other, or those same overworked local editors or reporters running the editorial in tandem with malice aforethought, or company executives ordering them to run it, the end result is the same.

When considered together with the fact that the financial interests of GateHouse and the main statewide lobby group in support of lowering the minimum wage for teens, the Retailers Association of Massachusetts, align far too closely for comfort—as I demonstrated in my first column on this situation—it should be obvious that newspaper megaclusters are a bad idea for everyone but their owners… and any corporate or political interest they happen to ally with.

In the 1830s, French aristocrat Alexis de Tocqueville in his landmark work Democracy in America said that the “power of the newspaper press” must “increase as the social conditions of men become more equal.” What, then, would he make of corporations like GateHouse Media? Whose power is increasing as the social conditions of Americans are now becoming more unequal year by year. And whose willingness to use that power against their own audiences in pursuit of ever greater profit is unraveling the great promise of news media as a bedrock democratic institution that de Tocqueville so presciently identified almost two centuries ago.

Nothing good, I imagine. He might well say that no private entity should be allowed to own so many local news outlets in such close proximity to each other. Which is certainly a point that Americans need to impress upon our elected officials. Who should move to ban this practice at speed. But are currently moving in the opposite deregulatory direction. And will not reverse course. Unless forced to do so by popular movements for what one might call information justice.

So let’s get going on that.

Still waiting for the T:

5 Questions with Game Over Books

The folks behind GOB shed some much-needed light on the inequalities of the publishing industry, and what they're doing about it

New and novel ways of combating Charlie Baker and his ecological & human disaster that is just waiting to happen...