Pink Noise Studios on April 5th was a disco soul church of love and inclusivity. Tory Quinn a.k.a. VQnC dropped “Freedom” just days before the show at Somerville’s underground music Mecca. It sold out right quick and luckily, I snuck in with my Boston Hassle cred.

The “dress to impress” demands made by the artist and the studio turned inside out into a glittery dance hall, gave the night a wild ballroom energy. Friends and fans in their hippest threads beamed smiles ready for a night of celebrating this new music. Family members from all over the country bubbled with excitement. Tears of joy were shed amidst camera flashes over a cement platform turned makeshift photo booth. Racks of vintage clothes curated by the artist herself reminded us of the scope of her world. To be a soul artist is more than singing well, it is vision and execution.

And the execution rang true, in every note. During the band’s set most never left the dance floor. Eyes, ears, and dancing shoes were in sync to the sounds of “Freedom.” VQnC’s delivery was spot on and one wonder’s how she keeps her voice so healthy, especially with all the pre-show rapping with everyone. Her notes whether hard or soft would ping off the back of the room. The guest spot by Oompa on “Heart” gave everyone a jolt. Fiona Wood painted each track with her violin like a seasoned pro. Speaking of pro, Tim Hall effortlessly raised the hairs off our necks with his horn. Ivan, who warmed up before the show with a bit of Tuvan throat singing trumpeted his way through the set with a wise confidence. Dan Thorn, also the studio owner and engineer adorned in a black flight jacket ripped his bass all night like he was playing in his bedroom because, well, yeah. 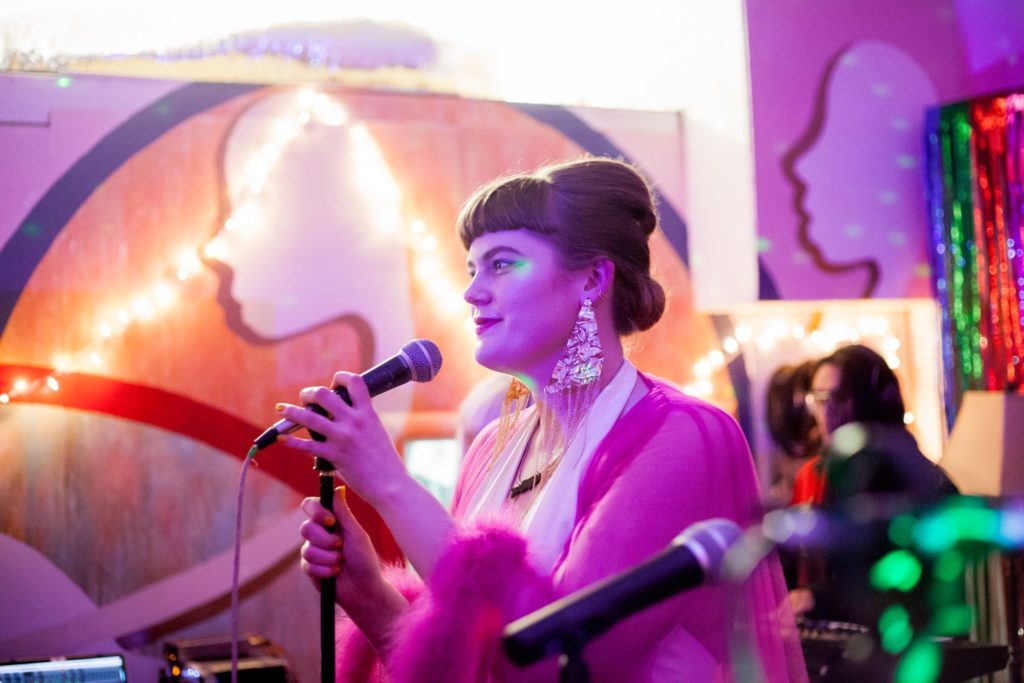 The main event was an emotional one to witness knowing the arduous road VQnC traveled to turn pain and joy into song ideas and ideas into art. It wasn’t a nervous energy I felt when you sometimes do when a friend takes a risk. It was a, “Hell yes here it is,” kind of energy. I don’t think I was solitary in that feeling. In fact I think it was the universal connection we all shared that night.

Before the party started I wrangled mix engineer and producer Tony Hamoui away from the adoring masses for a quick interview on geeky studio stuff:

Boston Hassle: From start to finish what was the main vibe you were going for?

Tony Hamoui: The vibe I think, was to give V the space to do what she does best. Sing.

Tony Hamoui: Exactly. She can belt, but she can get really soft so I wanted to give her a lot of room to work.

B.H.: Did you record everything here at Pink Noise?

Tony Hamoui: It was 50/50 between here and my home studio.. and a bit at HipStory’s studio.

B.H.: How much tweaking of the song structure during recording did you do?

Tony Hamoui: There was a good split between what was brought to the table and going with what was in the moment during tracking.

B.H.: In the beginning of the album on “Golden Days” where there’s a nice layer of solo vocals was that something planned in advance or did that come about in the recording process?

Tony Hamoui: That just came about on a HipStory hang out messing around with a looper pedal. V was just messing around and then Forte started singing rhythm and I came in and said, “Well this is cool.” I added the drums later and yeah, that just kind of happened.

B.H.: What’s the point where you cease to become the mixing engineer and then all of a sudden become part of the band?

Tony Hamoui: Honestly, it was from the jump. We all did an awesome job making this as collaborative as possible. There was never any hesitation or kickback we all just decided to make cool songs.

B.H: What happens when Tim Hall comes to record something?

Tony Hamoui: He has sax with your ear buds.

B.H: How did the Oompa collab come about?

Tony Hamoui: We were doing a random live show on a bill with Oompa and V asked her to rap over a tune she’d never heard. Oompa listened to the track on headphones and came up during the set and her delivery, flow, the performance… everything was fucking perfect. So after that we were like, we have to put that on the record. It just happened so naturally.

There was a lot of love in the room on April 5th. A lot of friends using that word too, “love.” Which is nice, sometimes we shy away from it. To see so many heads gathered in a studio space without a singe issue. No club security & surveillance or police around the corner. Cats just hanging, enjoying life. Not a single person got too drunk or stoned, not a single argument or disruption of peace. That is the kind of party I want to go to again. Thanks to the whole crew for bringing some light to the scene and congrats to VQnC on this triumphant show and album release.

Can’t leave this without giving a special shout to dj flaccid for opening the night up with his vinyl spinning bombast. Flaccid has the swagger of the old school bumping hits of Talking Heads, Bowie, and Prince together like a madman. Also, love to DJ L’Duke for keeping people dancing till the morning came. 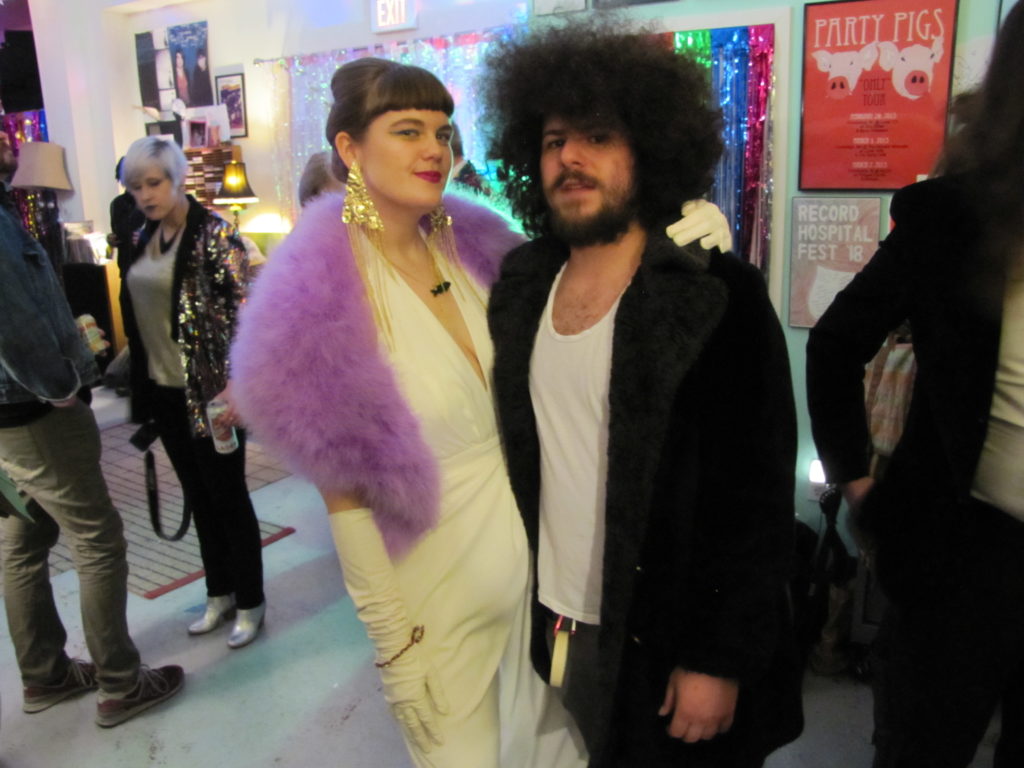