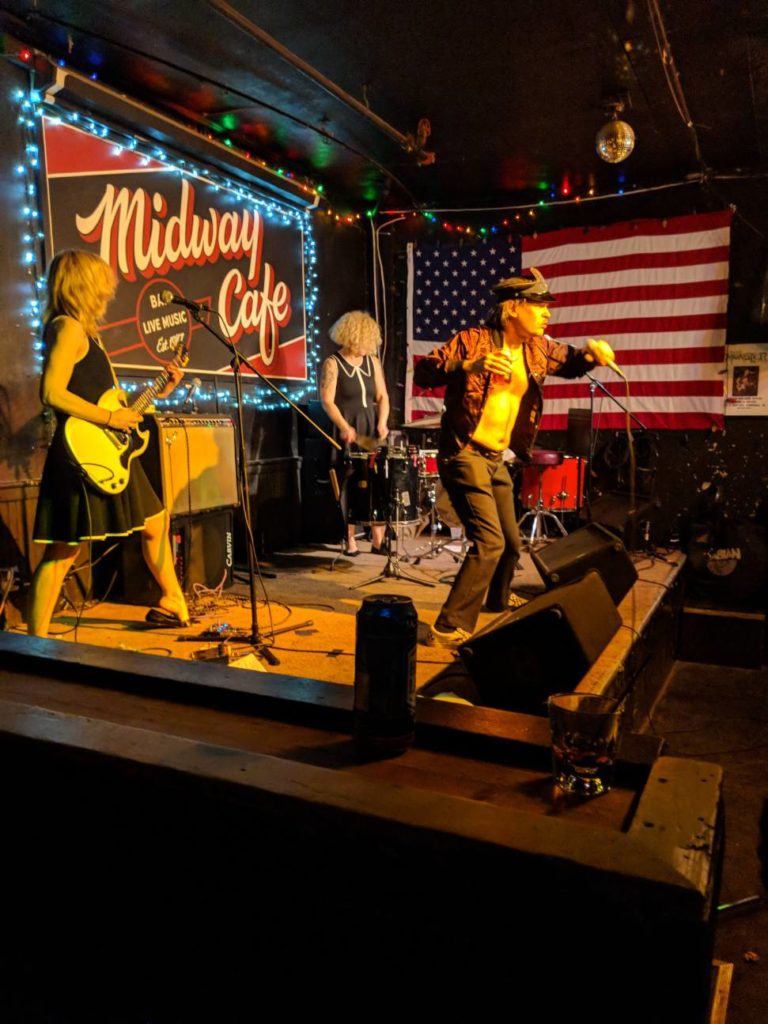 HIGH ENERGY. The Cafe is dusted with punks of all ages; whiskey to Narragansett to Guinness. There’s the sound of a garage coming through the PA as there’s some guy at the end of the bar spinning 45s from a tiny turntable that’s running auxiliary through to the sound system. 50-60-year-old tunes like the original, “Let It All Hang Out” by The Hombres and “Poison Ivy” by the Coasters set a perfect atmosphere to this dusty dive on a Wednesday night. There’s a French punk band on the bill from Montpelier, called Les Lullies, along with another three-piece known as Tommy and The Commies. But more importantly, as the show opener and still the headliner? THE MONSIEURS!

Tommy and the Commies who, from outside the bar, sounded like a bullet version Green Day while Les Lullies had a bit more of a Zeppelin grunge tone to them but equally rocked the Midway. A well-needed headbanger for about 45-50 punks on a Wednesday night. These bands were totally cool, but I was at the Midway for three other reasons. To have a drink, to sweat, and to freak out to the Monsieurs. Made up a drummer without a kick drum, a guitarist that blasts tones through a fender deluxe and a bass cab stomping out the fattest fuzz you were scrambling for through your sweater and loose sock drawer. Finally, the man who you rarely see smile. A most apathetic expression rests on Andy California’s face until the rock starts rollin’.

Four clicks from Erin King, a beautiful, bodacious drummer who manifests Bobby “Boom Boom” Bennet from The Sonics with a consistent smash on the floor tom that fills the void for lack of bass drum. A snare, tom and ride cymbal is all King needs to be the Queen of the cafe at this show. With a snake-filled-box full of attitude, Hilken Mancini sets the room on fire with a flamethrower of feedback and the rhythm of rock n roll that we were all waiting to put toilet paper in our ears for. Mancini is incredible at bopping the backing vox supporting California to exercise the fun that flies around the Monsieurs’ songs. The music starts as Andy stays stoic on stage staring out at the crowd. With an American flag as his backdrop, He puts the mic to lips and harnesses a pile of power that you’d think would be grabbed from his exposed gut. But you know this power doesn’t come from anywhere, it was there the whole time. The power simply is Andy California. In and out of the crowd, California creeps and his creature-like attitude resembles a pirate Iggy Pop. Though Iggy would be a lizard and California would be the Creature from the Black Lagoon. The Monsieurs bulldozed through song after song with zero breaks until the set was finished. King, Manchini and California, thank you for the sweat, the good times and the tunes.

See you at the next show. 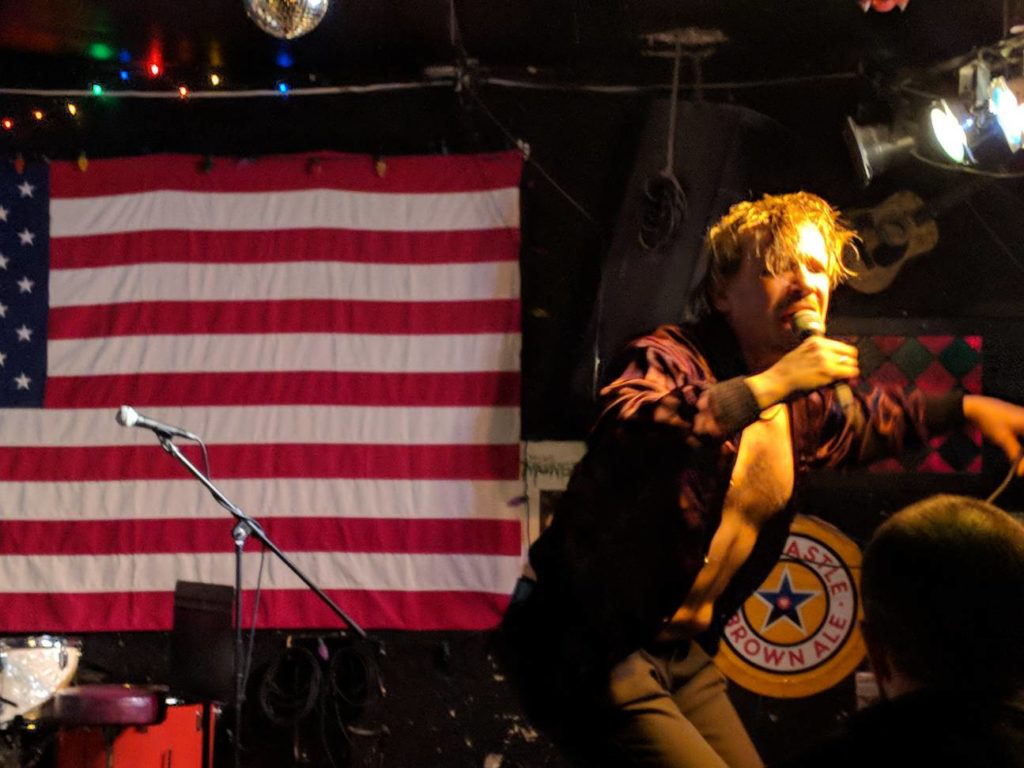