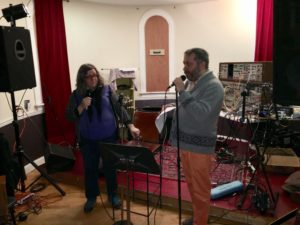 SOMERVILLE, MA – Friday, Feb. 3, on le Boulevard de L’Avant-Guarde (a.k.a. Somerville Armory Cafe) The Ape’s Nest podcast went LIVE LIVE LIVE  with local talent GALORE including Mr. Christopher Carmelovich, Ms. Angela Sawyer, Mr. (s) Death Shepherd, Ms. Christine An, Mr. George Luke, Ms. Andrea Pensado, Mr. James Huessy, Mr. Peter Gumaskas, Mr. Nicholas Branigan, Mr. Guy Benoit, and Mr. Id M Theft Able. Mr. Chris Braiotta (née Carmelovich, Pope of Somerville, writer, flâneur) and Ms. Angela Sawyer (née Weirdo Records, currently the hardest working comedian in Boston) hosted this bonanza extravaganza of words and the most interesting sounds this gal has heard lately and let me tell you she’s heard her share. Writers were paired up with local adventurous noise maker weirdies and boy howdy  the combination was electric, disturbing, and just downright hilarious on occasion–sometimes all at the same time–and how often does that happen, kids? Can’t wait for the next round. A little birdie tells me the next LIVE @ The Ape’s Nest podcast is happening–if not soon enough–pretty darn soon on March 21st at the Midway Cafe and oh, I don’t need a crystal ball to tell me it’s gonna be a good one. Meantime the paparazzi (wink wink) got plenty busy so enjoy this very insider photoage. Just look at those instruments, this is a not a group afraid of inanimate objects. Till next time, kiddies, I’ll sign off  –Gilmore “the gal with her ear to the ground and to the sound” Tamny 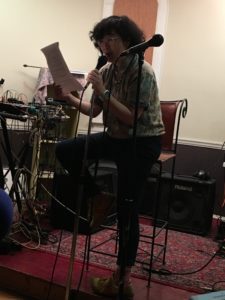 Ms. Christine An – now that talented gal can deadpan with the best of them 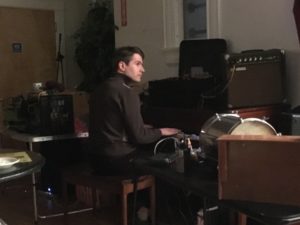 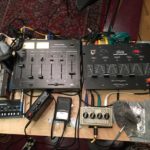 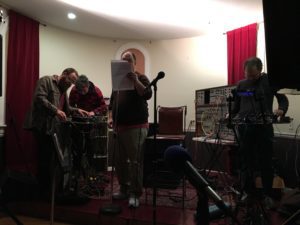 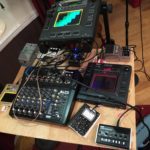 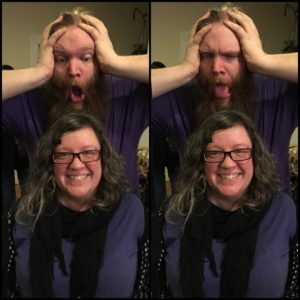 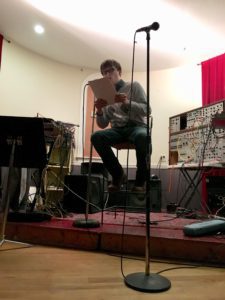 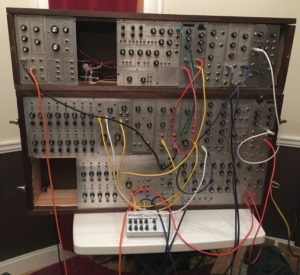 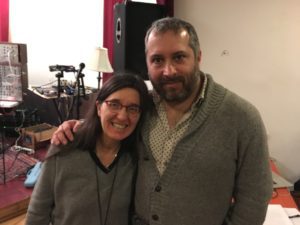 Check out this pairing, Mr. Chris “Ape’s Nest Himself” Braiotta and the miracle that is Ms. Andrea Pensado 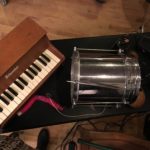 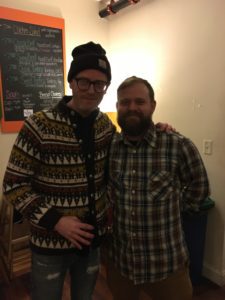 Mr. Nick Branigan wearing I don’t mind saying it THE finest sweater of the evening with Mr. Peter Gumaskas 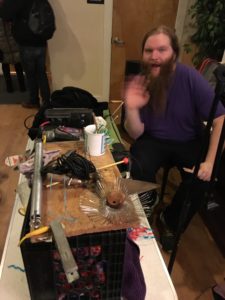