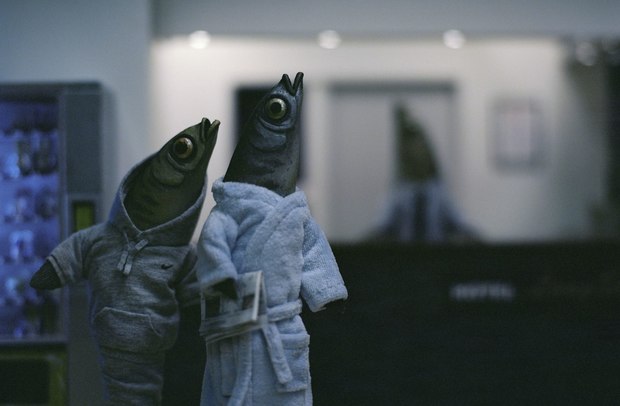 I made a Moviegoer 101 mistake by not buying a ticket to the Sundance Film Festival Shorts program in advance, only to discover upon arrival that the ICA had sold out their afternoon showing on a cold Saturday afternoon. Usually, I’m careful (overtly and annoyingly so) about anticipating theater scenarios, but lately I’ve been able to skate through empty rooms for movies that have been out several weeks after their theatrical releases (though Into the Spider-Verse was not immune to the toddler mob when I saw it last week). Undeterred and smarter, I bought a 1 PM showing the next day. When I arrived early to get a good seat, there was a line that had already formed.

It shouldn’t surprise me that there are so many people who want to watch pieces from the longstanding independent festival that has given rise to many prominent directors and changed the landscape of mainstream cinema. Though screenings of acclaimed films is not a new type of generosity, there is a deep appreciation for bringing joy to audiences beyond the borders of Utah.

Here, I’ve broken down the plot and my feelings on the seven short films selected in this year’s Sundance program tour.

Teeny, a twentysomething who is far from the cushioning protection of post-graduation dreams, awkwardly finds herself at the front steps of a fellow classmate’s house, looking for a babysitting job that her classmate’s assistant posts. She takes baby Celery out for a stroll in a Stepford-Wives-meets-new-Southie neighborhood, where she is mistaken for Celery’s young mother and is not totally upset by it. The short-circuited thrill ride and the featured millennial buzz words are not dissimilar to a Broad City episode, which is probably a refreshing take for an opener of a film program that may seem snobbish. Also props to baby Celery’s excellent side-eyeing.

In a NY Op-Docs article, Bilal calls this piece an example of “proximity camera,” since he couldn’t afford to make the film he wanted to make. It can be taken almost literally, as many of the close-ups are of his younger brother, Ishmael, who moves back home with his parents in Missouri. The reason for the move-in isn’t explicitly stated, but there’s a certain stunt that underlines Ishmael’s status as baby brother. In the mere minutes where the spotlight is shining on his daily activities, Ishmael tries to jump off a roof, runs red lights in a car he’s proud of, and has a hard time accepting that things are different from what he was used to. Baby Brother carries the amount of gravitas that coming-of-age films do, but with such a simplicity that it was one of my top favorites. 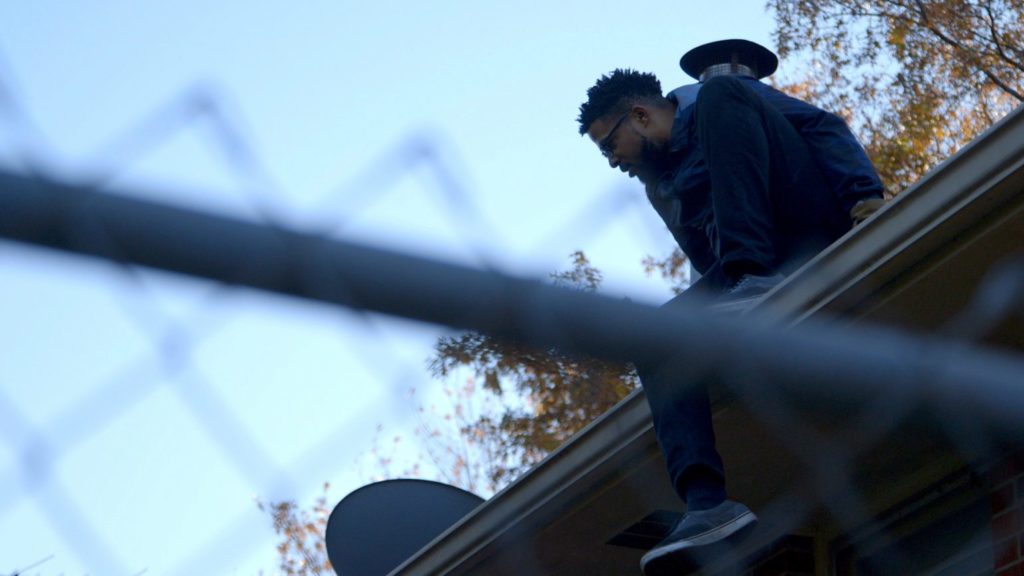 Ishmael, the subject of the documentary BABY BROTHER, USA. Directed by Kamau Bilal.

There’s not much to say about The Burden except it was so wonderfully weird and tragic and lonely that I almost wanted to stay in touch with the sardine that wanted to keep its skin soft. Petition for dystopian musical and even more dystopian-like soundtracks to push me off the edge.

There’s an interesting article that floated my news alerts a while ago that interviewed Ava Berkofsky, director of photography for HBO’s Insecure, in finding the best way to light dark skin, which, to me, recapitulated what “black boys look blue in moonlight” meant in a cinematographic perspective. Hair Wolf repurposes the same red/purple ambiance to instead create a witchy, gentrified Brooklyn and villainize the “Hair Wolf” (I almost screamed because I originally thought it was Ariana Grande making a cameo with her original skin color). It’s a cute ‘n’ campy horror sandwich that had the right proportions, and I received life when, in an attempt to avoid the Whitewash hex, the two heroines were rattling off the names of powerful black women that anyone with pores would be jealous of. 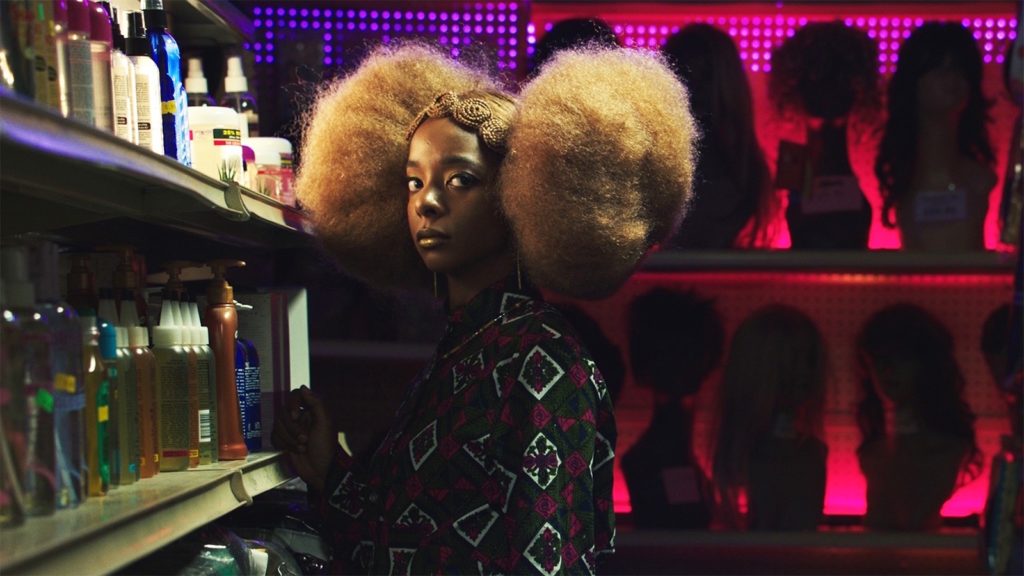 This textually rich film (the shortest of this program’s roster) may seem like a silly and superficial animation of a man embarrassed by the birthmark located on his gluteus maximus, a biological sin passed down from his father. But given the uprise of the feminist movement in the country, perhaps it’s a nod to the incredible high standards of South Korean beauty that men’s butts matter.

This one was a crowd pleaser + mover + fucker. Fauve is an uncluttered form of poetry that also induces high amounts of stress, as it involves two unsupervised boys trying to out-do each other in an unregulated game with a points system. It makes me hate and it makes me sad, so there’s that fun smoothie for you. 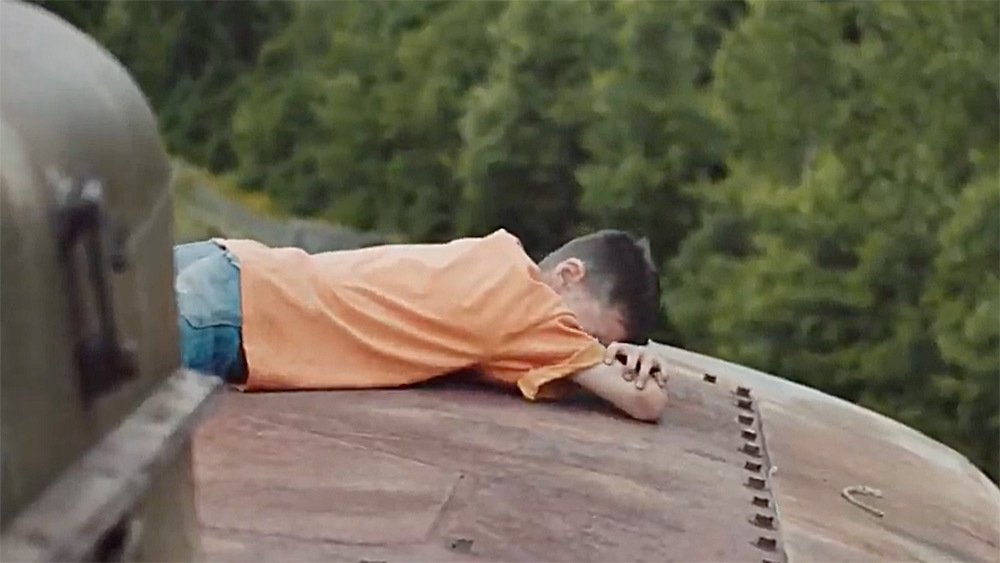 I don’t think this one received as much verbal love from the ICA crowd as it should have, but when you think about star Francisca Iglesias Bouzón’s standoffish but motherly attitude (it’s a Spanish film, but eerily reminds me of Bostonians) in a seafood factory, and about the “My hands look like this so hers can look like that” meme at the same time, Matria is a lovely kiss to the wonderful mothers in the world.