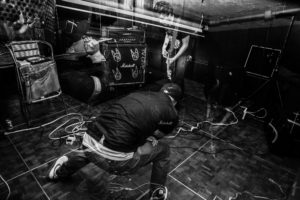 On the 7th Hardcore Stadium was packed, front to back, with a crowd in for a hard hitting 5 act night. Headlining were high energy New York punks, Show Me The Body, stopping in Boston on their tour of the states.

The gig swapped between a few different genres, all heavy in their own right. From the opening noise act Pain Chain whose set came in at just under five minutes, to Thighs’ performative spectacle, fronted by Hassle’s own Dan Shea. The duo from KTB kept things pretty dark with occasional bursts of sound and energy. Mmph’s set had the room frozen and hypnotized as the duo played a set that felt like an out of body experience, leaving the room blown away and ready for the final act of the gig.

Minutes after Show Me The Body took the stage the room erupted in a new type of energy. The back mirror of Hardcore Stadium fogged up, the monitors ended the show flipped at different angles, the PA was caught from falling and Boston Hassle’s intern Tony Tirador could be seen crawling out of the pit, bringing the mixer to a safer spot against the wall. The hardcore three piece drew in a hefty amount of fans to pack the room front to back, all eager to join the mass of bodies in the front of the room without much hesitation. There weren’t many breaks between songs and any time frontman Julian Cashwan Pratt wasn’t in front of his banjo he was likely pressed against the crowd. The night ended with the room drenched and a mass of smiling fans making their ways out of Hardcore Stadium. Check out the photos from the night below. 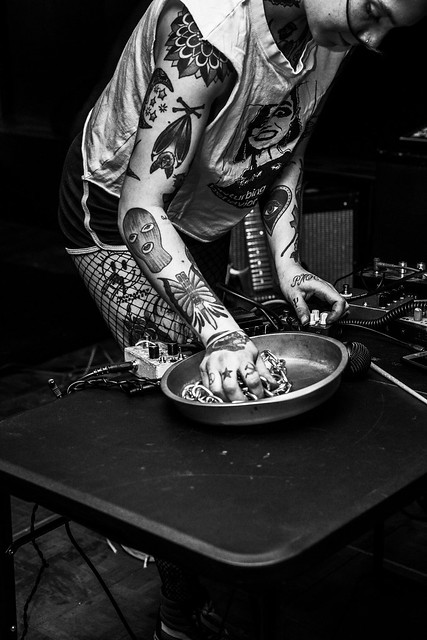