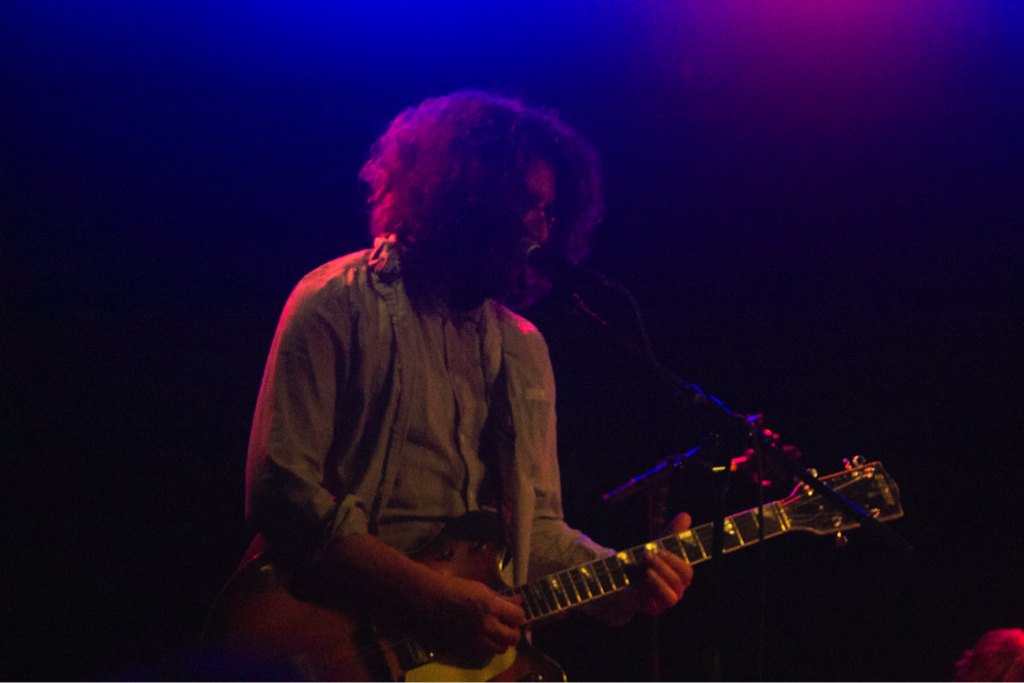 Sebadoh closed out the first leg of their North American tour a few weekends back with a surprisingly mellow, but nonetheless enjoyable show at the Sinclair.

The band played as a trio with Bob D’Amico on drums, and Lou Barlow and Jason Loewenstein switching between lead vocals/guitar and bass. At one point in the show, Barlow commented, “people tell me when I play bass I’m an animal. And when I play guitar I am just a nerdy guy in glasses.” Who ever said this wasn’t lying. The two versions of Barlow reflected the two major phases of the night. When he was on guitar, the band was melodic and relatively subdued. When Loewenstein took the lead, with Barlow on bass, it was as if there was a totally different band on stage. A noiseir band, more reminiscent of Sebadoh’s chaotic 90s heyday.

Sebadoh drew a crowd of dedicated, longtime fans and played as if they had nothing to prove. The show was laidback, and often somewhat messy, but this only added to the charm. At one point Barlow responded to a (loving) heckler who jokingly told the band to “chill out” by saying “That’s what I say to my kids! ‘Chill out!’” It was a completely unfunny bit of stage banter, but totally unpretentious and endearing.

Barlow seemed to think of himself as a music enthusiast first, and a musician second. As a founding member of Dinosaur Jr, there’s no doubt that Barlow is among the most important musicians to come out of Boston, but when he reflected on his time in the city he focused on buying guitars and records, seeing Pavement at the Middle East, and being shocked to hear Sebadoh on WFNX.

Fans were content to listen to songs from Sebadoh’s new album Act Surprised, but the classics got the biggest reaction. “These are the last new songs of the night” Barlow said before “Celebrate the Void,” and “Fool.” He followed it with a half-sarcastic “wooo!” implying the audience would be excited to finally hear what they knew. It wasn’t completely true, but it wasn’t totally off base either.

For their encore Sebadoh gave the fans exactly the medley of hits they were looking for: “License to Confuse,” “Rebound” and “Brand New Love” among others. It was a satisfying and exciting end to surprisingly laid back night of garage rock.

Despite Sebadoh’s acclaim and significance throughout their career, the group presented themselves as a few regular dudes just doing what they love. They made no effort to put on a tight show, but just enjoyed themselves and brought the audience along with them.