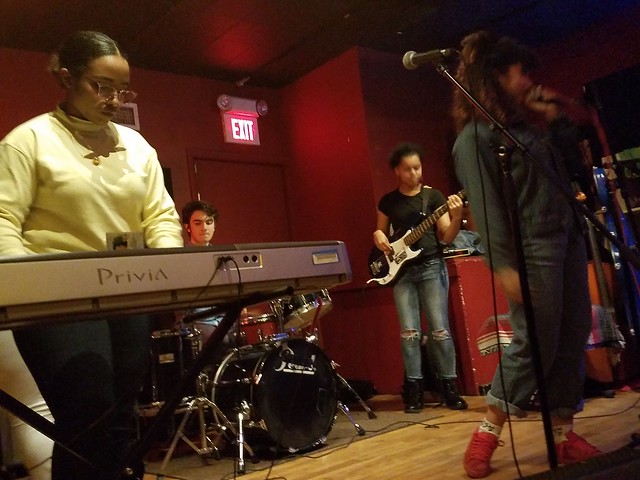 Though some mistook last Friday’s late show at The Lilypad to be cancelled after intended headliner Erica Eso‘s last minute Canadian emergency, the two remaining acts, Ruune and Nakedly, saved the evening by playing to a vibrantly responsive crowd. If you didn’t go or had your mind wiped since 11:59 PM Friday, allow me to give you the 555-1212.

Ruune, a frequent Hassle contributor from western MA, started off the night’s program (as well as a brief tour) by delivering what they modestly referred to as an “art-pop electro Lady Gaga ripoff thing”. In reality, their blend of introspective lyrics and EDM beatcraft radiated with a level of energy that Olympic medalists would envy. Addressing the crowd midset, Ruune fed off the audience’s positivity and declared it their best Boston show yet, while acknowledging that it took a move to and away from the city for this to transpire. The set drew largely from November’s H.E.X. Collection EP, with should-be hits “Ghodess” and “Trash Fire” effectively becoming lodged in showgoers’ gourds for good after escaping the house speakers.

Following Ruune, indiesoul ensemble Nakedly took to the stage (for the second time ever!) with an apparent magnetism that significantly increased audience density. To this point, many enthusiastic teens who had seen them at March’s Yes Fest event poured in as they began, with a feeling of welcomeness likely furthered by the Hassle’s recent 18- initiative. In terms of the music itself, Nakedly thoroughly impressed. A five-piece consisting almost entirely of multi-instrumentalists, it was easy to forget (or deny) that they were such recent arrivals to the scene. Setlist-wise, the performance was originals-heavy, with notable covers of Angel Olsen and Lady Lamb sprinkled in. Crowd movement was unavoidably felt, seen, and contagious for sure. Instrumentally, they mostly assumed the guitars/bass/drums/keys/vox formation, but between their many on-stage instrument swaps, cello and mandolin talents were also displayed, which helped construct their image as multi-dimensional band.

As the show ended, my feelings were mixed. Certainly it was convenient for the late show to end in time for a return trip on the Ashmont train, but I found myself wishing to relive each moment: waiting for the early show’s crowd to disperse, feeling Ruune’s high voltage pop blast, getting my ears stuck in Nakedly’s soulful web, downing that ace bag of seaweed chips on the walk over from Central; the whole night up to that point was tops. Life must go on though, and while it may be a little while until these two acts’ next local shows, perhaps Ruune’s new video game can help that time pass more enjoyably. 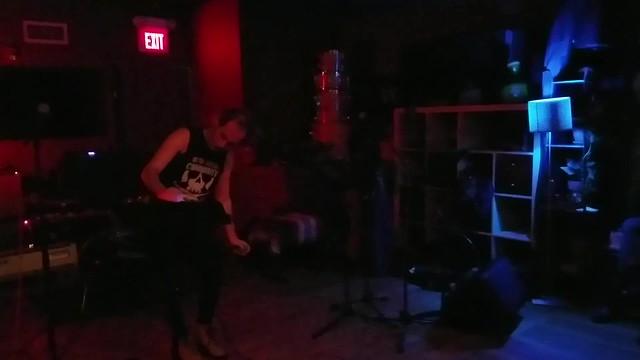 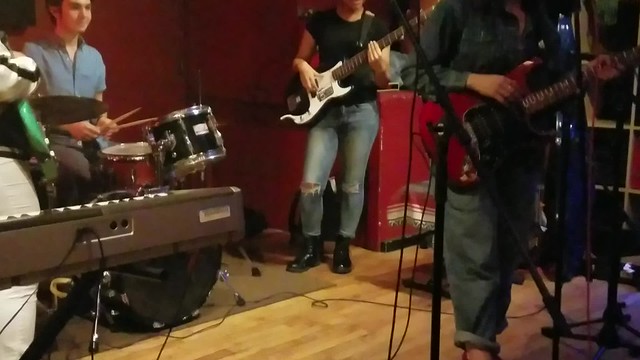