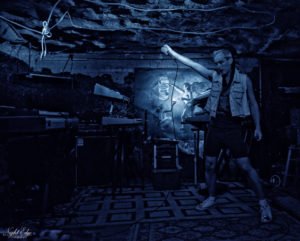 Ruune. What more can I say that this mystifying performer can’t say themselves? Well for starters, they are kicking off a rad week long tour starting tomorrow (at the Lilypad in Somerville) & coincidentally they are one of the most prolific writers this humble blog has ever seen! But why?
That is a question with no answer other than, to put it plainly, the love of art and music of course! In the past they toured, promoted & organized their own music & music they have curated literally by themselves. & Now settling down into the married life, they find themselves in a different lifestyle altogether, going to school, doing low key Tarot readings (Ruune has always the mystic into their creative routine) & writing about music they finds important. For Ruune, in more detail, check out the music & interview below & catch them at the Lilypad 3/30.

BH: Give us a deeper perspective on your work?

Ruune: As far as “My work” goes, I have had a lot of ups and downs with this over the past ten years. A fabulous poet friend of mine once quoted me a fable that another fabulous poet quoted to him: “You have to love the work more than you love yourself”. If you want to have a career in any sort of creative or performance fashion, this *has* to be true with how you approach life. It can’t be any other way. You have to put your work, whether it be your writing, your music, activism, organizing, whatever it is you do above yourself and above the people around you. You kind of have to worship it, and sacrifice parts of your life to it. I did that for a long time, I had a lot of fire in me, and hustled a lot to make things happen. I would play 365 show a year, sometimes more than one a day, and would be on tour while also on the phone curating a show that should be happening “back home”. Unfortunately, the human body can only sustain so much, and sometime before turning 30 that became a terrible idea to keep doing, so I stopped. It was sad at first, but now I am exploring what it is like to love myself *more* than I love the work, which has become a really spiritually fulfilling character growth. People sometimes shit on weekend warriors, but these days that is what I love to be. I am not really trying to change the world anymore, I am just trying to have fun and make space for other people to have fun too, on my own schedule.

BH: What is your deeper perspective your music specifically & the different shapes its taken over your career?

Ruune: Nowadays I do this art-pop electro lady gaga ripoff thing, but for a long time I was a folk player who was on tour all the time. Back then I was writing songs all the time and churning out CD’s and little EP’s so that I would have something to sell at shows and buy groceries with. Now I take a longer approach to songwriting, I just kind of let music come to me as it will. I use a lot of rituals to write music (witchcrafty-type stuff is a big part of my spiritual practice), and performance is a pretty spiritual thing for me. When I perform, and I really “drop in” to the performance, it is almost like I am not there, and sometimes have trouble really remembering being on stage. I love performing, but don’t really love all the extra shit around it as much as I used to (booking, promoting, making sure your relevant, etc etc etc). So now I think I am inching closer and closer to getting that “spiritual feeling” when I am writing the songs instead of performing them. I would love to evolve my personality enough to be able to find validation in JUST recording something for the sake of creation: but the way we are raised in capitalism makes us need the public validation that comes along with “getting booked on a good show” or “getting written about” or “having people sing along”. I am trying to get away from that because it is all fleeting, really. It would be amazing to record a whole full length I am really, really proud of, and just show it to like, my husband and my family. And just be okay with that. I am not there yet, but I can feel myself inching closer and closer as I further deconstruct my fire and spirit of ambition and start to walk the path of water more.

BH: You’ve mentioned before you use to tour extensively. How has that shaped you as a person & artist?

Ruune: As I said before, I am starting to play out less and less because I do not have the energy for all the work that comes with putting it all together, and I am too poor to hire someone else to do it. I have vowed to myself that I would stop talking about “how much I toured”, like it even matters, but my time on the road represents some of the most magical, awesome, and terrible periods of my life. It is a lot easier to do now than when I used to do it, so if any younger musicians looking to get out there and do it want any advice: it is just to have fun with it and not expect much. Or find some way to create your own narrative about it, because you will find it so much more compelling if you can turn it into your own story instead of setting expectations of what it will be based on what you have heard other bands accomplish. I am very lucky though, I went through a dark period after “retiring” from the road, thinking none of it was worth it. Since then, I feel I have come out the other side, and can feel things working out due to my hard work. I do get asked to play shows here and there, and am able to get from them what I need to not stop, which is very nice. I find the less I hustle, the more opportunities fly my way, so I am just taking time to relax and enjoy my life with my husband now.

BH: What is your take on promoting shows?

Ruune: I hate promoting shows. I am very excited to someday get to the point where I can just delete my facebook and never have to deal with that again, because it never seems to make any difference. When I was younger I used to run around with flyers (I still do, but way less), and I know a lot of older musicians will compare the two (as in, they will shit on facebook and herald flyers), but I think they are both different sides to the same coin. If I see a band not doing one, they usually arent doing the other one either. I have noticed most bands don’t promote, and used to be kind of frustrated with this, but it makes sense: they aren’t getting paid. I think that bands would promote a lot more if they got paid, but since they aren’t getting paid, than its “just for fun”, and why shouldn’t it be? It is a full time job to promote your band’s shows! This is one of the biggest problems with “DIY”, sometime in music history we all raced to the bottom as far as how much shows cost, and people got trained to expect that. So now we don’t pay to get into the shows, so we don’t pay the bands playing, so they don’t promote, so less people come. Obviously it is a lot more complicated than that, but its a thing. Anyways, I am excited to never promote another show.

BH: Tell me about your life and what keeps you going with creative endeavors:

Ruune: I struggled for a long time to fit into a box of what I thought would get me noticed and be “successful as a musician”, and now I don’t care. I am not even talking industry successful here: even in the indie, diy way. It never really seemed to work out until I started to really just 100% be totally, unapologetically myself, which involved removing myself from a lot of community and scene activity so I could figure out exactly what and who that is. One of my biggest inspirations for this is actually pro-wrestling (the fake kind), and pro wrestlers. I love stories of wrestlers who had some not-so-great time in the big leagues, and then eventually quit or got let go to have the chance to totally re-invent themselves on the smaller circuits. I remember one time hearing a podcast interview by Dave Batista (who was “Batista” in WWE, and now plays Drax The Destroyer in The Marvel Franchise), he was asked if he would ever go back to wrestling again, and he said yes of course he would. But he wouldn’t want to be on TV, he said. He wouldn’t want to do any big storylines, fight for a title, be on ESPN, any of that. All he would want to do is work regional house shows and get to actually wrestle and have a good time. Another wrestler, Cody Rhodes (son of Dusty Rhodes, a super famous WWF/WWE wrestler) had an almost embarressing prime time run from being forced into a character he didn’t want. He quit, and now travels all over the world as a super star on the indies, working for himself, when he wants. There are more. These guys are super inspiring, in that they let go of the “bigger dream” in order to just do whatever the hell they wanted to. Now, that bigger dream could be getting on MTV, getting signed to a major label, or even getting noticed by the “cool kids” in your local indie scene. I finally learned to stop trying to live up to these expectations and just do what I want. And honestly, what more could I want? I have been all over the country, and there are people in every state who have my music on their playlists. I have played a few sold out shows at big venues, and not many people can say that. To be real, I could just netflix and chill for the rest of my life, and be fine with it. But for now I am lucky enough that people ask me to play shows from time to time because they love my music. I will just keep doing that until its not fun anymore, and then I will do something else. No hustle, no expectations. 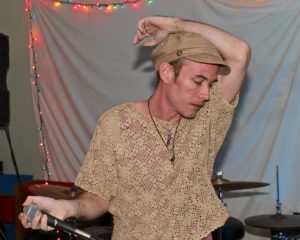