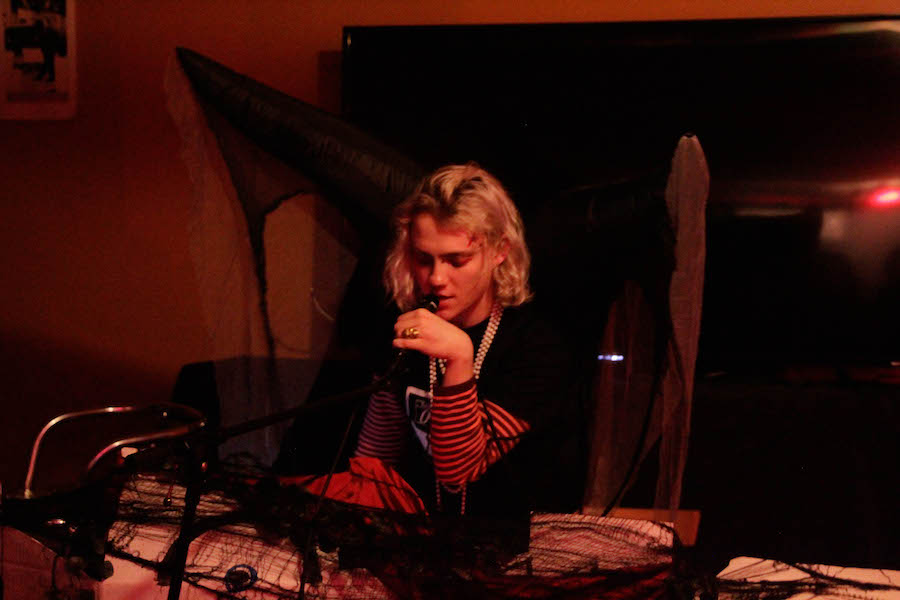 Record Hospital Fest 2019 was an exciting showcase for Boston’s DIY music scene (I told my friend it was “like DIY Coachella”, which she didn’t appreciate). The two-night festival, hosted by Harvard’s WHRB underground music program of the same name, was held in Cambridge’s Elks Lodge, a mid-size, but somehow still intimate space.

The first evening started with three solo performers: Vim, Floricane, then LUCY. Vim entered the space with black inflatable wings, and performed an ambient set that transported the audience through space and time. Floricane built on this atmospheric tone with a solo guitar set, accompanied with the soft sounds of birds chirping, which added to the calm of the performance. In contrast, the next artist, LUCY, gave us a danceable, beat-heavy set, constantly moving and hyping up the crowd with references to Boston.

The first band, Freaking, delivered a raw performance with Breeders-esque vocal distortion. Then came Beeef, who started off their set with their perfect summertime hit, “Dogshit Paradise”, followed by tunes that have not yet been released. Raavi and the Houseplants also performed a set of fantastic new music, expanding on their lounge style with intricate shifts in time signature. Honey Cutt performed a fun, high-energy set last. Unfortunately because of the limits set by the venue, the show was cut off at 11pm sharp, leaving The Water Cycle without a full set.

Overall, the night was a great way to show what Boston’s DIY music scene, and Harvard’s radio station, has to offer, despite the curfew.

Photo by the Author