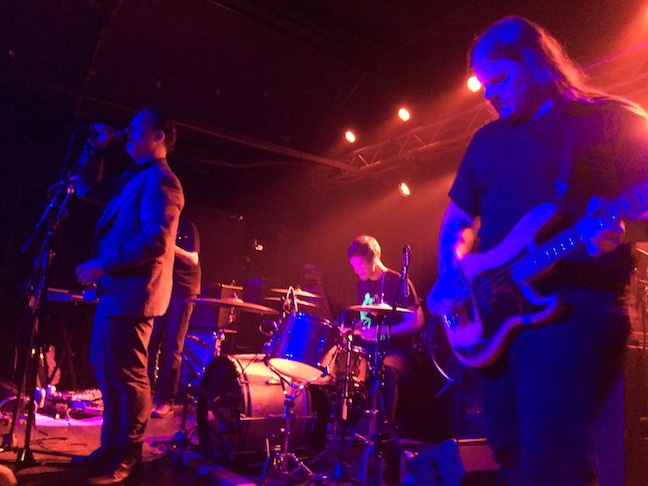 This was the perfect show for those who like things deep and dark; the musical equivalent of drinking Polar’s new Minotaur Mayhem seltzer. It looked like the ladies of Rattle were having a drumversation. The setup looked a little odd at first. The only instruments that Rattle used were drum sets and mouths. It created an eerie gothic post punk sound.

There is nothing fancy about Protomartyr and that’s a good thing. These guys just straight up rock! They played a bunch of their recent hits and played old favorites “Why Does It Shake” and “Scum Rise” towards the end.

The last time I saw Preoccupations a few months ago I was disappointed because the singers mic was too low. They played my 2 favorite songs of theirs Continental Shelf and Espionage early in the set. Definitely catch them next time when they come to Boston.

My Children
Wheel of Fortune
Windsor Hum
Want Remover
What the Wall Said
Violent
Jumbo’s
A Private Understanding
Here is the Thing
Pontiac 87
Why Does It Shake?
Scum, Rise!
Half Sister

Photo’s by the Author.

Liked it? Take a second to support Joanna Trachtenberg on Patreon!

Jesus Christ this was some epic shit. First mind blowing live music experience since that thing that happened. Metal heads overflowing onto…