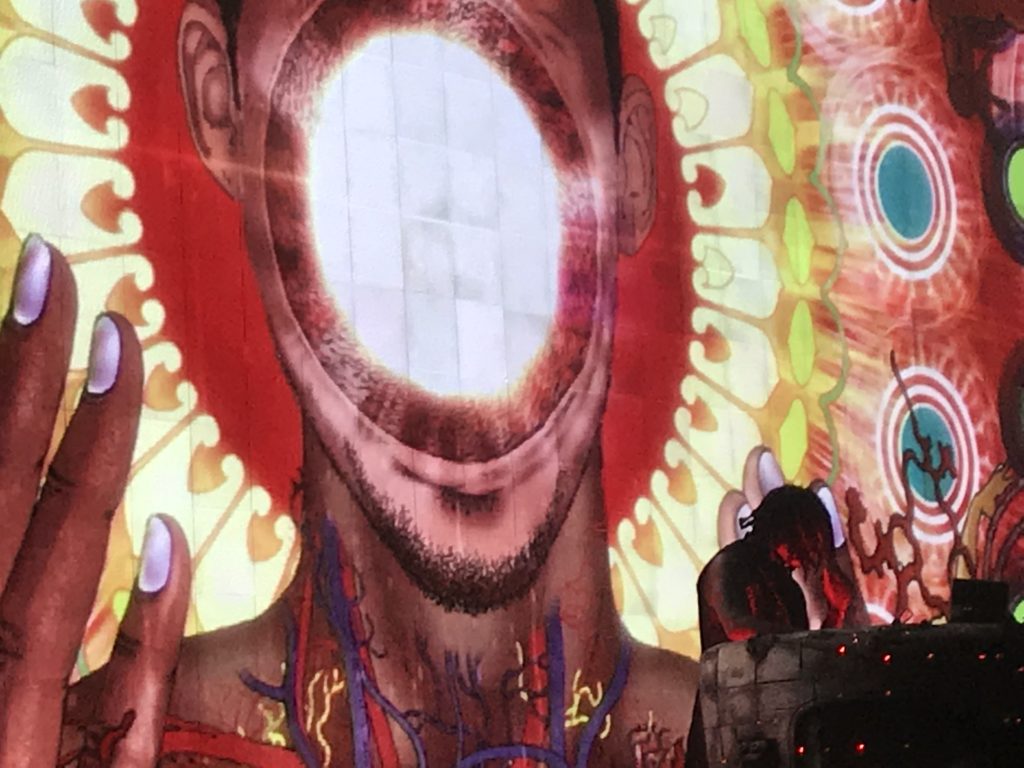 In 2019, being given a pair of 3D glasses before a show is mostly a thing of the past. Admittedly it felt a bit corny to be given the instructions “put your 3D glasses on now,” before Flying Lotus gets on stage. Wasn’t this fad over five years ago?

But Steve Ellison, the man behind Flying Lotus, is a visual artist nearly as much as he is a musician. With a huge collection of trippy music videos, as well as his absolutely disgusting musical horror film Kuso, Ellison has an impressive track record when it comes to blending audio and visuals in innovative ways. If anyone can make a 3D concert experience truly stunning in 2019, it’s Flying Lotus.

Performing from a Kuso-esque podium that looked like a giant bulging internal organ of some sort, Flying Lotus morphed from warbling jazzy bass to trance educing synths and even to a spaced-out remix of Solja Boy’s “Crank That.”

Ellison stayed behind the DJ Booth for most of the set, but when his rapping alter ego Captain Murphy made an appearance it made for an exciting and disorienting shift. Never missing an opportunity for a spectacle, Ellison had his alter ego announced with the message “CAPTAIN MURPHY IS ABOUT TO SPEAK” on the big 3D screen. His twisted, pitch shifted vocals live up to the hype.

What really tipped the 3D visuals from a gimmicky effect to an engulfing audio-visual experience was how well they were synchronized with the music. As accompanying visuals flashed on screen for songs like “Coronus the Terminator” and “Zodiac Shit,” Flylo’s back catalogue of excellent, trippy music videos was made just as clear as his catalogue of excellent music. Adapted versions of the “Coronus, the Terminator,” “More,” and “Zodiac Shit” videos among others flashed on screen in perfect synchronicity with the music.

Flylo focused mostly on music from his latest album Flamagra, but earlier songs from 2014’s You’re Dead! and 2010’s Cosmogramma were weaved in seamlessly, making for some surprising highlights.

In a heartwarming surprise, Flylo played an unreleased Mac Miller feature during ‘More’ a song featuring Anderson .Paak. The former collaborator and fellow hip-hop/psychedelia experimenter was a great addition to the set.

Flying Lotus put on a truly unique stage show that captured his range and power as an artist. Visuals and music converged perfectly to envelope the room in a seamless psychedelic experience. 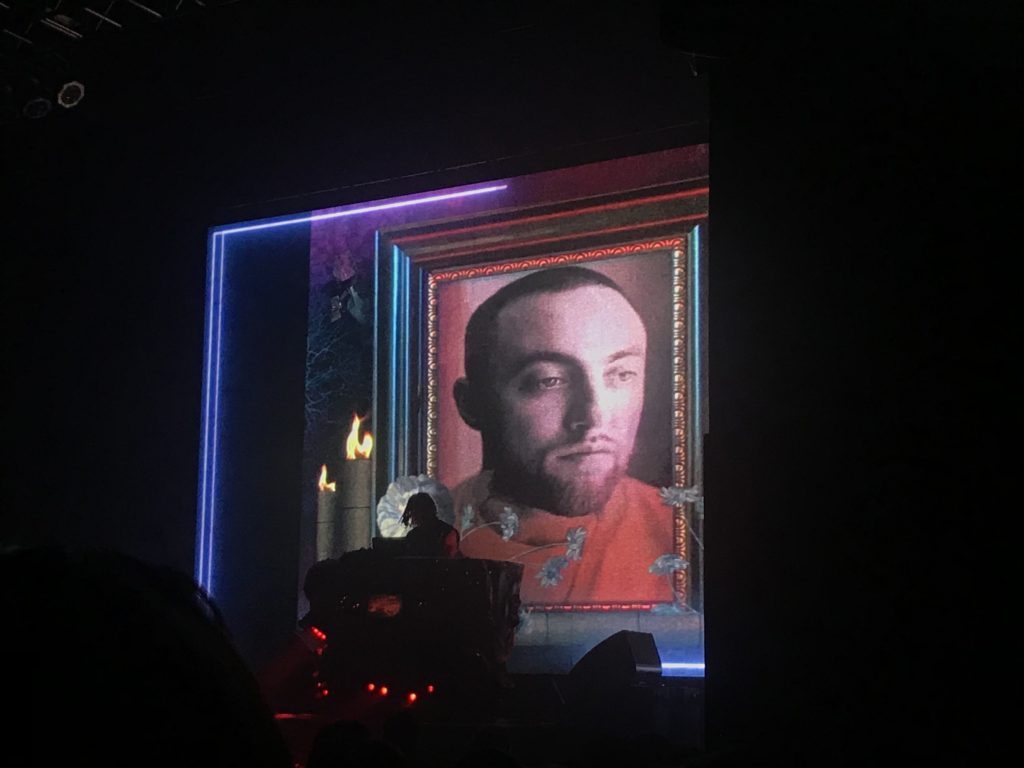