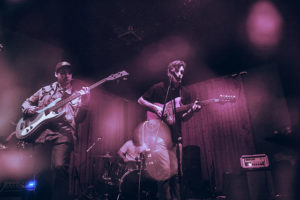 Emma Lucidi was the first act up. Filling in for Connecticut band Stanby, Emma was able to make it out to O’Brien’s on somewhat short notice. Lucidi’s set was unique in that it was the only solo act of the night, but also featured a powerful vocal performance and dreamy ambient instrumentals.

The five piece folk punk band Can’t Relate was the second act of the night. Their songs were upbeat for the most part, and their set featured one of my favorite parts of the night, a cover of Launchpad McQuack from Bryan Lee O’Malley’s, Scott Piligrm comics. Mint Green followed up with no shortage of onstage energy. Singer and guitarist, Ronnica spent a portion of the set dancing along with the audience and the band closed their set out with last year’s single “Take Care.”

Ending the night off was the trio from The Water Cycle. The three played songs from of February’s “The Water Cycle Falls in Love” and last year’s release “Other Boys,” closing the night off with a charming pop set. Guitarist Joe Kerwin and bassist Rob Capodilupo both spent some time in front of the mic during the set, and despite being smaller in comparison to the previous two bands, The Water Cycle had no shortage of a captivating stage presence.

Check out pictures from the show in the gallery below! 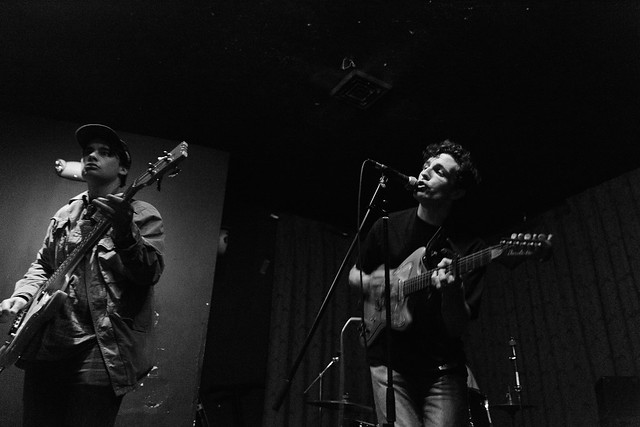 The Watertown Arsenal and its Ghosts: Chantal Zakari’s “A Work in Progress”