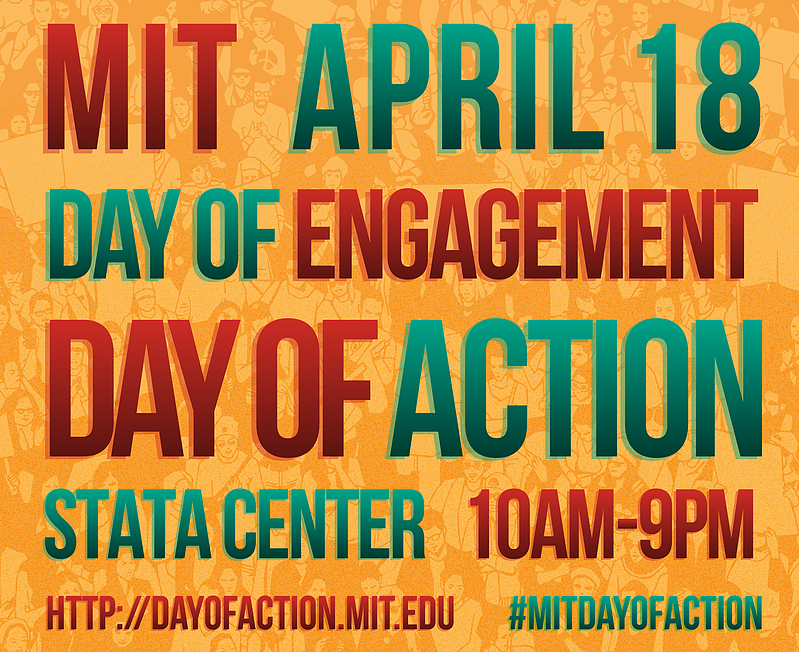 On April 18th, as part of the MIT Day of Action and Engagement, Associate Professor of Media Arts and Sciences at MIT Nick Montfort led a poetry reading on campus entitled ‘Poetry Across Borders.’ The reading was an exploration of different cultures and languages and Monfort asked members of the community to bring a poem they loved in translation.

19 people read. Some read just a single poem, others a set of two or three. The poems originated from Spain, Argentina, Brazil, Puerto Rico, or others were from China, or were about the experience of being Asian American. Some poems were from France, Quebec, or Germany. There was one poem from Haiti in Haitian Creole which thanked Jean-Jacques Dessalines, the leader of the Haitian revolution.

Some people did not read their translation, stating, “I don’t want to butcher Brazilian Portuguese with my accent, so I’m going to read it twice in English,” or, “I’m not going to read the Spanish. I struggle with English.” One person translated the lyrics of a Puerto Rican song into English on the fly, working from the original Spanish lyrics on their smart phone.

Some poems were not translated into other languages. One of these poems was an original poem written by a current MIT student who wrote about the experience of leaving her home town in England; “There is always loss,” she recited. Another student translated the works of a Polish poet, written in English, into monosyllabic English; “Can one run the tongue of an oak—harsh, strong, built?”

The readers introduced themselves as Writing and Linguistics Professors, students from poetry classes at MIT, international graduate students and post-docs, staff members at MIT, writers and translators and as people who had themselves crossed borders.

The poems were all so different that the reading had an intensely personal tone, like a small light shone onto each reader. By sampling widely from the tastes of others, the poetry as a whole was more accessible; there was likely one or two poems that struck you. Hearing each read out loud was an opportunity to cross our own, small borders into the unknown.

More information about the MIT Day of Engagement, Day of Action can be found here, on the MIT Libraries website.