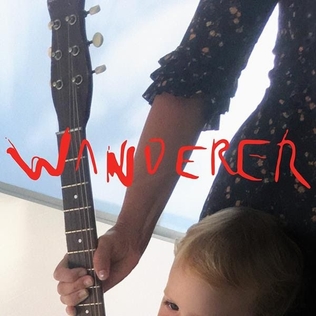 The band Arsun opened to a scattered crowd talking amongst themselves and buying and sipping overpriced drinks from the bar. Arsun, comprised of two guitarists and a bassist had a southern rock feel, and even covered The Velvet Underground’s New Age.

The band is led by Arsun Sorrenti, only 19, who is quickly catapulting to stardom in the NYC scene.

Cat Power took the stage next with incense in hand. Her first song, He Turns Down seemed to lead the way into an eclectic set that spanned her career. However, the remainder of the set spanned her later catalogue and songs off her 2018 album ‘Wanderer.’

Compared to her Fall 2015 solo performance in Boston at The Paradise I attended, this performance included a full band and Cat Power taking center stage and singing into two microphones, one microphone set to auto-tune.

The performance was provocative, interesting, and difficult, yet enlightening, as well as photo-less (Chan does not allow photography during her performances.)

While the enjoyment factor may have been less than par than what some might expect, the performance still sticks on my mind like glue, and is just as shrouded in mystery as it was in the moment, watching Chan sing onstage in a long black velvet gown. The performance is still so strikingly strange for being able to convey something so inexplicable, and yet also making it feel like the everyday.

Which in this light, is the very strength of Cat Power’s earliest recordings and poetry. Opposed to playing the likes of Rockets or Headlights or We All Die ad nauseam, Chan brings the power of musical performance art and is still able to surprise her biggest fans in unexpected ways.