The Monday evening show prominently featured droning and discord within the eclectic venue, vibrating from the bar to the Elvis bust. 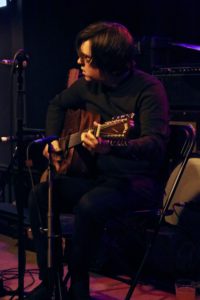 Noyes began the night with an acoustic twelve string, traveling through rhythmic strums humming and capturing hidden melodies. Formerly a punk bassist, and lifelong Boston local, Rob captures an essence of Leo Kottke with his style for this project.

The fullness in sound and sustained beauty of the chords drew people towards him as he began to play. Many people closed their eyes to allow their ears to take it all in.

In direct contrast, intensely political and rife with frustration, Kal Marks ignited the room. Carl Shane’s squealing guitar, accompanied Michael Geacone’s melodic bass lines and Alex Audette’s crashing drums to fill the room with layers of noise. The band has been active for quite some time, with Bandcamp releases dating back to 2011.

Parts of the set featured tracks of the 2018 release, “Universal Care,” but there was a strong variation in sound. Kal Marks will be playing in Boston again at O’Brien’s Pub on 4/6. 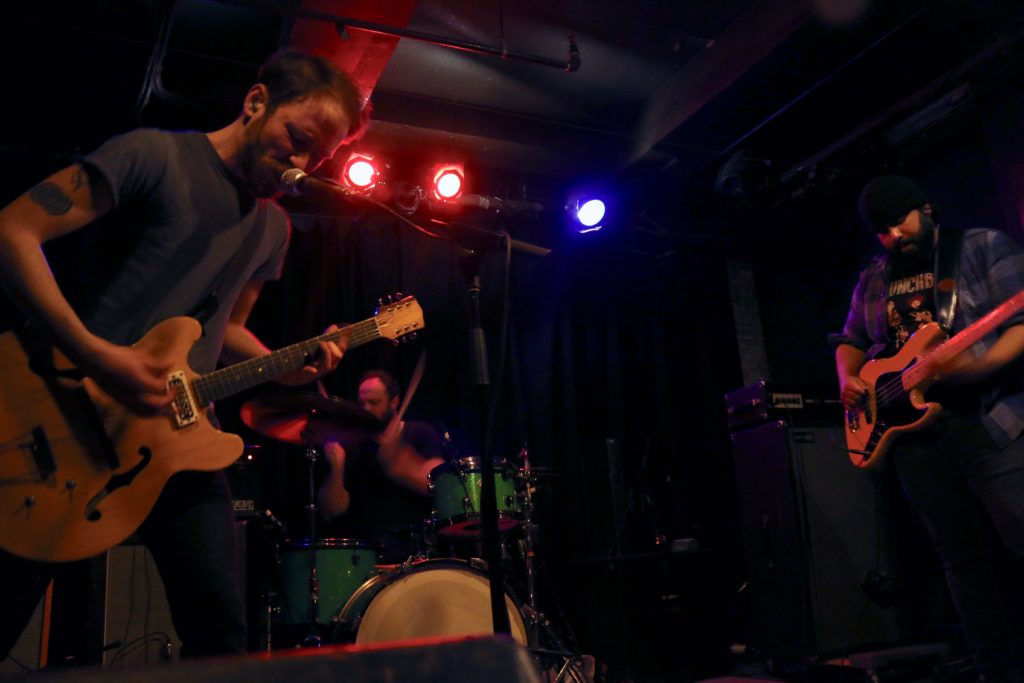 Although Great Scott is small, the quality of sound is always amazing. Even for noisey acts like Black Midi, and unruly crowds.

In cowboy hats and trench coats, the band set up to operatic acapella, then left the stage, only to reemerge to a distorted pop tune.

When they began to play, it was clear there was rhythmic magnetism. The hype surrounding Black Midi’s industrial, math-y brand of prog rock is not an overstatement by any means. Very quickly, the crowd began to toss and stomp around on the venue’s slowly morphing linoleum tiling, almost toppling some of the stage monitors. 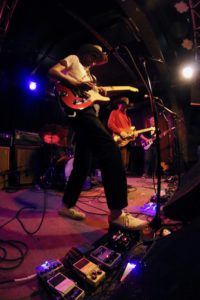 The four-piece has been quickly gaining popularity with their live shows. Their nomenclature is inspired by the Japanese genre of creating songs with so many notes that traditional sheet music would be blacked out. Their music reflects this as well.

The band’s advertisement for the event featured a can of baked beans for their Boston show, cheesesteaks for Philly; some tongue-in-cheek humor to remind us that they’re from London.

The band is incredibly tight; complex patterns from the rhythm section seem to happen with a sort of ease, hinging on Morgan Simpson’s mind-melting fills and Cameron Pincton’s unrelenting traveling bass work.

In two years, and with songs called “untitled 2,” Black Midi was able to travel and tour in the US, something that takes many bands their whole career. 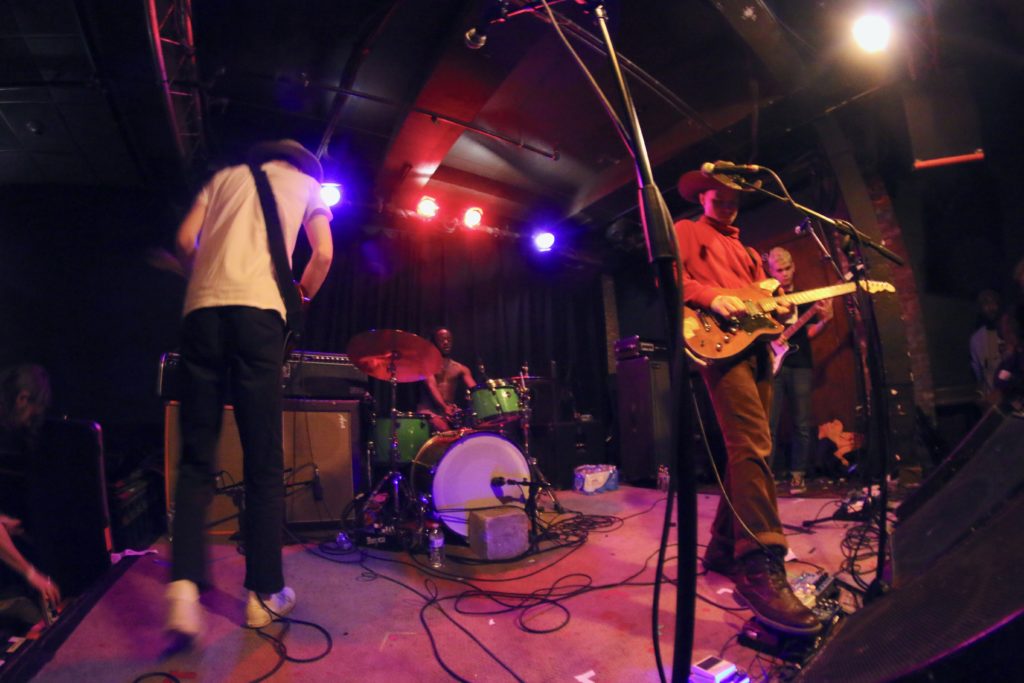 Liked it? Take a second to support Ash Richter on Patreon!

A Boston Hassle co-production with the Satanic Temple of Salem on Friday, June 3