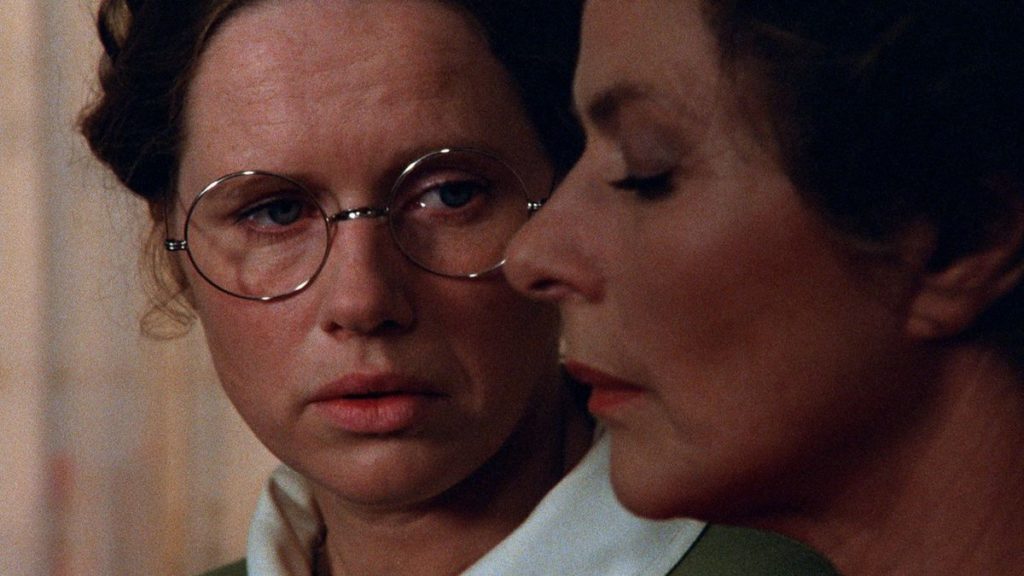 On Sunday, September 16th, actress, writer, director, and humanitarian Liv Ullmann gave a Q & A following a screening of Ingmar Bergman’s Autumn Sonata at the Coolidge Corner Theatre. Here she paraphrased Bergman as claiming humankind’s greatest sin to be coldness — an inability, or perhaps disinterest, in trying to connect with another. Bergman knew life was defined by the battle to fight this darkness of the soul and no film better reflects this than Autumn Sonata.

The movie is deceptively simple. A chamber-play between two, the story concerns a woman named Eve (Liv Ullmann), the wife of a small town pastor, who receives a visit from her famed-pianist mother Charlotte (Ingrid Bergman). The bulk of the movie plays out in long dialogues between the two, occasionally erupting into monologues which would pull any normal film down into the mud. But Bergman has a way with letting the theatrical intrude on the filmic.

To add variance, Autumn Sonata deploys brief visual flashbacks to childhood and young adulthood. Wordless and shot from a distance, these carry with them a mysterious nostalgic power, bringing to mind polaroid photographs taken by Andrei Tarkovsky (who also, by coincidence, collaborated with Autumn Sonata cinematographer Sven Nykvist on the 1986 film The Sacrifice). Regarding Nykvist, the cinematography of the film is lush and understated. Subjects photographed at either a perfect remove or in an intimate close-up against dull greens and bright reds across a haze of yellow.

Though most incredible of Autumn Sonata’s varied pleasures are the performances by Liv Ullmann and Ingrid Bergman. The back-and-forth between the two is captivating, the emotion heart racing. The simmering anger in the eyes of Ingrid Bergman as she speaks a gentle apology is an image that sears its way to the mind’s core. Afterward, Ullmann regaled the audience with a peek into the tumultuous production behind these stagings. Tales of Ingrid standing ground as an actress and Ingmar brought to tears. Dramatic to be sure, but not even gossip-that-juicy could explain fully the precise alchemy of Autumn Sonata.

I still think now of Liv Ullmann’s Eve revealing to her mother the deepest parts of her soul, before turning her head ever so slightly and staring just beyond the camera, perhaps straight into us, and saying…

“Everything coexists, grows together. Enormous patterns that constantly change. Do you see what I mean? In the same way, a limitless number of realities must exist, not only the reality we can grasp with our blunt senses, but a tumult of realities that arch over and around, inside and outside. Only fear and sententiousness confine us. There are no boundaries. Not for our thoughts. Not for our emotions. It’s anxiety that sets boundaries, don’t you think?”

At the end of Liv Ullmann’s Q & A she went on to tell of a trip to Macau during her humanitarian work with refugees. Ullman described landing on shore and being ushered toward a leper colony by a priest. At first hesitant, Ullman eventually entered the colony where she was confronted with a woman whose flesh was afflicted by the disease; the woman stood there, weeping. Still justifiably hesitant, Ullman allowed the embrace of the woman and let her weep into the nape of her neck. There, in that embrace, Ullman could have sworn she perceived the scent of her since-passed grandmother. The simple remembrance shook Ullman into remembering the truth of the situation — they were two humans, cloistered in embrace, finding light inside of darkness.

In Autumn Sonata, even the close bond of mother and daughter can be broken by silence and misunderstanding, the possibility of hope lies on the horizon but, first, the hard work must occur.