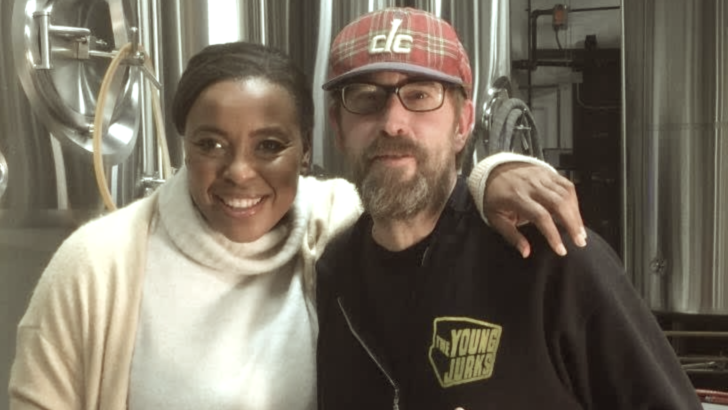 While a lot of politicians claim to understand the war on drugs or the dangerous nature of illicit markets, State Rep.-elect Nika Elugardo has unique firsthand knowledge.

Her dad was a dealer.

That was only one of many interesting revelations from my recent interview with Elugardo, whose 15th Suffolk District covers most of Jamaica Plain plus parts of Brookline, on my Disrupt Boston radio show, The Young Jurks. Here are some highlights from our hour-long sit down.

How do we ensure that the spirit of our Mass cannabis law is implemented in regards to helping those most disproportionately harmed?

What do we do in the cannabis area? We can have funds, because if we simply say we are going to make a preference for those who have been disproportionately held back by the very system and we don’t provide any funds for that, then it’s not going to be possible to overcome it.

The state rep you are replacing, Jeffrey Sanchez, opposed cannabis reform. How are you different than him on it?

My dad was a dealer, mostly large volume. It was horrible. I hated it because it is very dangerous. It creates violence, it perpetuates poverty, you see thousands of dollars going through in plastic baggies and meanwhile our water is getting cut off. When I was 11, my dad quit because I asked him to, but then it was hard because after that he suffered a severe depression and crack addiction. I saw a lot of things a child shouldn’t see.

What do you think is driving the wave of upsets by women of color we saw winning in this last election cycle?

The new wave of politics is, I work very hard and execute, I am accountable for my actions and I do it with my community—whether it’s Jon Santiago, a doctor; Rachael Rollins; or Ayanna Pressley, we all have that in common. I got to say about Rachael … I think she needs a special spotlight because to do what she has done, as anybody—nevermind a black woman—especially when you have people sketched out about the way you look, she obliterated her opposition both times. I love that woman; she is a unique person as a human being. I love you, Rachael. My team was amazing but I was more happy to see her win than even my own win.

We need to think about what is the role of public good. This is something we have really never nailed down. I say education, healthcare, and housing is for the public good. We were the first state to decide that education was for everybody and then the rest of the country followed through. Education, healthcare, and housing. These three things, people need them to survive.

Massachusetts Cannabis Control Commissioner Shaleen Title wrote an op-ed about harm reduction, legalizing other drugs, and other states are now considering it for hallucinogens. What do you think about legalization reducing addiction?

We have to do it very smartly. We have been watching some other countries that have tried. I have been speaking to a counterpart from Portugal, and it seems it has helped in some cities, countries, to legalize drugs. Some cities it worked, and some it didn’t work as well, so we need to look more to see what makes it work.

People like me who grew up in homes with negative impacts of addiction—the knee jerk is to say no, but the reality is we need to address the real problem just like we learned with prohibition. The real problem is mental health, behaviour health, and addiction; sometimes that’s tied to poverty or other past trauma and abuse. We need to put our money there and not on prosecution and incarceration.

Mike Crawford is a medical marijuana patient, the host of “The Young Jurks” on WEMF Radio, and the author of the weekly column The Tokin’ Truth, which is produced in coordination with the Boston Institute for Nonprofit Journalism. He formerly wrote the column Blunt Truth under the name Mike Cann.

This article first appeared at digboston on 01/03/19 and is re-posted here with the express permission of that fine publication.