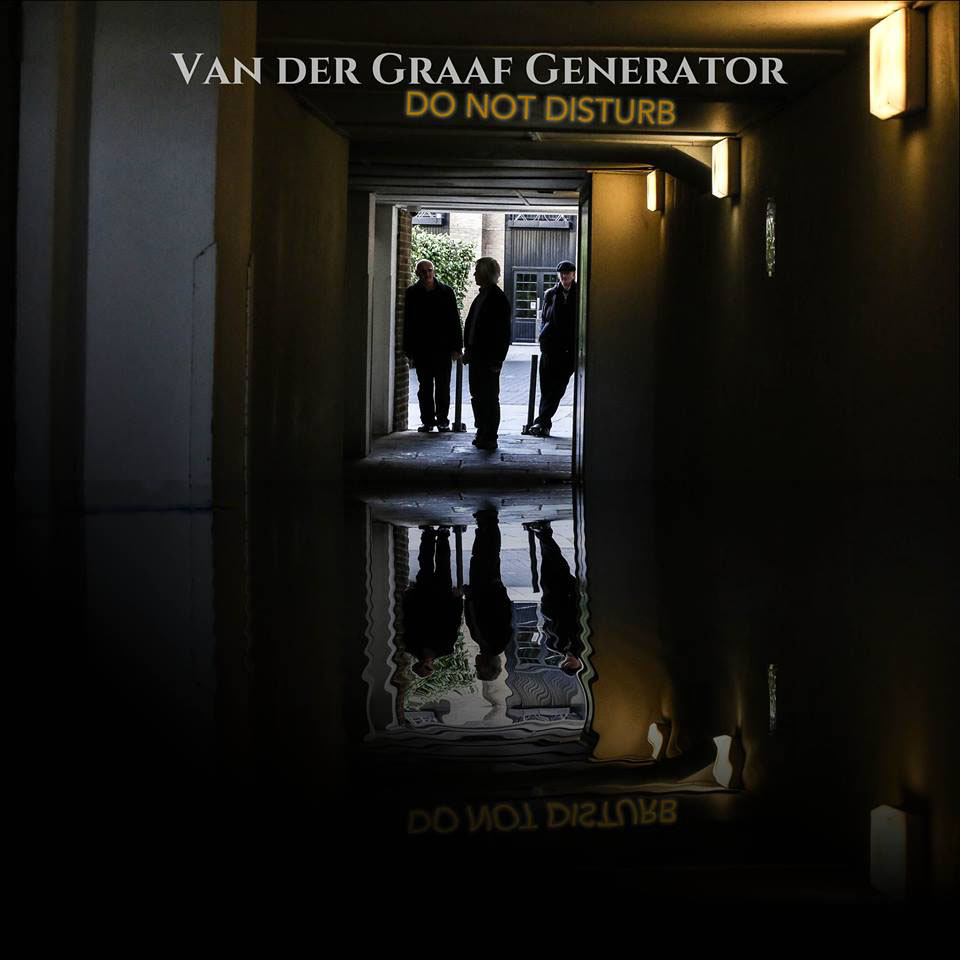 If you’re a band who’s been playing together since the ‘60s, you’ll likely fall into one of a few distinct categories. Maybe you’re like the Stones, playing huge arena shows where you churn out lethargic versions of your old hits night after night. Or maybe you were more of a B-list act to begin with and you’ve been relegated to the county fair circuit, playing to a fried-dough-munching audience who’s impatiently waiting for the greased pig contest. A third possibility, more unlikely than the other two, is that you’re still pushing the envelope in your old age, still making challenging music that might hearken back to your old sound but doesn’t rely on it as a crutch. Van der Graaf Generator belongs firmly in this third category.

Van der Graaf, a British prog-rock outfit who recorded the vast majority of their output in the ‘70s, has never been one to be boxed in. Led by the inimitable Peter Hammill, their work spans lush piano ballads, rhythmically-disorienting hard rock, and free jazz freakouts– often in the span of a single song. Unlike some of their prog peers, Van der Graaf have never made technically complex music for the sake of showing off; Hammill’s vision as a lyricist and a songwriter simply demands a high level of musical complexity.

Hammill and company are all nearing 70 and on their latest album, have proven themselves more capable than ever of making thrillingly complex music. Do Not Disturb, their thirteenth studio album and likely the band’s swan song, is a worthy addition to the Van der Graaf pantheon, able to hold its own against ’70s classics like Godbluff and Pawn Hearts. My one gripe is the production: it’s a bit too clean, too sterile, and not punchy enough, but thankfully the songwriting and playing more than make up for it.

“Aloft” is a strong opener, alternating between three sections: one languid and mellow, another frenetic, jerky and impossibly clever and wordy, and the third led by a lumbering, prog-meets-stoner-metal riff. It’s vintage Van der Graaf, with its multi-section structure and verbal acrobatics. On the second track, “Alfa Berlina,” the band comes as close as they ever have to writing a straightforward pop song. A sweeping, organ-driven epic, it’s reminiscent of “A Whiter Shade of Pale” or something by the Moody Blues.

There are a few things that distinguish Do Not Disturb from past Van der Graaf releases, its lyrical content being one. Alongside the usual metaphysical speculation, Hammill sings about subjects that are both more prosaic and more nostalgic than ones he’s tackled before: “Room 1210,” for instance, is about the loneliness of the road and the solace a touring musician takes in his hotel room. But before things get too down-to-earth, Hammill ramps up the metaphysics:

Time and event disappear but every wall has ears and the stories accrue.
Dimly he notes, spinning gears, he’s one among the ghosts whose lives have been spent in
Room twelve hundred and ten.

This rock star (surely a stand-in for a younger Hammill) isn’t just going to sit there and order room service. He isn’t even going to sleep with any groupies. He’s just going to speculate about the passing of time and the spiritual impression he’ll leave on the room after he checks out. That’s what makes this a Van der Graaf Generator song.

“Go,” the album’s closer, might be the band’s most anomalous track to date. Lacking the usual drama and histrionics, “Go” is meditative, drifting, and calm, exhorting us in its final moments that “it’s time to let go.” Without multiple sections, far-out polyrhythms or rapid-fire wordplay, it lacks the usual surprises we’ve come to expect from Van der Graaf. And that’s the biggest surprise of all.