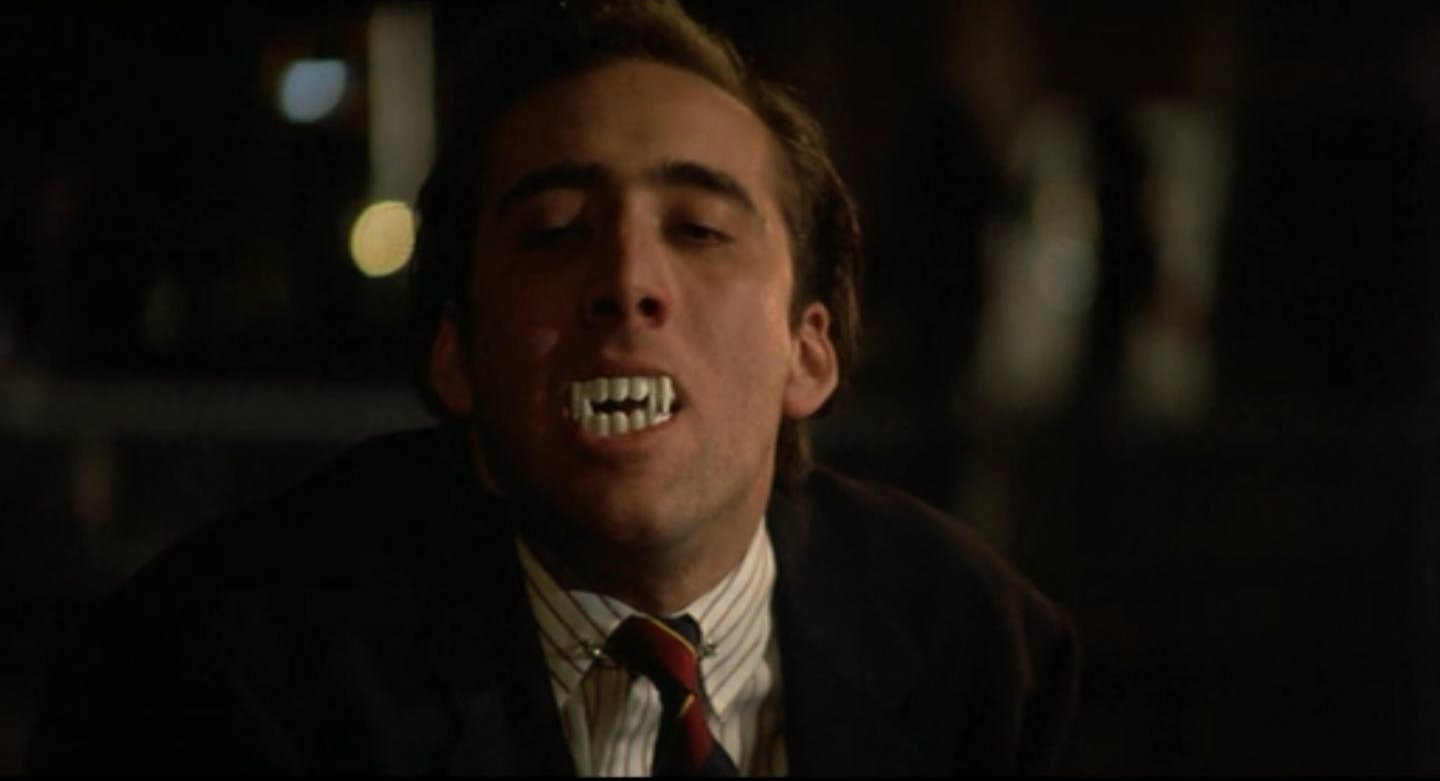 Vampire’s Kiss (1989) is the epitome of Nicolas Cage’s brand of overacted nonsense. It’s a film so laughable on the surface, yet painful as it drags on, that it somehow perfectly captures the unique horror fused with giddiness that comes with watching a dreadful cult classic.

Don’t get me wrong , it’s no The Room nor is it on the surreal level of a Neil Breen feature, but what Cage brings to screen is both memorable and, unfortunately, meme-able. 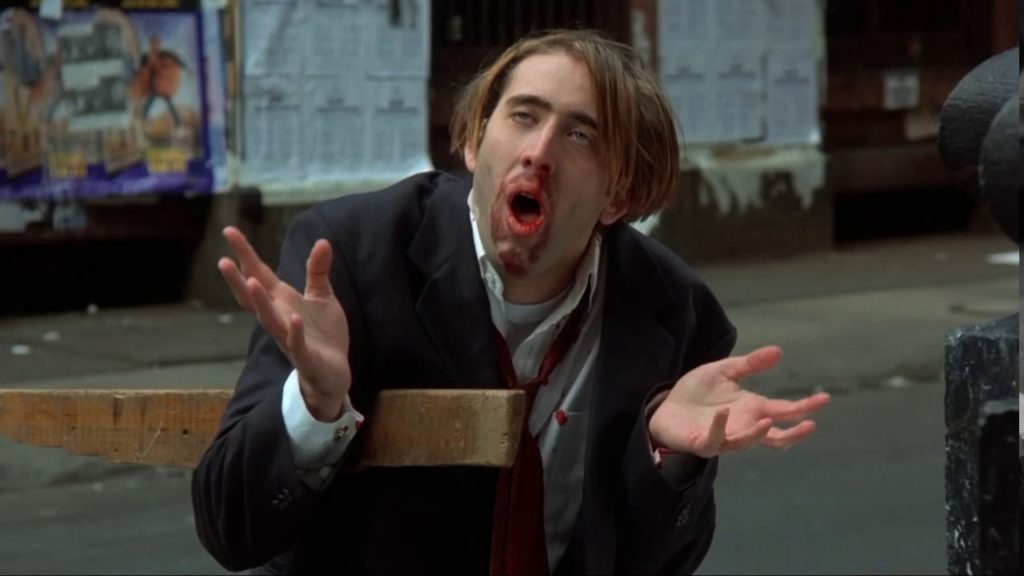 I can’t help but feel that Vampire’s Kiss is to Cage as… well… I’m not certain. There are the oldish Web classics like the overdone reference to Sean Bean’s line in Lord of the Rings and the occasional Austin Powers meme, but that haunting image of Cage staring down Maria Conchita Alonso, his secretary in the film, in a scene that can either be interpreted as an hilarious example of overacting or a dreadfully uncomfortable display of Cage’s inner rage.

If you’re unfamiliar, this is the story of a literary agent who believes he’s becoming a vampire as he gets turned on by bats and starts wearing plastic fangs. He kind of reminds me of this guy from Dating Naked, but without the same level of complexity involved with being a vampire. In fact, I’d probably assume that if a vampire saw Vampire’s Kiss, they’d be sorely disappointed with the way their identity is handled. But that’s if you believe anyone is really ever a vampire – I’ll let you make that call.

Then again, there are moments where the absurd seems to overrule the film’s own logic – I tried to find a scene where his character is moaning, dragging himself down the street, but I found this instead.

It’s silly, it’s over the top, it’s prone to bizarre tangents that seem absolutely shoehorned into whatever the film was trying to accomplish. Vampire’s Kiss, like Bad Lieutenant: Port of Call New Orleans (2009), is a playground for Cage to play in. Unfortunately, it’s less structured and far less interesting than Herzog’s effort at containing the Cage (which reminds me that I may need to revisit Bad Lieutenant, as the last time I saw it was in the height of Nic Cage meme hysteria – the only time period I can imagine as a personal Beatlemania). 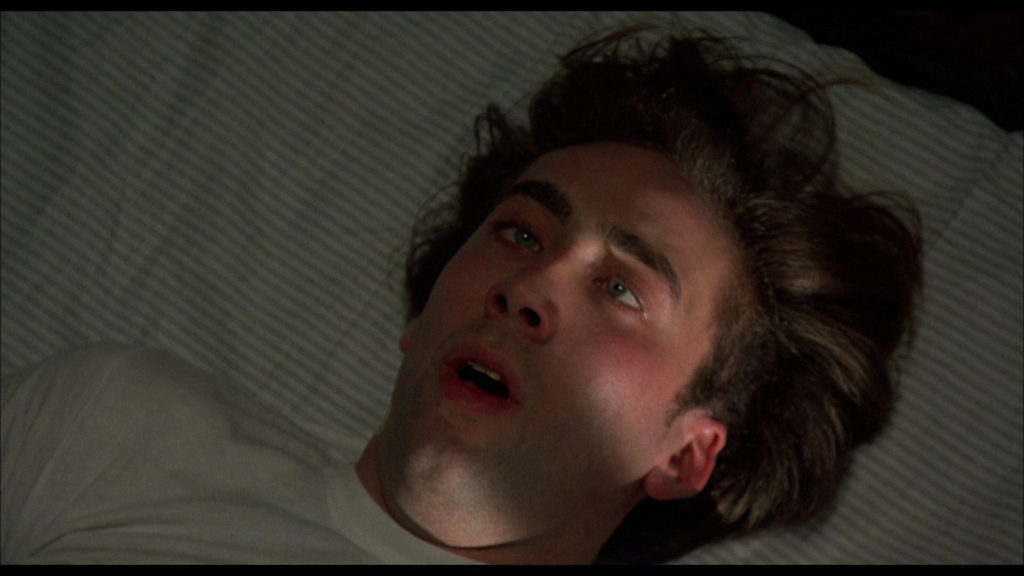 I do think there’s a certain magic to seeing Vampire’s Kiss on the screen. And, who can pass up the opportunity to see the MFA – the fucking M.F.A. – trying to explain their reasoning for bringing it to this level. Come on. Live for the gimmick, die by the promotion – that’s my motto.

And that’s why I’m seeing My Little Pony this weekend.

Part of the ongoing series On the Fringe: American Cult Films of the 1980s!