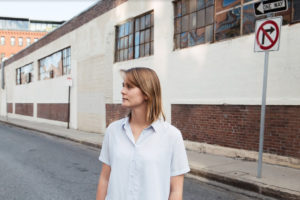 Tory Silver released her anticipated Live at Pete’s full-length album in December of 2017, following observere in May of the same year. The Ohioan singer/songwriter, currently based in Boston, has a series of local upcoming shows set to feature some of her freshest tracks, one of those shows happening at the Hassle’s own Dorchester Art Project venue on Wednesday, February 28th alongside Spirit Level and Banny Grove. Silver’s rich Midwestern, bossa nova, jazzy, and folky acoustic texture suit the live recording on Live at Pete’s, and a live performance setting, well.

Live at Pete’s is much more inventive than the typical singer/songwriter-sitting-on-a-barstool with-an-acoustic-guitar-perched-on-their-lap-and-the-raspy-vocal-pairing sound that might be expected, though. In fact, she doesn’t even perform with an acoustic guitar; she plays electric. Regardless, Silver combines the bluesy vocal timbre of early Feist with the fuzz rock elements of The Black Keys into a sonic harmony all her own.

On Live at Pete’s, Silver’s guitar strums, plucks, slaps, and chord progressions are technically spot-on. Warm and seamless, her riffs are original in their respect for the jazz tradition of walking bass lines, seen in the album’s opening track “There’s No Need,” as well as their more modern, layered call-and-response complexities, like on “Well I Guess I.” Silver balances enough of her apparent handle on the formalities of music theory with a unique reverb to hook her listener in for the next track, and the next.

The five-and-a-half-minute-long “Apartment,” specifically, captures a down-strum guitar phrase pattern at its halfway mark that could easily bore, but instead hypnotizes. The song’s down strum motif mellows and then builds into a delicious intensity, before it once again returns to solo guitar minimalism in sine wave fashion. Situated midway through the album—song 5 out of 10—could also make “Apartment” less memorable than its predecessors or successors, getting lost in the middle of the album’s collective whole. But “Apartment” highlights Tory Silver’s strengths spanning all of Live at Pete’s: her compelling thematic variation, ability to lure her listener in even with the simplest of riffs, and knack for reshaping a song’s initial direction with butter smooth ease.

Tory Silver also reveals that the songwriting portion of a singer/songwriter role is just as important as the instrumental accompaniment. Lyrically, her songs’ narratives support the intricacies of her guitar fingerings. Questions, instructions, uncertainty—her songs’ lyrical components tend to address a specific “you” character with a prominent “I” narrator asking for a response left undisclosed. “It’s All Relative,” as its title suggests, echoes this sentiment perhaps the most— “Oh, it’s a strange, strange feeling / To wake in the middle of a dream / But it’s all relative…Can somebody help me? / I can feel it all so deeply.” It all depends. What it depends on is unidentified and distant, dream-like and strange. All that lingers is an undeniable feeling. In the same way, most tracks on Live at Pete’s refuse to offer solidified answers and concrete takeaways. But Silver’s original lyrics—like her instrumentation—do give the listener enough to latch onto tonally, enough to ponder thematically, and instill enough curiosity to maintain interest.