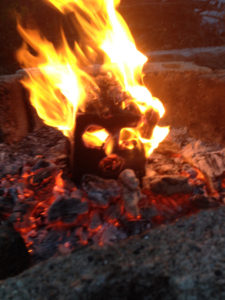 I don’t have much time. They are wai-
ting for me. I said I would do this,
though, so here we are.

Not sure what to say, really. I have o-
nly the foggiest of notions to convey
and none of them seem particularly im-
portant or enlightening. I guess that
is the point, eh? I really don’t know.

I like this. That goes without saying.
I’m not entirely sure what I should a-
dd. Is that what I’m supposed to do? I
know they are waiting so I should say
something. Is something, in this case,
better than nothing? I guess so.

It takes a lot of time getting things
together. That, really, is the whole
point. That is the point. This is the
afterbirth of that process, really. I
have nothing to add. Why should I? I
know how to write. I assume you know
how to read. But, that isn’t the poi-
nt.

Maybe it is. I don’t know. I don’t r-
eally care. That is a lyric. Interes-
ting context, but it has nothing to d-
o with this. A distraction, if you wi-
ll. Clever. Ha. I don’t know what the-
y want to do. But apparently it’s urg-
ent. When isn’t it urgent?

That’s another possibility. Convey ur-
gency. Well, okay. I have to go.