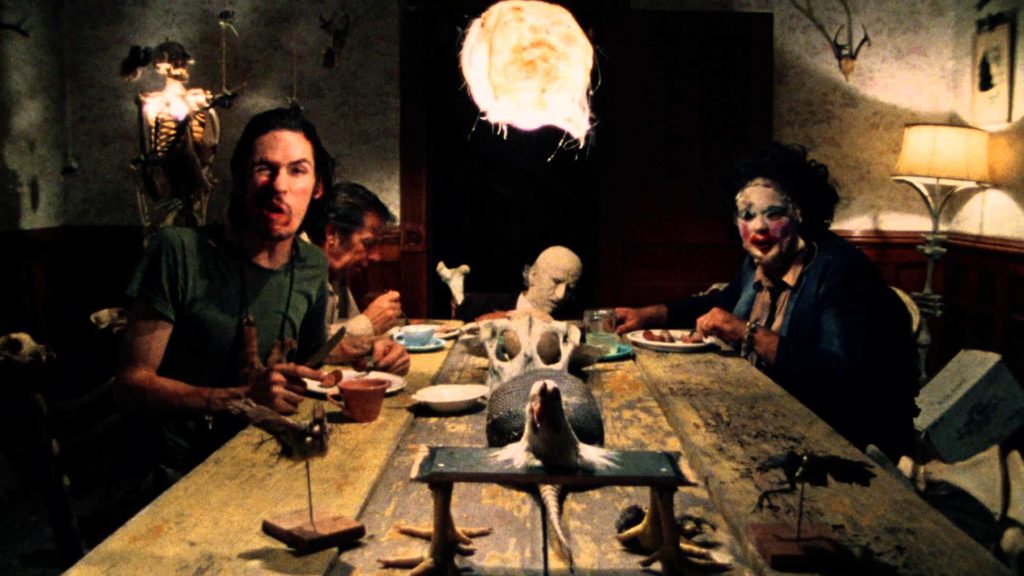 Like most folks with a healthy interest in horror cinema, I saw Hereditary last month, and like many, I’ve spent a good deal of time since thinking about it. It really is a hell of a movie, at once breathtakingly terrifying and astoundingly well put together, easily among the best to come out of the 2010s’ “elevated horror” boom (as our own Kyle Brunet said in his review, “Everything you’ve heard about Hereditary is true”). In between piecing together the film’s many mysteries– which, in the interest of spoilers, I will not get into here– I’ve marveled at the way director Ari Aster weaves in his influences without coming off as derivative. There’s The Exorcist, of course, as the film’s trailers trumpeted (which I really wish we’d stop doing; even when accurate, calling a movie “the scariest film since The Exorcist” is like calling a singer-songwriter “the next Bob Dylan”). There are also distinct echoes of Rosemary’s Baby, Don’t Look Now, and Psycho, for reasons that will be clear to those who have seen the film. But the point of reference that I keep coming back to is perhaps a less obvious one: Tobe Hooper’s 1974 classic The Texas Chainsaw Massacre.

On the surface, the two films don’t have much in common, beyond their genre and effectiveness. Unlike Hereditary, Chainsaw’s scares are firmly grounded in the non-supernatural, and its ragged aesthetic is a far cry from Aster’s Andersonian attention to detail. But the more I think about it, the more DNA Hereditary shares with the Sawyer clan (there’s probably a joke to be made there, but I’m a critic, not a scientist). 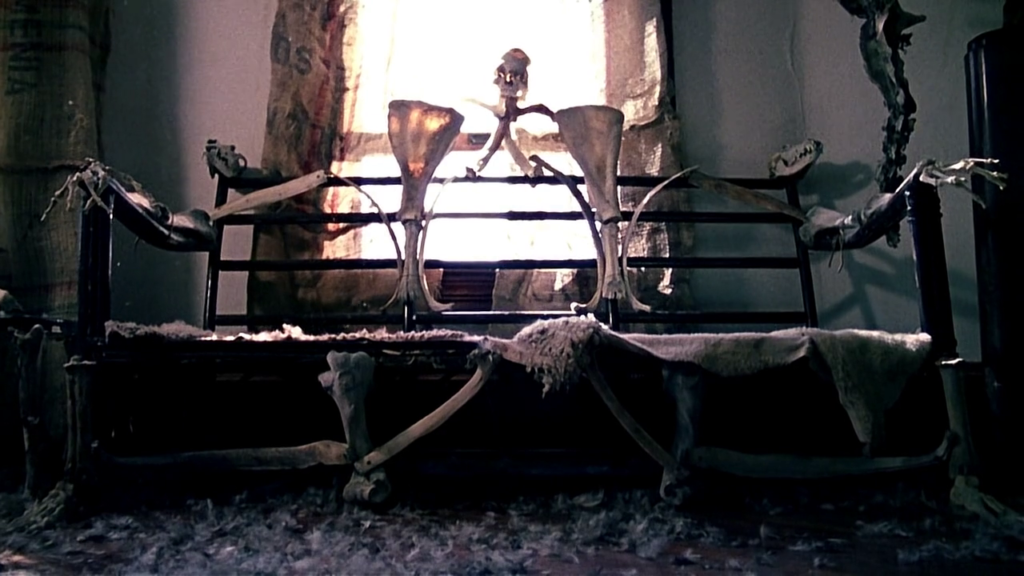 For starters, while Chainsaw adopts the feel of a fly-on-the-wall documentary, it is every bit as meticulously constructed as Hereditary. Take the scene where non-final girl Pam stumbles into Leatherface’s living room. The camera begins a slow, 360-degree pan around the room, each inch revealing more and more horrors– a pile of teeth, a live chicken in a canary cage, a literal arm-chair– before landing on the man of the hour. Consider: every single thing in this scene is there deliberately, either made or procured, and arranged just so for maximum discomfort across that long, excruciating sweep. Now consider that Hooper and his team filled an entire house with this stuff, much of which doesn’t get so much as a close-up. Just as Aster built Hereditary’s envy-inducing house from the ground up (and then filled it with multiple tiny versions of itself), Hooper created an entire, cohesive world for his nightmarish characters to inhabit.

That attention to detail extends beyond the art department. Like Hereditary, which drops devilishly subtle clues to the greater mysteries throughout its running time, Chainsaw spends much of its first act setting the traps that will spring shut on its hapless teens in the second and third. Some of these are obvious– does anyone really think that’s the last we’ll see of that creepy hitchhiker– but other, seemingly innocent locales and tertiary characters also prove more sinister than they appear. In both films, the characters are aware from the start that not all is well, but in neither case do they realize just how deep they’re in the shit from the very first frame. 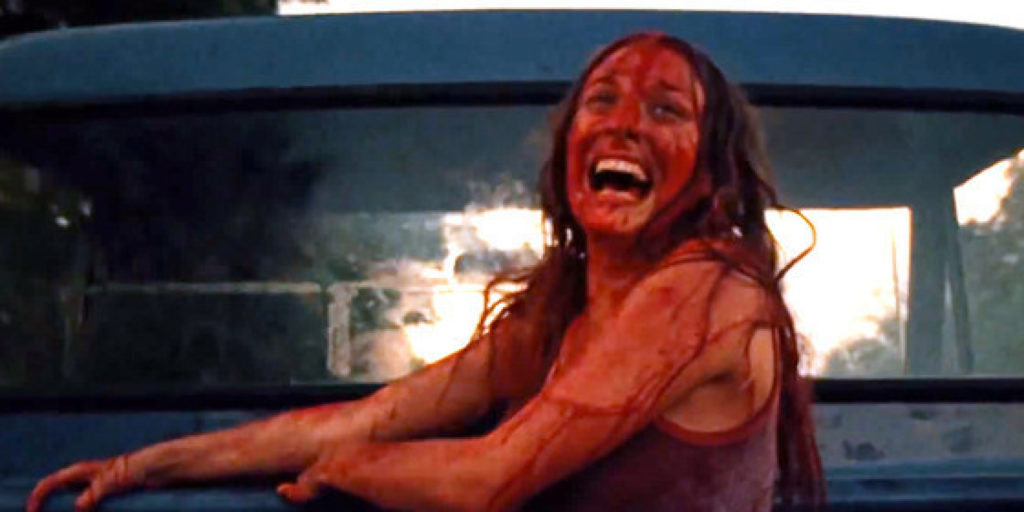 Which brings me to the way in which Hereditary is most influenced by its downhome forebear: both films are among the most relentlessly paced in horror history. This is not to say they’re fast paced, per se– the Hardesty kids spend a lot of time in that van, and even many fans of Hereditary will admit that it could stand a little bit of trimming– but where many films will space out their set pieces with moments of levity or exposition, both Hereditary and Chainsaw establish a base level of malice in their opening moments and slowly, but steadily, crank up the dread with every scene. By the time they reach their extended conclusions, both films have achieved a dreamlike, nearly subverbal level of terror– and then they just keep going. (It is at this point that I should also commend the underrated acting in Texas Chainsaw Massacre; Gunnar Hansen’s performance of Leatherface is deceptively nuanced, and Marilyn Burns, while not quite on the level of Toni Collette, sells the shit out of Sally’s nerve-shredding terror). By the time the lights come up on one’s initial viewing of either film, it’s not uncommon for them to let out a long sigh of relief, or to simply exit the theater, silently shaking.

One final, partially hypothetical point: Texas Chainsaw Massacre is a very interesting film to revisit. On first blanche, it’s difficult to see anything beyond the pure, blinding horror of it all, but subsequent viewings reveal how much is actually going on– not just in terms of the skill detailed above, but also in its genuine wit and black humor. So far, I have only seen Hereditary once, but I suspect a similar thing will happen when I revisit it. It’s been a month and a half, but I think I’m finally ready to give it another whirl. Check back with me when we get to Year Ender time.