I remember the first time I went to go see The Tale of Princess Kaguya so vividly it hurts. In a post- The Wind Rises “What is the future for Studio Ghibli?” haze, I went with a group of friends, expecting to see more of the same Ghibli animated fare that I had come to love so much after all these years. Directed by Isao Takahata, the man responsible for the darker more brooding end of Ghibli fare, The Tale of Princess Kaguya is a beautifully animated and highly imaginative take on classic Japanese folktale “The Tale of the Bamboo Cutter.” If numbers and awards are your thing, the film won Best Animated Feature at the 87th Academy Awards, and maintains a 100% rating on Rotten Tomatoes. But the numbers aside, let it be known: this is a really, really, really good film. 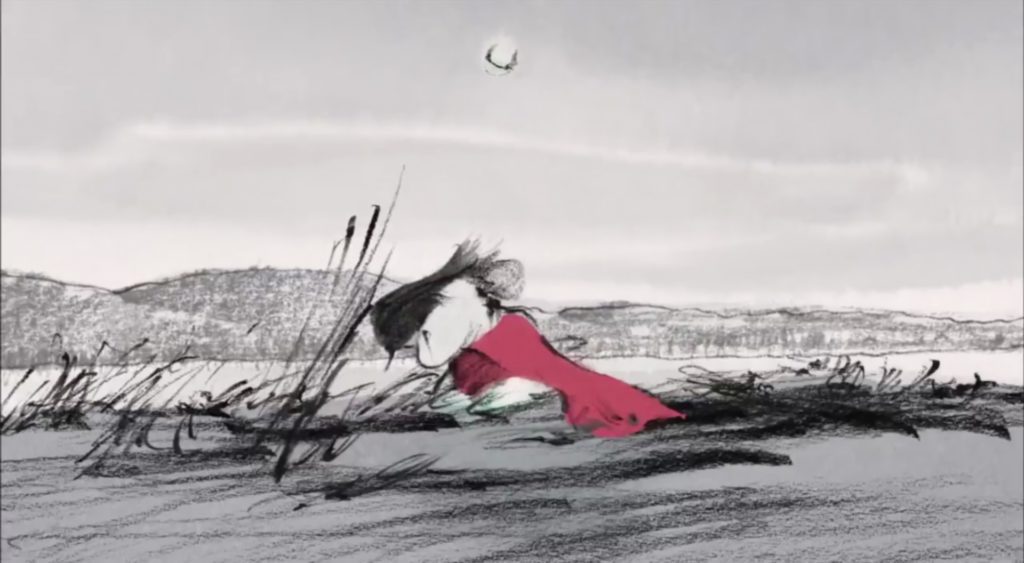 The story follows the story of an old bamboo cutter and his wife who raise a tiny child that the bamboo cutter finds one day inside a bamboo stalk. As she grows she enchants nearly everyone she comes into contact with all while discovering the truth of her past and current existence. The biggest standout of The Tale of Princess Kaguya is the animation. Far from the (dare I say) typical animation style of Studio Ghibli films, Kaguya boasts a very fluid, watercolor-like style of animation. While the specific backgrounds and character movements and expressions are certainly in a different visual style than previous Ghibli movies, the same sensibility towards emotion through body movement and facial expressions remains paramount. Vivid colors dancing on screen harkens back to Japanese emakimono paintings, visually punctuating the story’s folk-tale origins. Such beautiful visuals, supported by a breathtaking score by Studio Ghibli music composition mainstay Joe Hisaishi (his first time working with Takahata) and the masterfully somber storytelling aesthetic of Takahata will leave you feelings of nostalgia, loss, sadness, and hope.

Part of the ongoing series: Kids International: A GKids Retrospective

All screenings dubbed in English