Animation is one of the most under-appreciated mediums in the film industry today. Not like the Oscars know much of anything; it is telling that unlike all other categories of film, where genre and target audience is considered, animation is consistently snubbed and lumped into simply shorts and features. Animation is not a genre, it is a medium, and if there is one company that understands this more than anyone, it is GKids. 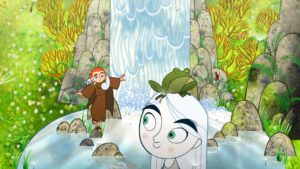 GKids? Does that mean that these are all children’s animated features? Well, yes, and no. Are they appropriate for children, yes. Are they meant for children, not necessarily. If there is one thing that animation’s constant lack of appreciation has given way to, it is the creation of films that certainly can be classified as for children, as that is what most viewers expect of an animate feature, but exist on an intellectual level highly appealing to all audiences. The New York based film distribution company GKids certainly recognizes this, and has consistently been bringing new, innovative, and thought provoking animated features to American audiences. 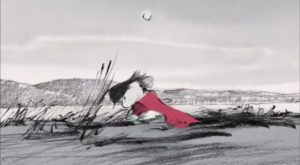 GKids was founded in 2008 by Eric Beckman, co-founder of the New York International Children’s Film Festival. The company went on to receive great acclaim for its Best Animated Feature nomination at the 82nd Academy Awards for its acquisition and distribution of The Secret Of Kells (which screened at the Brattle 7/21… don’t worry if you missed it, it’s on Netflix!). Since its founding, GKids has maintained a focus on 2D animated auteur/art house animated films. The company has maintained a discerning eye for the best of the best of domestic and international animated features. Fitting with their full company name (Guerrilla Kids) their attitude to film distribution is a guerrilla style approach, bringing top-notch animated features to the public eye and slowly but surely breaking down the misconception of animation as simply kids drivel, and showing how at the height of style what the medium can really achieve. 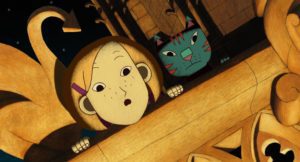